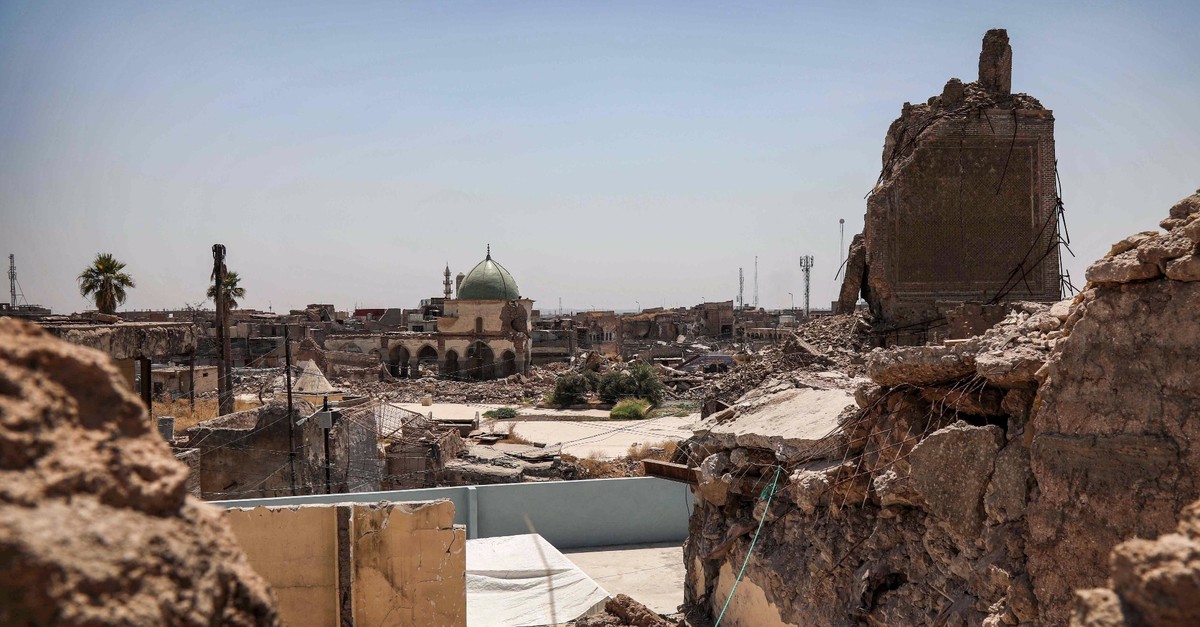 In the absence of a hegemonic security order, the countries in the Middle East seem to have increasingly invested in geopolitical competition for influence and primacy

The old Middle East, which came into being in the aftermath of World War I, lasted nearly 90 years till the outbreak of the second Gulf War in 2003. The occupation of Iraq by U.S.-led international forces and the dethroning of Saddam Hussein from power paved the way for a new regional environment in which the United States took full control of a sovereign country, Iraq, and much of the region attested to the rise of Iran and its Shiite ideology.

In contrast to expectations, the reinstitution of Iraqi sovereignty following the gradual phasing out of the American forces in the region and the formation of power blocks to contain the rising Iran have not brought back stability and order.

Neither the gradual scaling down of American military commitment in the region during the administrations of U.S. Presidents Barack Obama and Donald Trump nor the efforts of other global and regional powers to fill the emerging power vacuum have contributed to the solution of perennial security problems. The eruption of social transformation processes throughout North Africa and the Eastern Mediterranean and Gulf regions has not produced a stable and peaceful regional order either. The so-called Arab Spring soon turned into a cold winter as many of the countries experiencing profound social and political upheavals ended up in chaos, anarchy and civil wars. The political, humanitarian and security consequences of the Arab Spring have proved to be catastrophic and tragic, as the latest fratricides in Syria and Iraq have clearly demonstrated.

What are the key characteristics of the emerging security order in the region? The first observation to offer is that traditional contracts between authoritarian rulers and their subjects seem to have been irrevocably broken. It is not only that substate actors do now pose serious challenges to the territorial sovereignty of central governments but also a growing number of people across the entire region are demanding that their rulers provide them with dignity, well-paying jobs and hopes for the future. Unlike the past, today's rulers in the region have to cope with both external and internal challenges simultaneously.

Increasing geopolitical competitions at the regional level based on conflicting territorial, ideological, ethnic and sectarian viewpoints and growing social unrest at the domestic level create a challenging environment for incumbent rulers.

What has been unfolding in Iraq and Syria over the last 16 years show that many states in the region are artificial entities. A new social contract is urgently needed for many of them to remain as independent and sovereign members of international society. The challenge is that this is becoming more difficult to achieve each passing day.

Interstate boundaries in the region no longer exist as their designers had planned almost 100 years ago. Today's Iraq and Syria are no longer the Iraq and Syria of our fathers. Following the failure of pan-Arabist, secular and monarchic regimes to help create strong nation-states in their territories in the post-colonial era, groundbreaking developments of the last decade have further shaken the foundations of these states profoundly. The rise of substate actors has put into question their de jure and de facto sovereignty. The formation of a semi-sovereign Kurdish Regional Government (KRG) in northern Iraq and the growing self-confidence of some Syrian groups to follow in the footsteps of their Iraqi brethren is a textbook example of this reality.

Libya and Yemen are now engulfed in civil wars, and no one can ensure that Lebanon, Jordan and Gulf emirates won't follow in the near future. The rise of Daesh and other ethnic and sectarian entities across the region have made it abundantly clear that transnational movements/actors are now on the rise, and their growing geopolitical clout make existing territorial frontiers porous.

Politics in the Middle East now reflects the rise of cross-boundary linkages and networks. The cohabitation of multiple actors of different sorts in a system of loose borders and transnational loyalties makes the emerging Middle East resemble Medieval Europe.

Second, in today's Middle East there are no clear-cut lines separating foreign policy from domestic policy. Politics in the region now reflects an intermestic reality. The way developments unfold outside have immense consequences inside.

States in the region are increasingly formulating their foreign policies with strong internal motivations in the background and vice versa. For example, Turkey's effo

rts to get rid of the so-called Syrian refugees problem as well as open a peace corridor in northern Syria east of the Euphrates are intermestic in nature, aiming at addressing international and domestic priorities simultaneously.

Third, in today's Middle East traditional interstate rivalries do not always match current power alignments. The assumption that my enemy's enemy is my friend is becoming difficult to hold as emerging dynamics in the region appear to lead countries to sometimes face each other as rivals and enemies and at other times as partners or friends. It is no longer possible to talk about the existence of long-term durable alliance relationships. The boundaries of alliances have become more malleable than ever in recent years. It is apparent that two different countries, which are assumed to be in different camps by the criteria of the old Middle East, can easily cooperate if they find some common ground in the new Middle East.

Where to put Turkey and Iran for example? They are both rivals and solution partners in Syria. That Turkey and Iran lend their support in Iraq and Syria to different groups does not seem to have prevented them from improving their bilateral relations, particularly in the fields of energy and trade. Turkey and Qatar seem to have thrown their lot in with each other throughout the Arab Spring process, yet Qatar is not on Turkey's side in the emerging geopolitical competition in the Eastern Mediterranean region over energy resources.

While Qatar has taken many conciliatory steps to improve its relations with Israel and Egypt, Turkey is still at loggerheads with these countries. While Turkey, similar to many Sunni regimes, would feel uncomfortable with Iran's rising influence in the region, Ankara also strictly opposes any Sunni and/or Israeli attempt to form an anti-Iran Middle East NATO and put Iran under severe economic and political embargoes. While Turkey, similar to Saudi Arabia, would like to see Bashar Assad leave power in Syria, Ankara and Riyadh support different fractions in Syria and their geopolitical imaginings of the region are quite different from each other.

Global views on the region

Fourth, the new Middle East is fast becoming a playing field for geopolitical rivalries among great powers. Unlike the previous eras, today's great powers do not look at the region from an identity or ideological perspective. The democracy promotion agenda of the Bush administration has been clearly left behind by the Obama and Trump administrations. The United States is no longer in the business of nation-building in the Middle East. With the United States having become the number of one gas and oil producer in the world, its commitment to Middle Eastern peace and security seems to have eroded.

With more energy independence, the United States is now in a much better position to rebuild its relations with regional actors on more transactional and pragmatic grounds. Gone is the long-term American commitment to regional security based on durable alliance relationships replaced by an increasing American tendency to resort to offshore balancing strategy and forcing allies to take on more security responsibilities. Russia and China on the other hand try to court as many countries as possible in the region, while the geopolitical attention of the United State is turning away from the region to the Indo-Pacific region at an increasing pace.

Yet, neither of them is offering a credible blueprint for sustainable development and security across the region. Their approach is also pragmatic and instrumental. This suggests that today's great powers do not commit themselves to the solution of regional problems sincerely and out of hearth. How could one otherwise make sense of the latest peace plan of the United States with respect to the Palestinian dispute? Jared Kushner's so-called "peace plan" offers nothing but the perpetuation of Israel's unlawful control of Palestinian territories.

The post-Daesh era will likely see that solutions to problems in the Middle East will increasingly be sought through regional platforms and mechanisms for the United States, let alone other global powers, which have grown extremely reluctant to get involved in regional politics.

This might have both positive and negative consequences. On the one hand, the trend of regional ownership might strengthen, which might in turn lead regional actors to act more responsibly in their dealings with each other.

For example, it is worth noting that Sunni regimes have now begun criticizing the Trump administration's bellicose approach towards Iran. Despite the fact that they welcomed Trump's repudiation of Obama's legacy, they do not want to see that American withdrawal from the nuclear agreement and reactivation of embargoes on Iran result in a war. On the other hand, in the emerging post-American Middle East the region might descend into more chaos and anarchy in the short and medium terms. This is actually what is currently happening. In the absence of a hegemonic security order, the countries in the region seem to have increasingly invested in geopolitical competition for influence and primacy.