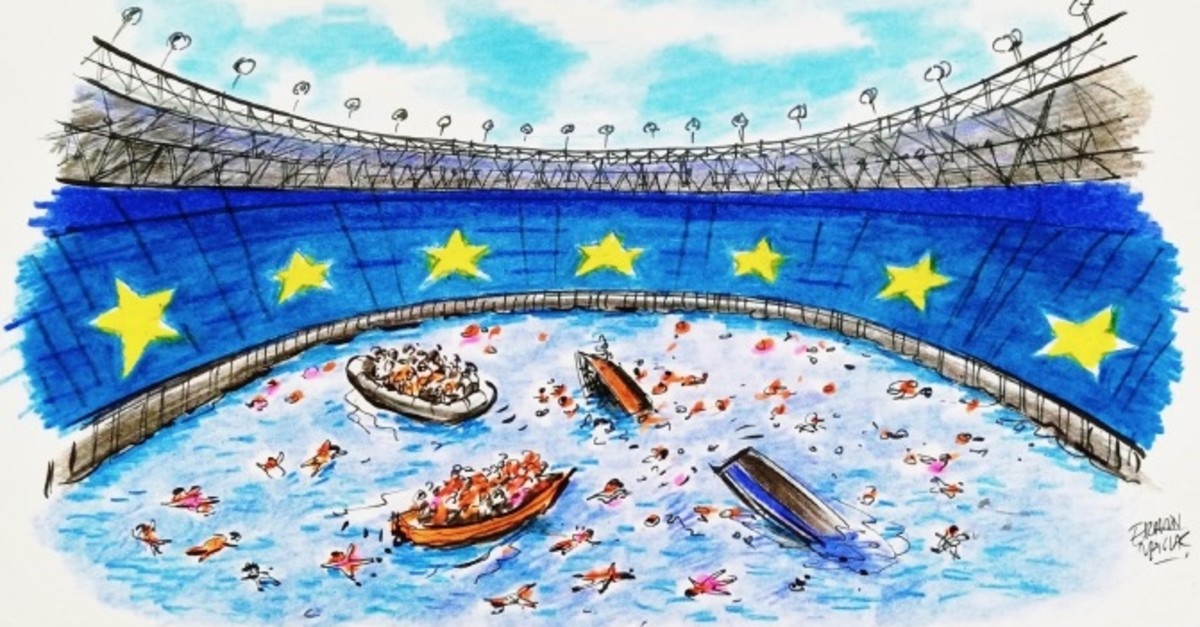 The EU needs a new approach on immigration that will satisfy the needs of the majority of its members; especially countries like Italy where refugees became a disproportionate heavy burden

Italy, one of the EU's largest economies, is struggling with a number of serious issues this summer. On the political side, it reached a critical stage after Prime Minister Giuseppe Conte resigned last week, bringing an end to the populist coalition government of Matteo Salvini's far-right Lega Party and anti-establishment Five Star Movement led by Luigi di Maio.

The fragile coalition collapsed when Deputy Prime Minister Matteo Salvini decided to gain control of the government alone, trusting his rising popularity in the polls. He decided to call for a no-confidence vote to drive the country to early elections.

While Salvini tried to play politics, Conte preempted that vote by announcing his resignation and leaving the decision to President Sergio Mattarella. Mattarella's first choice is to form a new government from the current parliament or to install a technocratic government to finalize the budget, instead of costly early elections and all the political ambiguity it will cause.

Salvini's political gamble came at a critical time for Italy and the EU, as Italy has to submit its 2020 budget in the next few months. If no budget draft is submitted, Italy risks sanctions for breaking the EU rules on deficits and public debt.

Italy like Greece is one of the most indebted countries of the EU. However, unlike Greece, Italy's economy is too big to bail out if things come to that point. A serious economic crisis in Italy will most probably prompt financial troubles inside the EU and that may also lead to a global economic crisis.

The third problem Italy is facing besides the political upheaval and financial insecurity is the refugee crisis. The Mediterranean is one of the main migrant routes from Africa and the Middle East.

There is the western route from Morocco to Spain, the eastern route from Turkey to Greece, where the number of arrivals has sharply dropped following the 2016 deal between the EU and Turkey, and then there is the central route from Libya or Tunisia to Italy. EU's Frontex border agency says arrivals via this route have dropped significantly following the controversial deal in 2017 between Rome and the Libyan coastguard. However, the immigration issue is still a cause of frustration inside Italy and in its relations with the EU.

Similar to Turkey, the EU was not prepared to deal with this huge influx of refugees towards its borders. This humanitarian tragedy born of wars in Syria and elsewhere revealed several realities about the strength and normative values of the EU.

The most striking one was the EU had little influence in the geopolitics of the Middle East but had to deal with the consequences. Secondly, the possibility of greater migration flows, combined with the stark reality of the EU's limited will for refugee absorption forced it to make concessions to Turkey and Lebanon for keeping Syrian refugees within their borders in return for financial aid packages to address the living conditions of the refugees.

Thirdly, there was little solidarity shown with the migrants. The refugee crisis helped the hand of euroskeptics and populist leaders who used this issue for their benefit. Finally, the EU was unable to deal with the refugee issue as a united body. Many member states are divided over immigration.

When it comes to Italy, Rome feels abandoned by the EU on this issue and says that Italy is not a refugee camp for Europe. According to the Dublin agreement, the EU obliges the country of "the first arrival" to keep all illegal migrants. Italy demands reform because the Dublin agreement imposes disproportional responsibilities on them.

Additionally, Brussels has proposed to recognize Italy and Malta as landing points for all migrants arriving in the Mediterranean region as "the safest and nearest port." Italy strongly disagrees with this option.

With very few European countries accepting refugees, Rome fears that the majority will stay in Italy and it will be impossible to repatriate them. These developments led Italy to take drastic measures to control the situation, such as adopting a decree that could fine unauthorized migrant rescuers up to 50,000 euros ($55,454) who are at the end trying to save lives.

In truth, many refugees often prefer to continue their journey towards the north, to richer countries. And with these rules, Italy, Greece, Malta, and Spain, which are the front lines of migration routes to Europe, become buffer zones for richer countries.

The EU works for a common European asylum system with binding laws and standards grounded in international law. However, the large numbers of migrants and the public reaction make a common agreement difficult. The EU needs a new approach on immigration that will satisfy the needs of the majority of its members; especially countries like Italy where refugees became a disproportionate heavy burden. However, this is a highly difficult task to achieve for the type of divided bloc that the EU has become nowadays.