From Atbara to Khartoum: The many phases of Sudan's revolution 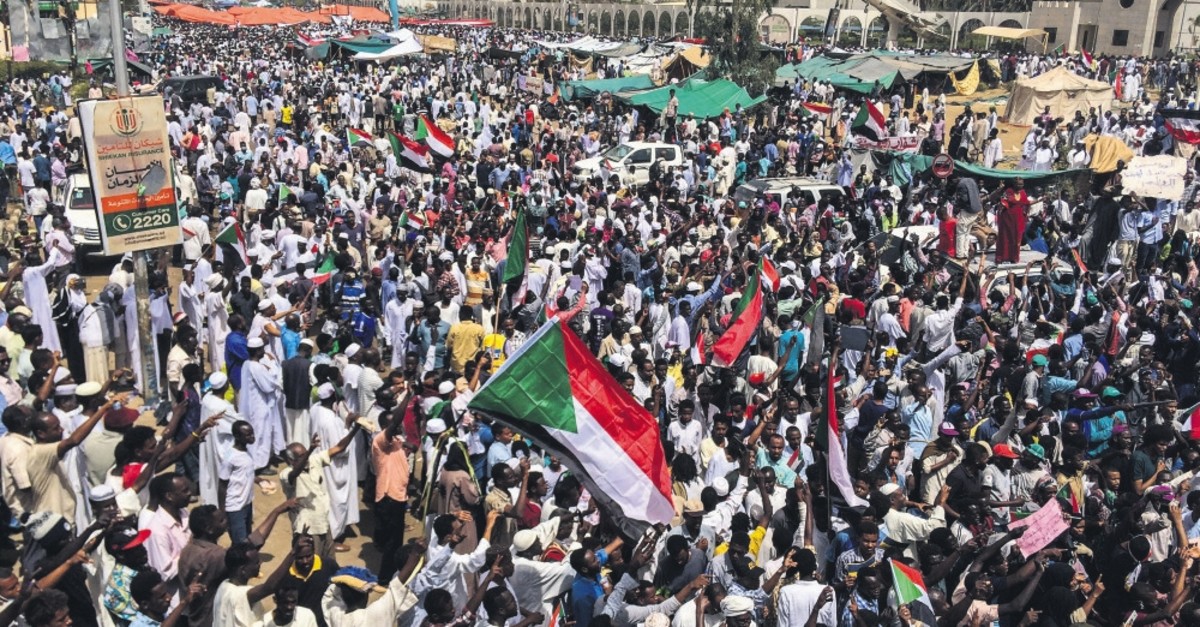 The transitional period has many things in store for Sudan and its people, let us hope that a civilian-led democratic political dispensation is one of them

On Aug.4, the Transitional Military Council (TMC), Sudan's ruling military junta, and the Forces for Freedom and Change (FFC), a coalition of pro-democracy groups representing protesters, agreed to implement a constitutional declaration that will eventually thrust Sudan into a civilian-led political era. This underlined the willingness of both the TMC and FFC to bring the political cul-de-sac and violence that Sudan witnessed to a fruitful end. Winds of hope caressed Sudan. Meanwhile, protestors and the FFC are holding onto cautious optimism – the leap to democracy is not over. On Aug. 17, the constitutional declaration was signed into implementation. Sudan's revolution entered a new phase – full of hopes, but also uncertainties. Jubilation and celebrations erupted throughout the country. In the small town of Atbara, where the revolution was ignited and spread, protesters declared victory over the military generals.

Sudan has entered a crucial phase in its democratic quest. Since December 2018, when protests first erupted, the nation witnessed gruesome violence coupled with uncertainties. And with a three-year transitional period ahead, many hurdles await Sudan.

Changes and twists in Sudan's political and social arena are emblematic of this African nation's historiography. The military establishment feels challenged and undermined. Counter-revolutionaries are also lurking from dark corners. The revolution is not over – many new phases await it. Hence, there is benefit in remembering how Sudan came to this point, lest we forget, while a revolutionary democratic journey awaits Sudan.

On Dec. 19, 2018, in the small town of Atbara, thousands of protesters took to the streets. The price of fuel and bread had skyrocketed. Most of the locals couldn't afford to buy basic supplies. Soon protests erupted in other nearby small towns in the northeast river Nile region: in Barbar and el-Damer. In Atbara, protesters burned the local branch office of the ruling party.

Grievances over basic needs and inflation morphed into anti-regime protests. Solidarity chants and slogans called for the downfall of the military regime of Omar al-Bashir. In the following days, protests spread to the eastern city of Gadarif, where the police shot 22 protesters. In Rabak, protesters also burned down the ruling party's offices. In el-Obeid, protesters and security forces engaged running battles with one another. In the conflict and genocide afflicted region of Darfur, protesters took to the streets in Niyala and el-Fasher. Sooner than later, the protests spread to Khartoum, the capital city.

The regime reacted with sheer brutality and violence, but the protesters were not to be intimidated or tyrannized. Sudan had entered another revolutionary moment, and it was a matter of time before the regime collapsed

.On April 6, in the capital Khartoum, protesters reached the military headquarters after more than four months of incessant protests. Thousands camped outside for days as security forces brutalized protesters – targeting young women and mothers leading protests and bringing meals and water. Sudan came to a standstill. The whole country was in lockdown. The fall of the regime was necessary and inevitable.

On April 11, the military announced that president al-Bashir was ousted and arrested. A military coup was under way headed by Defense Minister Awad Ibn Auf. After 30 years of military rule, the regime of Omar al-Bashir collapsed.

No to military rule

Despite the ousting of al-Bashir, protests continued and protesters called for the total removal of the military regime. The fall of al-Bashir was only the beginning of the revolution. Only a civilian-led government could only take protesters out of the streets. And who will trust the military after what happened in neighboring Egypt? On April 13, Ibn Auf himself resigned a day after he took power. In a televised speech, he announced his resignation from the ruling military council and handed power to Lt. Gen. Abdel-Fattah Burhan. Rashid Saeed, spokesman for the Sudanese Professionals Association (SPA), the impetus and organizers of the protests, termed the resignation of Ibn Auf as "a bow to the will of the masses."

Yet, still protests continued. The "will of the masses" was crystal clear: a Sudan led by a democratic civilian government.

On June 3, Sudan's revolution entered a dangerous phase. In the early hours of that day security forces, consisting mainly of the genocidal Rapid Support Forces (RSF), initiated a crackdown on protesters camped in front of the military headquarters that was to last the whole day. Internet and electricity were blocked throughout the country.

After the crackdown was over, more than 120 protesters were dead, with more than 400 severely injured. Later that week civilians recovered bodies of protesters from the Nile. In the end, we might never know how many people were killed on the June 3 massacre.

The FFC revoked all agreements with the TMC and suspended all negotiations that were ongoing. The revolution and its gains were in danger.

A counterrevolution a la the Egyptian style was anticipated already by the protesters and the FFC. Mutual contempt and distrust engulfed both the TMC and FFC.

The RSF – headed by Hamdan Dagalo (Hemeti), a general already viewed as an enforcer of the Saudi-UAE-Egypt axis interests – was leading the crackdown on the protesters. The Sudanese revolution had come head to head with the geopolitics of the region.

The African Union (AU) Peace and Security Council suspended Sudan from the AU after the June 3 massacre. With blood on the hands of the TMC, the AU demanded the restoration of constitutional order in Sudan and a transition to civilian-led democracy. Protests continued to rage throughout Sudan.

All agreements and negotiations broke down. Sudan had veered into dangerous territory.

On June 7, the Ethiopian premier arrived in Khartoum. Abiy Ahmed Ali called on both sides to invigorate and start talks and renew negotiations. He met with both the TMC and FFC separately. The young premier, already doing wonders in his country, salvaged the Sudanese revolution.

On Aug. 17, Sudan's revolution entered a new phase – but definitely not the last. Now that the constitutional declaration has been signed, already uncertainties and qualms have emerged.

Moreover, the equal sharing of the members of the sovereign council – the body that will rule Sudan in the transition period – between the TMC and FFC has been criticized by many protesters.

Furthermore, a duality of power and struggles in the sovereign council could emerge eventually. With divergent interests between the TMC and FFC, this is a possible scenario. Sudan is not yet out of the woods. Three years of transition is a very long time in terms of politics.

Sudan has a history of coups and counter-coups, revolutions and counter-revolutions, and a power-usurping military establishment. The transitional period has many things in store for Sudan and its people, let us hope that a civilian-led democratic political dispensation is one of them.

* Teaching assistant at Ibn Haldun University's Sociology Department. He writes on societies, politics and nationalism in the Horn of Africa region