Reorganization of the OIC vital for tackling hate 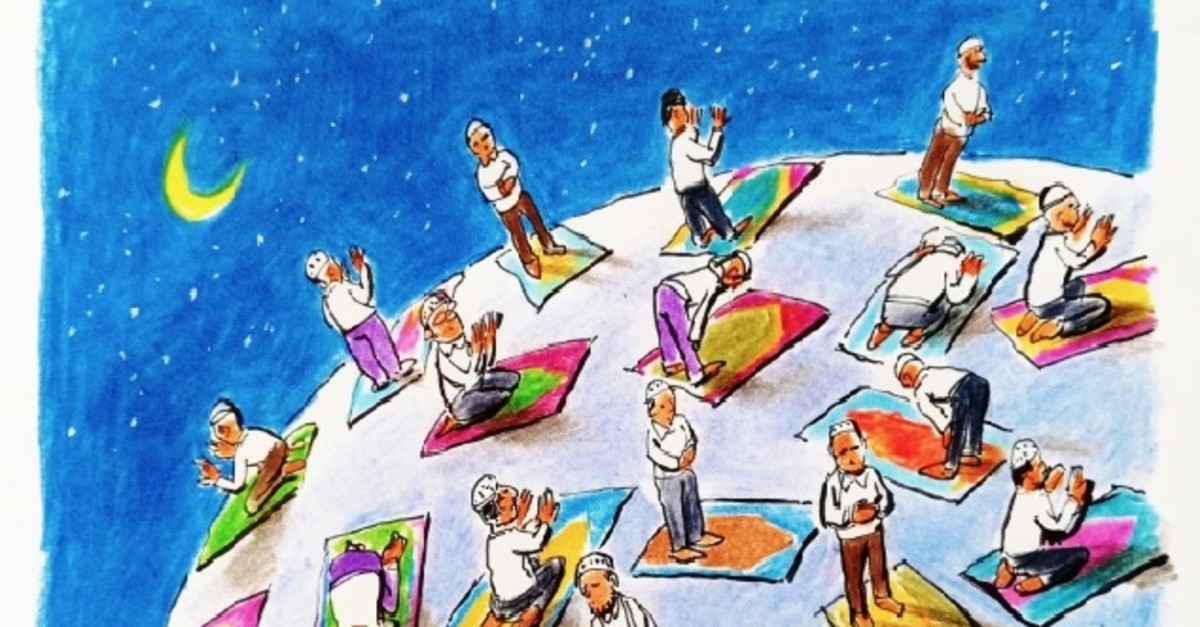 Muslim minorities have been facing unprecedented hostilities, persecution and distrust in almost every country. The ongoing Kashmir crisis in Indian-Administered Kashmir – a potential nuclear flash point – is one among many existential threats knocking at the door of the Muslim world.

The unilateral move by the Indian right-wing government over Kashmir may eventually lead to ethnic cleansing and genocide much more devastating than in Palestine, Syria or the Myanmar Rohingya Muslim genocide.

Overall, the situation for Muslims seems to have changed ominously, as hating Muslims has become a part of mainstream politics in the modern and secular democracies of the West and Asia alike.

As a result, unapologetic Muslim haters in hordes have been rising to power in America, Europe and Asia marking an in erosion the Western ideals of tolerance and justice. Two prominent pathological Muslim haters are currently running the presidencies of the oldest and largest democracies of the world. The rise of right-wing anti-Muslim governments imposes a great challenge for the Muslim world.

How to prevent hate

If there is anyone who can help prevent the genocide of Muslims it is the Muslims themselves. If that reality was different, then perhaps there would not be an estimated 60 million Muslim refugees today who have been fleeing wars and genocide in their own countries.

Some of these wars are imposed by Western countries and others by their own governments. If this reality is ignored today, the situation for Muslims may turn extremely tragic and the genocide similar to one propagated by the Buddhists of Myanmar or the one starting to happen in Kashmir could someday be replicated in all corners of the world.

To prevent genocide and the ethnic cleaning of Muslims and unjust wars from being imposed on Muslim countries, a greater responsibility must be assumed by the Organisation of Islamic Cooperation (OIC), which, therefore needs an urgent overhaul.

Overhaul of the OIC

The OIC has to assume greater responsibility. But the inherent problem within it is that it lacks vision, leadership and competence to draft a coherent policy for the Muslim world. The OIC lacks military power and hardly presents a unified stand for conflict resolution on matters of great importance to the Muslim world.There are a number of problems with the OIC. Firstly, the OIC headquarter is based in Saudi Arabia and a significant proportion of its finances come from the Gulf Cooperation Council (GCC) member states.

Therefore, Saudi Arabia and the United Arab Emirates (UAE) have a significant impact on the conduct and policies of the OIC.

Secondly, the Saudi-led GCC block is tightly aligned with the West, especially the U.S., France and Britain. Another country with which Gulf countries especially the UAE and Saudi Arabia have close business ties with is India.

These relationships have severely undermined and restricted OIC power to go against these countries even if their policies encourage wars against fellow OIC member.

Thirdly, powerful OIC member Saudi Arabia is competing for influence with rival power Iran, and internal bickering with fellow GCC member state Qatar has all but diminished its already dwindled influence in the Muslim world.

In such a hapless scenario, it is hard to imagine the OIC will ever present a coherent strategy to halt crimes against Muslims. Fourthly, due to extraordinary Saudi and GCC members influence on the OIC, any recalibration of the organization must be in line with the interests of the U.S. and the West.

And as long as Saudi Arabia and other GCC countries remain the main driver of the OIC that realignment is not going to happen anytime soon. Unfortunately, the OIC, despite the huge resources available to it and the sheer strength in numbers, continues to fail in its duty to halt crimes against Muslims.

Therefore, in the changed dynamics of world politics that is expected to be very unfavorable for Muslims, the only way for the 57 members of the OIC to wield real power and safeguard the interests of fellow Muslims is through bold reorganization of the OIC.

In fact, it would make great sense if Arabic-speaking countries form a separate Arab-OIC bloc or merge the Arab League into it; the member states of this formation could include the Gulf states, Egypt and North African countries.

That will help the Arab-OIC to refine and limit its focus on the affairs of the Middle East. It is no secret that some of the Arab countries in the OIC have been a source of friction and embarrassment for the rest of the Muslim world.

One example is the UAE awarding India's Prime Minister Narendra Modi the country's highest civilian award at a time when his policies have encouraged persecution of Indian Muslims and took away civil liberties of Kashmiri Muslims.

Likewise, it had been a source of great embarrassment when Saudi Arabia awarded U.S. President Donald Trump the highest civilian award of the country at a time when he had banned the entry of Muslims to the U.S.

Up until now and with the reins of the OIC under Arab and GCC members, the OIC has remained impotent and nothing more than a hollow organization that failed to prevent the Rohingya Muslim genocide; moreover, it failed in Syria and did little to alleviate the suffering of Palestinians. In short it is a failed organization.

Muslim countries of Southeast Asia and the Indian subcontinent must establish a new independent "Asian OIC bloc" that will include the member states of Turkey, Pakistan, Indonesia, Malaysia, Bangladesh and Brunei.

And, the rest of the Muslim countries in Africa, Central Asia and Iran must be given the choice to choose the OIC they would feel would best safeguard their interests. The West is focusing its attention on Asia and President Donald Trump recently revealed an East Asia policy in which it encourages India to play a proactive role.

The primary focus of Trump's East Asia policy is the containment of Chinese power and curtailment of a proactive role of Turkey vis-a-vis the Muslim world.

In this game, Pakistan surely is a bystander target due to its strategic location. In case of armed hostilities between India and Pakistan, which have become imminent with India unilaterally revoking Kashmir's autonomy, a great humanitarian disaster can be unleashed and the worst sufferers would be Muslim minorities not only in India but in other neighboring countries where Muslims are a minority; the people could be subjected to a Myanmar-style genocide.

Malaysia, Indonesia and Bangladesh would not escape the effects of war. One of the important components in the Asian OIC must be a military wing, like NATO. The Asian OIC military alliance must be empowered to intervene militarily to protect the lives of Muslims. An attack on an Asian OIC member must be considered an attack on all its members.

Therefore, the need for an Asian OIC is vital for safeguarding the interests of Muslims not only in their region but beyond, especially in the Middle East. As an impotent Arab OIC will lack military muscle power they will depend on the Asian OIC, which will possess enormous military strength with alliance and close cooperation from the militaries of Turkey, Pakistan, Malaysia and Indonesia.