The Turkish community in Germany: The Gastarbeiter issue 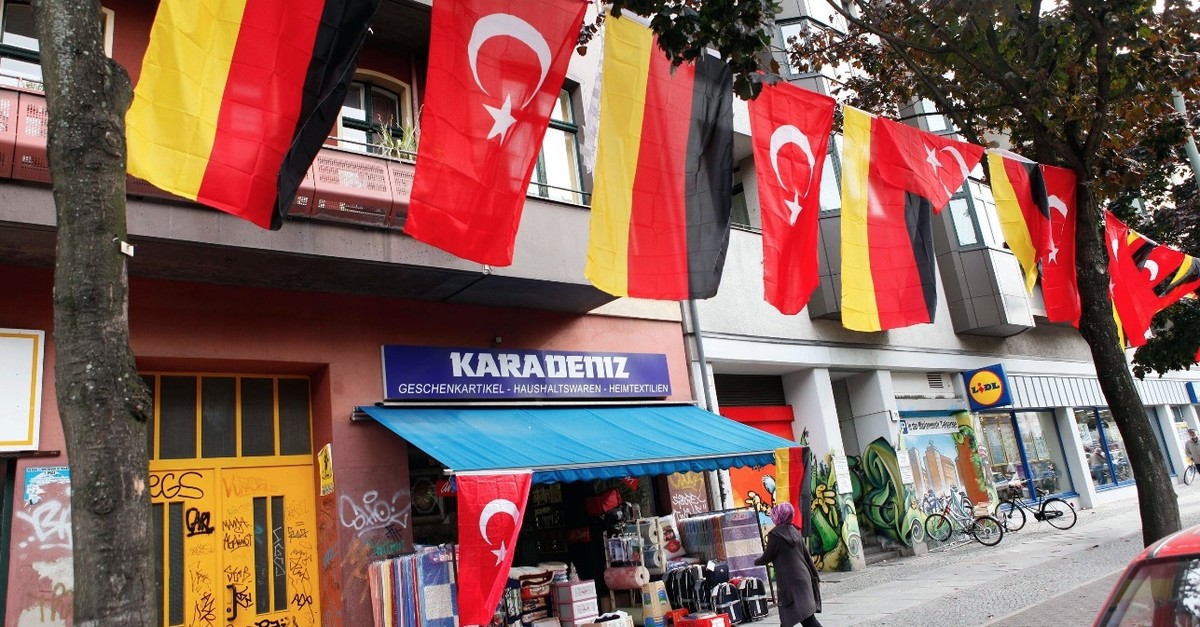 A shopkeeper in Kreuzberg, a district with a large Turkish population, has hung German and Turkish flags outside his shop in Berlin, Oct. 7, 2017.
by Robert Rigney Sep 04, 2019 12:12 am

"The integration of Turks in Germany has totally failed," claims Alternative for Germany (AfD) head Alexander Gauland. The fact of the matter is that most Turks – now into their third generation in Germany, and many with university degrees – are well-adjusted in German society.

But how was it in the beginning, with the first wave of Turkish gastarbeiter (guest workers in German), when Turks were truly foreign bodies in Germany? In many ways German society was – paradoxically – more tolerant toward immigrants at that time, despite bouts of everyday racism that would seem inconceivable today.

Mehmet Demir, a Kurdish Turk from Tunceli in east Anatolia, who has been living in Berlin, in Spandau, since the early 1970s, remembers well the way it was back in the days when the spray-painted slogan "Türken Raus!" – "Turks out!" – was a frequent sight on the walls of Kreuzberg and Wedding, working-class districts in Berlin with a high percentage of Turks and other immigrant groups.

"The Germans wanted gastarbeiter," recalls Demir, "and they got human beings."

The first Turks came by train starting in 1963 to Munich and from there were channeled north to Berlin and other German cities. Most came from small Anatolian villages, rather than Istanbul and the bigger cities. The German state summoned them, paying for their travel expenses and accommodations.

"Germany received us with davul and zurna," a bass drum and a kind of trumpeted Turkish clarinet, traditional Turkish instruments, reserved for ceremonial events, recalls Hatice Kalender, another long-time Turkish immigrant in Berlin who is now a German citizen. "They were happy to have the Turks."

Berlin back in the 60s and 70s was a city still scarred by the Second World War. Everywhere in Berlin stood vacant lots and bullet riddled facades, while the factories on the fringes of the city, like Siemenstadt in Spandau or the Ford Werk in Zehlendorf, suffered from lack of manpower – which was gladly supplied by Turks, Yugoslavian citizens, Greeks, Italians and other nationalities who came to Berlin as Gastarbeiter.

Mustafa Tekoğlu, who came to Germany in the sixties to study at university and eventually found work translating for Turkish factory hands, recalls the way it was with the first Turks in Berlin.

"They were brought over like animals and made to live in dorms on the periphery of the West Berlin districts. And of course what they needed were interpreters, because people couldn't make sense of each other."

Tekoğlu recalls that a lot of the Turks lived near Gesundbrunnen and in Wedding where there was a dormitory. The Turks said "gesundbrünnen," because we couldn't remember the name. Let's say, rather, "kesik brün," which means "cut-off nose." Someone would say "Where do you live?" and the Turks from Wedding would say, "I live at 'cut-off nose.'"

Suddenly the quarters of the city took on totally different names. For Görlizer Bahnhof they said. "Gülüzer Bahnhof," Gülüzer being the name of a woman.

And then there was the confusion surrounding the German word "Öl," oil, but which in Turkish means, "Die!" or "Damn you!" "Go to the devil!" Suddenly the Turks thought, "The foreman is telling me to go to the devil! What gives? I'm going to make a complaint!"

"The word 'frauen' was also different," says Tekoğlu. "In Turkey we say, 'firavun,' which means pharaoh, like in ancient Egypt. The Turkish women were frauen and they were on the other hand 'firavun.' The men said the Germans were clever because they called our women, "firavun." Such were the lexical permutations – and many more. I have determined more than two hundred examples."

The idea was back then was never that the gastarbeiter would stay in Germany. Rather, they saved up every penny they earned and invested it in building a house where they were from in Turkey. Many bought Mercedes, fancy clothes and drove back to their villages, spreading largess and playing the role of the successful returned immigrant, sowing seeds of resentment in the hearts of those who were left behind, so that even until today Turks in Turkey speak with scorn about the so-called Almancı – a kind of despicable nouveau riche type halfway between German and Turkish known for his show-off manners.

These days the Turkish wave is over. Today when Turks from the outer villages of Anatolia wish to leave their hard-scrabble villages and come to the wide world, they go to Istanbul rather than Germany. Also it is not possible for Turks to make the kind of money in Germany anymore that they made when the Berlin Wall was still standing.

"Back then they could really save money," says Mehmet. "Today it's not possible to save money. It's only possible with hashish, or that sort of thing, by dealing. They also earn a bit, still. It's a bit of a tough racket. But you hear that it's profitable. Of course, I don't have any direct knowledge."

Today the old gastarbeiter are pensioners living in Berlin, playing cards in old Turkish social clubs or frequenting the many mosques of the city, while their children bring up children of their own. Many speak only broken German, but they have found their niche in German society, many even adopting the ways of the Germans, so that the question has to be posed: Who has not integrated? The Turks or the Germans?

"It's been fifty years now – not a single word in Turkish have the Germans learned," says Tekoğlu. "But the Turks learned. Look at me. I can talk. I don't want to be impolite, but I can say to their faces, 'You Germans, you haven't integrated. We have integrated!' We carry ourselves like the Germans, our children or our grandchildren. This state of affairs has to find resonance with the government. The people, who worked hard as gastarbeiter, integrated themselves into society and became multilingual. I am amazed at how people make themselves understood in a variety of languages. They speak German perfectly. They even celebrate Christmas. But the Germans, none of them have ever celebrated Bayram."

* American writer and journalist based in Istanbul