Westminster mutiny: PM Johnson off to Brussels or on the way out? 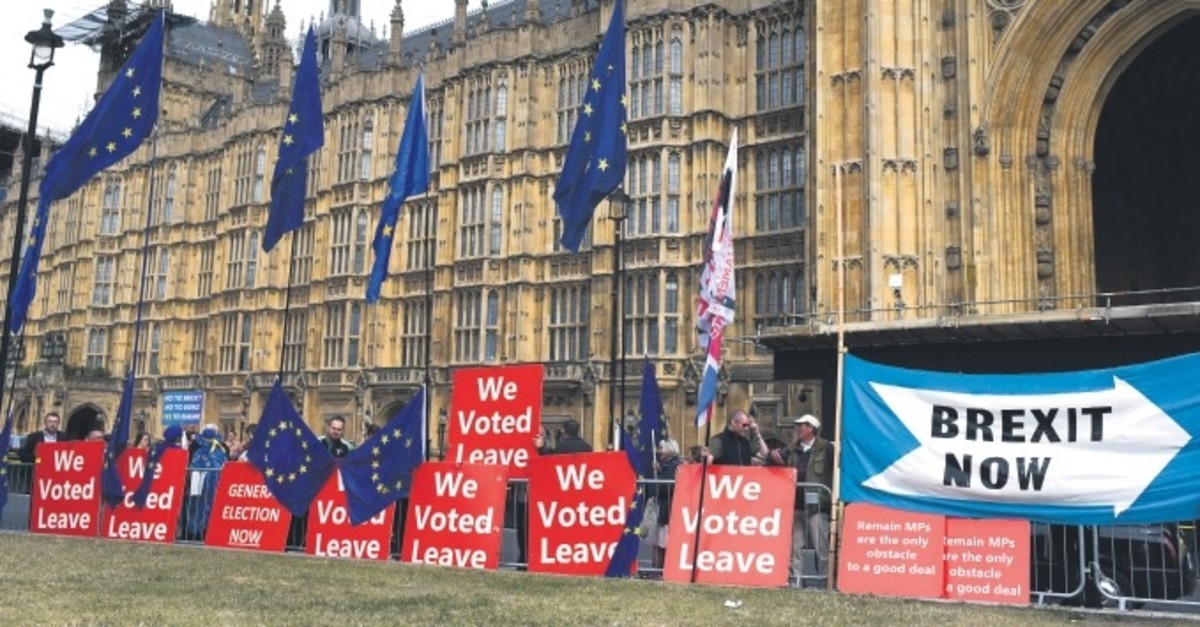 Will British Prime Minister Boris Johnson survive the next couple of months? Can opposition leader Jeremy Corbyn get his act together and become a serious challenger? Could Brexit be delayed again? Moreover, are there going to be early elections and if so, when exactly? Might those 21 former conservative parliamentarians expelled by Johnson try and come back even stronger? Crystal balls anyone?

By next Monday, after initial votes in that direction, both the British House of Commons as well as the House of Lords are set to ask Prime Minister Boris Johnson to travel to Brussels asking for a further three month extension to achieve a structured exit from the European Union instead of risking a "no deal" Brexit come Oct. 31, 2019. The prime minister says "no way" and would rather hold early elections. Yet, his problem is he lost big time earlier this week when suggesting just that to U.K. lawmakers; chances are he will lose once again this coming Monday when the proposal is going to be tabled again.It is heartbreaking that a country known for its parliamentary democracy, a nation which embraces diversity and has traditionally welcomed new arrivals with open arms is paralyzed; paralyzed ever since the year 2016 when former Prime Minister David Cameron decided to save his position by ill-fatedly asking his electorate to support his pro-EU stance only to lose everything he had ever worked for.

So what is new? What merits another Brexit story? Frankly speaking, above all else the deteriorating levels of political culture Britain was once famous for.

Many of our readers are familiar with how schools and universities in the United Kingdom prepare future graduates for surviving in the harsh reality of having to fend for oneself. A very helpful tool in this context is to learn how to debate, it is to learn how to present an argument and accept to live with fair criticism while never surrendering to unfair verbal tackles.

At the height of Theresa May's Brexit ordeals, a fellow commentator explained to me that we need not worry – lively exchange of views including in national Parliament is what we are used to, and it is what we are actually supposed to embrace.

However, regardless of whether you are pro-Brexit or against it, style levels have deteriorated in a constant downward spiral. Raised voices, sarcasm, cynicism, at times even outright insulting language have become the order of the day. If we then add the drama of a speaker of the house – who would in all modesty be better suited in a leading role on stage instead of managing over 600 elected lawmakers – who is supposed to calm down the minds and egos instead of inflating them further by inflating his? If the speaker seems to interpret himself as the real powerhouse and without control of his voice at times almost seemingly sliding off his chair in a manner unseen in continental assemblies, instead of an eloquently yet modest intermediary, why should politicians on both sides of the house speak differently?

Many observers were utterly surprised if not outright shocked by Johnson's style of speaking on Tuesday while he was defending his government's policies and reacting to opposition politicians comments. Johnson did not shout, but he certainly did not speak in a hushed voice either.

Normally the term windfall profit refers to non-planned additional positive developments in a financial sense. For the sake of clarity and making a stern point of warning, let us employ this term in its adverse hypothetical meaning: Some leading personalities who are currently involved in preparing the United Kingdom for Brexit seem to have nothing but that one issue on their minds.

The majority of the British public who voted to "leave" in 2016 are not right-wing demagogues who hate multiculturalism or are against "the other." They were against an ever growing EU superstate interfering in the day-to-day activities of the EU's population, a totally different stance.

The most illogical factor in all of this is the apparent resentment vis-à-vis future EU migration. The question in the 2016 referendum was not detailed enough so as to find out what the electorate really thinks but with three million citizens of EU origin living in the U.K., the numbers are no small issue. If the referendum question would have been worded in the sense of "we want all three million EU residents to leave," less than 10% of the public would have ticked the "leave" box, if at all.

It is a strategic, perhaps clever, albeit highly dangerous manipulation of the 2016 result to now come up with proposals to curb immigration from EU countries.

Every country not aligned with the EU most definitely has a right to come up with its very own immigration policies. Yet it is one thing to say just that, or to single out a particular group of former immigrants who are now residents.

Recently, the Brexit debate in the U.K. has boiled down to immigration and regaining control of their borders instead of coming up with solid proposals for a structured exit whilst maintaining as close a trade and human relations with the other former fellow EU member states as possible.

Theresa May's government did not propose anything tangible in this regard, and at least until this very day neither did Boris Johnson's new team.

Hard facts: Can Johnson get his way?

Scenario A: On Monday, Parliament in line with the House of Lords asks Johnson to go to Brussels to seek another three month extension in the case of that no structured deal can be reached by Oct. 31, 2019.

In all likelihood Johnson will not agree and propose another motion in the House of Commons to hold early general elections. That motion will be defeated.

Scenario B: Same as above but Parliament with a two-thirds majority accepts the early vote proposal and elections will be held around mid-October.

Scenario C: Same as in B but Johnson manages to postpone the election until after October; hence Britain can either leave the EU with or without a deal as he is still the prime minster. Technically speaking a prime minister can postpone a date for a vote if there are enough significant reasons.

And here comes the "House of Cards" analogy: In all those scenarios a certain factor of surprise is inherent. Above all else, who guarantees that Johnson would win in a general election? Who guarantees that the Brexit party would lend their support to Johnson allowing for more Conservative MP to get elected instead of their own should any have ever contemplated the thought of passing the "first past the post" threshold?

And perhaps the most intriguing hypothetical aspect of all is the following: 21 former Conservative Party rebels waiting in the aisles to oust Boris Johnson at the earliest possibility by whatever means – would they perhaps go so far as to allow a Labour government to take over in case some of those rebels get high-ranking ministerial posts in return?

Verdict: The Brexit saga continues but early elections are now a serious option as long as the Labour Party thinks it could actually win. Needless to say, Boris Johnson thinks that he would win. Interesting days ahead across the English Channel.