A new Windrush with Brexit? 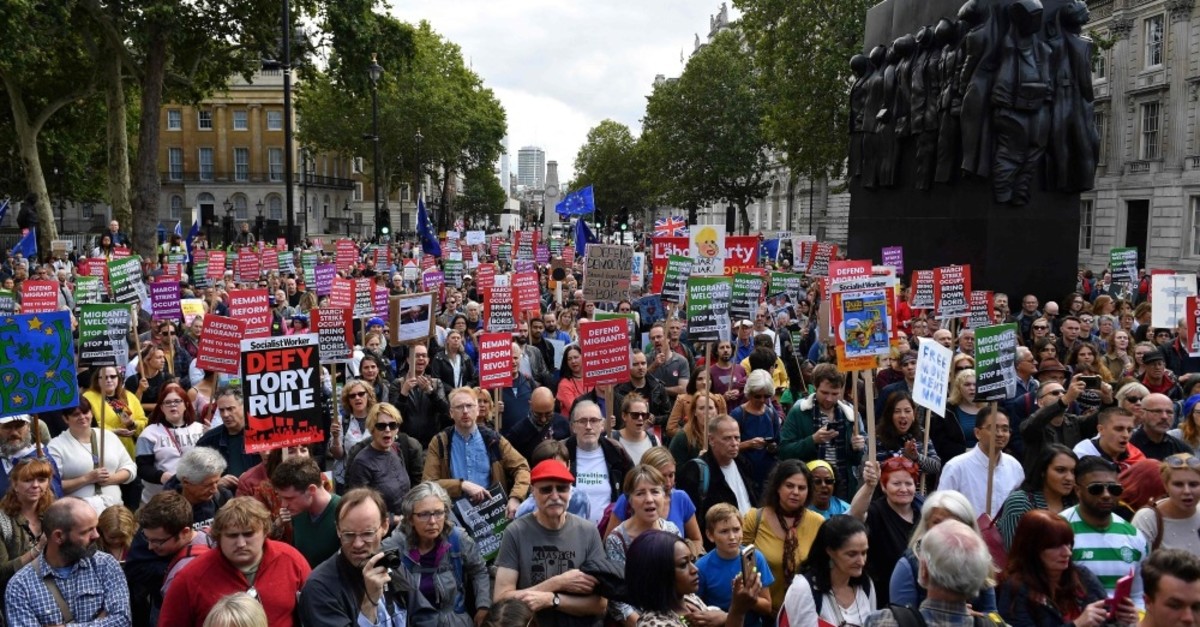 In order to avoid a repeat of the shameful ‘Windrush generation' migration scandal, EU nationals should take care not to fall afoul of new U.K. immigration rules

"An American actress who is marrying a member of the royal family will be fast-tracked to British citizenship. Yet, the Windrush generation invited here and born in the British Empire is being hounded out. Imperialism for you." A human right activist said. In the U.K., there is a battle between the Parliament and the Tory leader, Britain's new Prime Minister Boris Johnson, after he set in motion the suspension of the U.K. Parliament. That means Brexit is just eight weeks away. But, while all this is happening, there is a big issue that should be solved and that makes EU citizens worried – ending the free movement of EU citizens in the U.K. EU citizens living in the U.K. could become the next victims of the so-called "hostile environment" immigration policies which have hit the "Windrush generation."

In a "no-deal" Brexit, Britain plans to end the European Union's freedom of movement rules immediately after it leaves the bloc on Oct. 31. Three years after the Brexit referendum, the more than 3 million EU citizens residing in the U.K. still have no guarantee and clarification what their legal status will be after Brexit.

To crown it all, last week, Prime Minister Boris Johnson's insistence on ending free movement increased the tension on the immigration rights and the identity in Great Britain.

Therefore, this issue reminds us of the scandal that the Windrush generation faced last year. As remembered, in 2018, the Windrush scandal, which led to the resignation of Amber Rudd as home secretary, exposed how the government was wrongly deporting people who could not prove their immigration status, having come to the U.K. from the Caribbean as children in the 1950s and '60s.

There is increasing awareness that the current EU Settlement Scheme will lead to a new Windrush debacle due to the constitutive nature of the scheme.

In this regard, a report published by the DCU Brexit Institute proposed a legal suggestion for lawmakers to protect EU citizens from a new Windrush. According to the report, the constitutive nature of the EU Settlement Scheme will lead to "Windrush situations" on a massive scale since people might fail to re-enter the country after a visit to family abroad, be refused free health care treatment, miss job offers or be fired, lose benefits, or ultimately get removed because failing to apply by the deadline would mean they have not acquired any status.

The report also warned that whatever the efforts undertaken to reach the more than 3 million EU citizens in the U.K. to register, even a minor percentage of them failing to do so will still lead to a high number of people facing dramatic consequences; and it will be particularly those less-informed and the weaker in society who will fail to apply in time.

This means that a European Union national living in the U.K. – possibly as a doctor, a nurse, a trauma surgeon, all kinds of things – goes home to see their family in France or Poland or wherever else and is not allowed back into the country. This kind of scenario would end with another Windrush, on steroids.

On the other hand, the British Home Office is trying to dispute the comparison to Windrush as they explained EU citizens can apply for settled status until the end of 2020. They said EU citizens would still be able to move freely between the U.K. and Europe until a new immigration system was put in place, apart from facing some extra checks to stop some categories of criminals entering Britain. Ending freedom of movement without putting legal provisions in place for those EU citizens who have not yet successfully applied through the settlement scheme will mean that millions of lawful citizens will have their legal status removed overnight.

In April 2018, thousands of elderly British or virtual British residents mainly from the Caribbean who came to the U.K. as children before 1973 were finding themselves treated as illegal immigrants and fired from jobs. They were being denied welfare benefits, housing and health care and made homeless and destitute.

European nationals will have the same conditions after Brexit. The recent immigration White Paper published in December 2018 shows that there will be no significant effort to change the system into a fairer way and less harmful for the immigrants. The White Paper was trailed as creating an immigration system based on "skills."

The scheme is designed to fill vacancies in sectors such as construction and social care which are heavily dependent on EU labor and which ministers fear could struggle to adapt when free movement ends. In a report published by Migration Watch, this paper is explained as following, "The chief winners will be business, as they exploit the bonanza of a huge new pool of labor from around the world while continuing to avoid their responsibility to the public to recruit and train up local talent."

In the U.K., it does not look imminent that cross-border labor can be managed without being in favor of xenophobia, without the government's invitation for people to go home, without populist discourses like European Union citizens jumping the line for jobs, without creating a hostile environment that unlawfully deports British citizens.

Thousands of EU nationals must not be allowed to fall foul of the new U.K. immigration rules. If the U.K. has learnt anything from Windrush, it must be that the rights to British citizenship of children and adults should be the first priority of all. They cannot let that shameful moment in history repeat itself.