Adapting to climate change is not optional 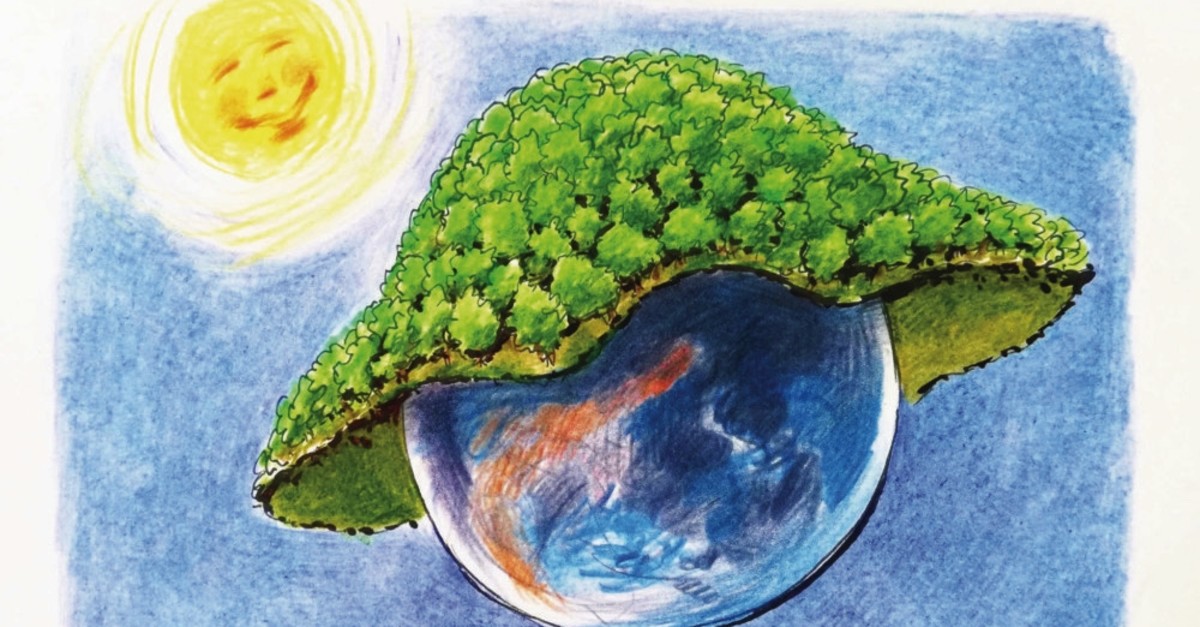 As the effects of climate change have been felt more and more in recent years, high-income countries now understand its effects in a more evident fashion, and climate change has grown into a major parameter for plans and projects

Turkey increasingly feels the adverse effects of climate change daily. The number and severity of meteorological and hydrological disasters including storms, torrents, floods, hail, heavy snow, droughts and forest fires has significantly risen across Turkey, which sits on a large mass of land and in various climate zones.

Over the last decade, the number of reported hydro-meteorological disasters has doubled in Turkey, amounting to nearly 600. Such disasters cause a great deal of loss of life and property.

Caused by heavy rains, the flood and landslides had a profound impact on the city of Düzce on July 17 and 18. Some 262 people were rescued from the flood water from rooftops and trees. As a result of search efforts, seven people, including four children who had been reported missing in the district of Akçakoca and Cumayeri, were sadly found dead.

The disaster also had an enormous adverse impact on infrastructure and the local economy. Almost 500 buildings were damaged. Some 141 kilometers of road were affected by landslides, and 95 bridges and culverts collapsed.

The drinking water grids of 41 rural settlements were damaged, and 40 villages were affected by agricultural loss. A total of 1,175 farmers, 5,898 decares of hazelnut groves, 125 decares of vegetable patches and 39 fisheries suffered damage. In the town of Akçakoca, a tourism destination, some facilities ended up being nonoperational, and marine pollution occurred due to materials swept up by the floodwater.

The governor declared Düzce a disaster site. Those affected by the disaster were treated as disaster victims. Search, rescue, damage determination and improvement efforts were conducted by institutions and agencies in charge by 7,773 staff members and 3,179 vehicles.

The Ministry of Environment and Urbanization kicked off clean-up mobilization to restore the beautiful 60-kilometer coastline of Akçakoca. Divers were commissioned to clean up logs and a wide array of waste dragged by the flood into the sea.

Last year, other cities in the Black Sea region, especially those in the eastern Black Sea region, were subjected to many floods. A warning is frequently issued in those cities for heavy rain and flooding. Heavy rains cause loss of life and property.

It is very likely that a disaster could happen in the same place more than once. Having suffered from floods last year, the town of Muradiye in Rize was submerged under flood water a year later. The heavy rains of Aug. 17 in Istanbul caused scores of buildings and underpasses to be flooded, and road and maritime transport to be delayed for hours and many shopkeepers to suffer loss of property. Unfortunately, one person also died.

According to the Global Climate Risk Index 2019, disasters caused by climate change in Turkey led to an economic loss worth nearly $2 billion in 2017. It is evident that the adverse effects of climate change attract more attention after disasters.

However, the cost of those adverse effects, which are already felt on account of climate change and will be felt even more severely in the near future, to financial sectors, society as a whole and the environment is much higher. That is exactly why climate change is the most important challenge that concerns the development of countries.

Turkey is located in the Mediterranean basin, which is one of the regions affected the most by climate change based on the research carried out by international scientific organizations. Based on projections, the average temperature in Turkey is estimated to be set rise by up to 5 degrees Celsius by 2100.

Given the consequences of a nearly 1 degree rise in temperature on the global scale since the advent of the Industrial Revolution, it is obvious that the estimated rise will lead to grave consequences by the end of the century.

According to estimates, heat waves, droughts and forest fires will continue to pose an increasing threat to Turkey. Agricultural production and production patterns will be affected as they rely on natural resources such as water and soil, while rising temperatures will alter plant production and threaten food safety.

The livelihoods of people employed in agriculture and livestock farming will be in peril. Constantly changing climate conditions and extreme weather events will have an adverse effect on the tourism industry, especially on seaside and winter tourism.

As a result of a rise in temperature and irregular rainfall, the spread of communicable diseases will increase and accordingly, this will lead to the extinction of vulnerable ecosystems and species.

Heat waves and the rise in the number of hot days will adversely affect human health, and increase the number of deaths and diseases associated with weather conditions. Not only agriculture but also industrial businesses will be damaged by water scarcity as water is intensively put to use for industrial purposes, and this will have a negative impact on Turkey's development.

Turkey devises policies and puts them into effect in an effort to adapt to the adverse effects of climate change. In 2011, we prepared a national strategy and action plan on adaptation to climate change.

We have initiated studies to update this plan in such a way to cover more sectors in the light of the latest scientific data. On the other hand, we draw up action plans on a regional scale to minimize the adverse effects of floods and landslides on infrastructure.

Climate change-induced disasters do happen in European cities as severely as they do in Turkey. The reason why is that climate change was not taken into account from the engineering perspective while those cities were being built.

General acknowledgments about the fact that single-digit spending on disaster prevention can save six-figure spending on the recovery of post-disaster damage loom large in policymaking now.

Learning lessons from disasters in Turkey and other countries, we have designated actions for adaptation to climate change in the Black Sea region. Spatial strategy plans and spatial plans of all scales will be prepared taking into consideration the climate change parameters. Starting with cities with many cases of flooding and landslides, the buildings located near streambeds will be identified and expropriation and relocation processes will be planned.

Older bridges with inadequate cross-section width will be identified and removed in line with a prioritization framework. Capacities of culverts near the Black Sea Coastal Road that block rainfall from running into the sea will be increased, and water lines and tunnels to channel sudden floods to the sea will be constructed.

Site selection for public buildings in the spatial plans will be made in a way that they will be the least affected by extreme weather events. Disaster risk analyses of critical infrastructure facilities such as drinking water, wastewater and waste storage will be carried out, and the frequency of inspections will be increased in facilities operating in the region to keep the natural structure of streambeds.

Separate sewer systems for wastewater and rainwater will be promoted, and waste management and zero waste practices will be expanded in the region to prevent waste running into streambeds.

The use of permeable materials in road construction throughout the region will be encouraged and use of energy-efficient, climate and ecofriendly local building materials will be disseminated in the region. Regular training will be provided to local authorities on climate change and its impact, and early warning systems will be disseminated in coordination with relevant institutions for the safety of life and property in locations at risk for a natural disaster.

Climate change and natural disasters are listed among the top five trends and top five risks in terms of likelihood, according to the Global Risks Report 2019. Climate change is no longer a matter that governments and local authorities can combat on their own.

This is because the fight against climate change is the most important issue concerning the future of our world that needs to be handled from a holistic perspective with the active engagement of all stakeholders.

It is an undeniable fact that the adverse effects of climate change become more and more irrevocable each and every second. Even yesterday was too late. Unless we act now, a nightmare scenario is awaiting us in which we face huge economic losses in key sectors such as energy, transport, urbanization, agriculture, industry, trade and tourism.

On top of that, it may bring Turkey's dynamism in development to a halt to a significant extent. How environmentally habitable such a world will be raises critical questions for not only people but also all of Earth's creatures.