From Kyoto to Paris: The evolving fight against climate change 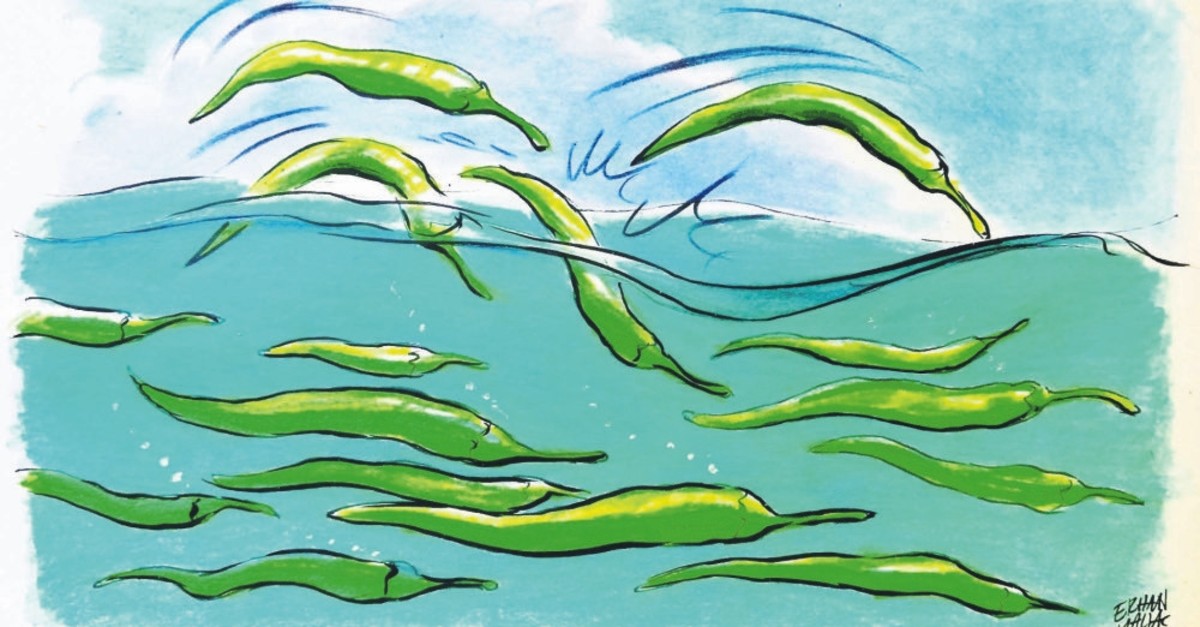 In order to fight climate change, which is expected to increase in pace and severity in the coming years, the international community must immediately update existing solution mechanisms and improve their functionality

When the Kyoto Protocol, first enforced in 2005, failed, the world started to brood. This system was not functioning; responsibility and precautions taken over by only a few developed countries were not resolving the climate change problem.

Instead, a system should have been established that encompasses all countries. The developing countries also needed to assume responsibility; it was becoming more and more important for them to mitigate their emissions to a certain level via some precautions to be taken while continuing their sustainable development.

The decision taken at the 19th Conference of the Parties held in Warsaw in 2013 was actually laying the foundation of the success of the Paris Agreement. In this decision, a concept, called INDC (Intended Nationally Determined Contributions) was coined, evolved and finally yielded results in Paris.

The 15th Conference of the Parties held in Copenhagen in 2009 resulted in a complete failure. This was mainly caused by the imposition of developed states: "We are wealthy and strong, we are superior to you on scientific terms. Climate change is a fact and you all have to believe in it. Therefore, we will take measures. And you will obey them."

This was, simply put, a "we know it all and you don't" logic. However, the developed countries, primarily the U.S. and the EU, were convinced that they would attain a new agreement but alas, they left Copenhagen with disappointment.

The prospective agreement froze under the colds of Copenhagen and was left unresolved. The lesson learned in Copenhagen was immense. The same mistakes should not be repeated in Paris.

Thus, the "once bitten, twice shy" developed and wealthy countries acted more cautiously this time. For this reason, an agreement had to be prepared, with much hard work, applicable to all countries and satisfying them all.

Then how will such an agreement be prepared? Everyone had differing interests. First of all, two co-chairs elected periodically one from a developed country and one from a developing country to chair the negotiations, prepared the first draft of the Paris Agreement into which contributions of all countries were incorporated. The 80-page draft text was redacted, thickened and finally obtained its current form adopted by all the parties.

By the end of the tough negotiations at the 21st Conference of the Parties held in Paris in early December, we succeeded in obtaining a brand new agreement. This agreement is expected to be enforced by the end of 2020 and will also repeal the Kyoto Protocol.

In other words, Kyoto was "out," and Paris was "in." Our generation was always talking about "Kyoto" when climate was the topic, but the next generations will say "Paris" when they think of the climate.

The most significant difference among the two is related to the classification of the countries. According to the Kyoto Protocol, in line with the U.N. Framework Convention on Climate Change (UNFCCC), countries were classified under the groups called Annex-I, Annex-II and Non Annex-I with respect to their development level.

However, this annex system has lost its currency and does not reflect today's conditions; neither does it result in fair consequences in practice. Thus, the Paris Agreement does not mention anything about these annexes.

Another important difference is related to the reduction of greenhouse gas emissions. According to the Kyoto Protocol, about 40 developed states under Annex-B were obliged to mitigate their emissions as compared to 1990 level by minimum 5% during 2008-2012 period and by minimum 18% during 2013-2020 period.

On the other hand, the Paris Agreement has not provided a quantified emission reduction target. Instead, an overall target was identified to keep the average global temperature increase well below 2 degrees Celsius as compared to pre-industrial era and limit this increase with 1.5 degrees Celsius at most.

Moreover, according to the Paris Agreement, all parties, (186 countries), need to contribute to emissions reduction, but developed country parties should continue taking the lead.

There is again an obvious difference in terms of adaptation to climate change. Adaptation was mentioned in a very limited and indirect manner in the Kyoto Protocol, whereas this topic was attached equal importance as mitigation in the Paris Agreement. An individual article was also included related to loss and damage associated with climate change.

According to the Kyoto Protocol, the Compliance Committee was auditing the countries as to whether they have complied with their obligations or not, and imposing sanctions in specific cases.

However, compliance mechanism of the Paris Agreement is facilitative, non-punitive and non-adversarial in nature. Unlike the Kyoto Protocol, the enhanced transparency system under the Paris Agreement provides common set of guidelines for all parties while maintaining flexibility for developing countries that need it. It also constitutes to ensure the monitoring of both actions and support to be provided to developing states.

There are also differences in terms of the mechanisms to support greenhouse gas emissions reduction. Under the Kyoto Protocol there were three separate mechanisms called the clean development mechanism, joint implementation and emissions trading system. And it was clearly specified as to how countries can become involved in these mechanisms.

However, under the Paris Agreement just one mechanism is formulated and it utilizes a much more flexible structure that enables all willing countries to cooperate, which is Article 6 of the agreement.

The agreement at a glance

At 24th Conference of the Parties (COP24) in Katowice, Poland, Parties to the UNFCCC adopted set of decisions called Paris Rulebook or Katowice Package which is the implementation guidelines of the Paris Agreement.

Within this mandate, countries adopted accounting guidance in order to develop their Nationally Determined Contributions (NDCs), as well as the necessary guidelines for adaptation communications. Enhanced transparency framework was designed as common set of guidelines for all parties.

The rule book covers almost all the fundamental elements of the agreement, nevertheless Article 6 on cooperative implementation and carbon markets is still a matter of negotiation among parties and one of the most critical agenda items for COP25, which will be held on Dec. 2-13, 2019, in Santiago, Chile.