Sino-German Relations: Is Germany an agent of change in global affairs? 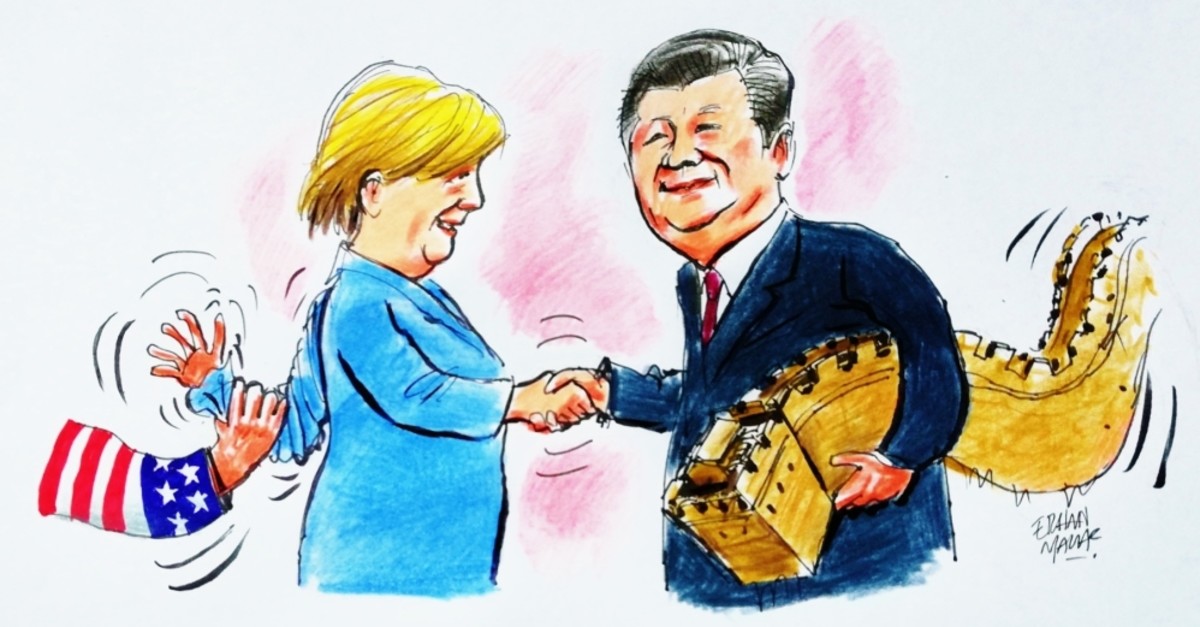 According to the Pew Research Center, Germany, where 53% of people have an unfavorable view of China, is looking toward the East. It was in October 1972 that Sino-German relations were established and, over the two decades since then, the two countries have deepened their relations through different mechanisms that include annual meetings since 2004, and a government consultation mechanism since 2010. Moreover, this growing relation was crowned in 2014 by a comprehensive strategic partnership.

Germany has wooed China since 2006 with Chancellor Angela Merkel visiting the country for the 12th time, with the latest being an official visit in September.

It is highly likely that Germany could be the most important economic and strategic partner of China in the EU for the future. In the meantime, the two countries may expand and deepen this relationship into wider areas.

The current global atmosphere, with the uncertainty caused by Brexit as well as the bullheaded policies of President Donald Trump's administration, has led to Germany finding itself in the eyes of China.

Currently, there are disputes on several issues during the Trump administration that have set apart Germany and one of their key allies, the U.S. Some of these disputes include the split between Germany and the U.S. with regards to espionage claims about Huawei, a Chinese technological giant. Hence, Angela Merkel seems to be doing whatever is necessary, in line with what she said in 2017 that "Europe takes its fate into its own hands."

In simple terms, Germany and the EU, under her leadership, would be trying to secure increasing relations with China amid the Brexit deadlock and Trump's threats. However, the more fundamental question that needs to be asked is would Germany sacrifice its values in return for a strong partnership with the Chinese.

China has already invested billions of dollars in the EU and Germany. The total amount of Chinese investment in the EU is around $350 billion. The volume of economic relations between China and Germany have already exceeded over $200 billion. Today, there are over 5,000 German firms in China while around 1,000 Chinese companies are working in Germany.

China has focused on the leading sectors of Europe in addition to investing in ports, airports, and football teams; for the latter, the Chinese have stakes in teams such as Inter Milan, Manchester City, Espanyol and many others across Europe.

According to the European Commission, the total amount of Chinese exports to the EU is around $400 billion while EU exports to China amounts to over $200 billion.

Additionally, according to the Mercator Institute for China Studies, Chinese investments in the EU jumped from 700 million euros ($765 million) in 2008 to 30 billion euros in 2017.

In 2017, Chinese HNA Group bought a 9.9% stake in Deutsche bank; however, their stake has been reduced to its current level of 6.3%.

Another Chinese group, Geely, invested nearly $10 billion in German car and truck maker, Daimler, to acquire around a 10% stake in the company where the best known brand is Mercedes-Benz. Beijing Automotive Group (BAIC) has also invested around $3 billion in Daimler to purchase a 5% stake.

According to chinadaily.com.cn, Wu Ken, the Chinese ambassador to Germany, depicts the relations between the two countries as "the relations between China and Germany are beyond bilateral ties, and their cooperation has achieved a whole greater than the sum of the parts."

He also revealed the potential extent of the relations between Germany and China, "China and Germany have broad prospects for cooperation in digitization, artificial intelligence, smart manufacturing, electric vehicles and other future industries and innovative technologies, and they will become a new growth pole for bilateral cooperation."

Both Germany and China have plans to work together on futuristic projects. The potential is limitless thanks to the meeting of German quality with Chinese practicability, imitation, quickness and its enormous global market share.

How the U.S. will catch up is a mysterious question mark for now. It should be noted that by adopting mutuality in its relations with other nations, it would be very easy for the U.S. to get back its global influence.

It is a well-known fact that China aims to invest in the most strategic fields.

In this regard, there are certain sectors of developed countries that are receiving remarkable amount of Chinese investment; some of these sectors include new-energy vehicles, driverless cars, robotics, medical technology, and aerospace equipment.

Hence, the increasing trade volume between Germany and China is a great example of the current Chinese policy which focuses on establishing relations with more developed nations to learn, imitate and update its own technology.

On the other hand, there are worries about China's increasing investment in strategic sectors in Germany.

For instance, Bundesverband der Deutschen Industrie (BDI) has warned of the ownership of foreign investments in Germany. It should be noted that Germany has plans to protect its most critical sectors and compete with the global powers, which will be led by the German Minister of Economics Peter Altmaier.

It is well-known that Germany has urged China to take more responsibility on global issues such as the reforming of the World Trade Organization (WTO), climate change, as well as the expectation that there would be more improvement on human rights in China.

Another issue that Germany shares commonalities and expectations with the U.S. is the fair access for international companies into Chinese markets, protection of intellectual property, and reforms.

The most visible difference between Germany and China is the attitude and perception on human rights issues.

The EU and China had the 37th Human Rights Dialogue meeting from 1st to April 2, 2019 in Brussels where the two sides discussed wide-ranging issues related to human rights in China and the EU.

For example, the EU expected China to release several imprisoned Uyghurs such as Ilham Tohti, Abduhelil Zunun, and Abdukerim Abduweli.

The latest collision between Germany and China occurred right after the German Chancellor's visit to China on September 7; Angela Merkel had expressed Germany's stance on human rights regarding Hong Kong.

In short, she expressed the view that China has to respect the basic law of Hong Kong. However, the one moment that irked the Chinese the most was when the activist Joshua Wong met with the German Foreign Minister Heiko Maas in Germany. China warned Germany and the other countries of the world to stay out of this issue.

China has reiterated frequently that interference of any country or organization in its internal affairs is not acceptable.

While relations between the EU and the U.S. are getting worse due to the tariffs of the Trump administration on European products; more tariffs are being threatened.

The current situation with the Brexit process has pushed Germany to stabilize its relations with China ahead of any possible losses against the U.S.

Therefore, for now, it seems that Chinese cash is the winner; this is primarily due to American selfishness and the so-called "protectionist policies of Trump."

Those are policies under the guise of "Make America Great Again" that have led to the U.S. straining ties with its global allies. This may simply isolate the U.S. in the global stage.

In addition, if any third country matches the U.S. as an alternative superpower in the future, the U.S. could become more hostile to other nations, including its allies – if any remain.