Summits are insufficent in fight against climate change 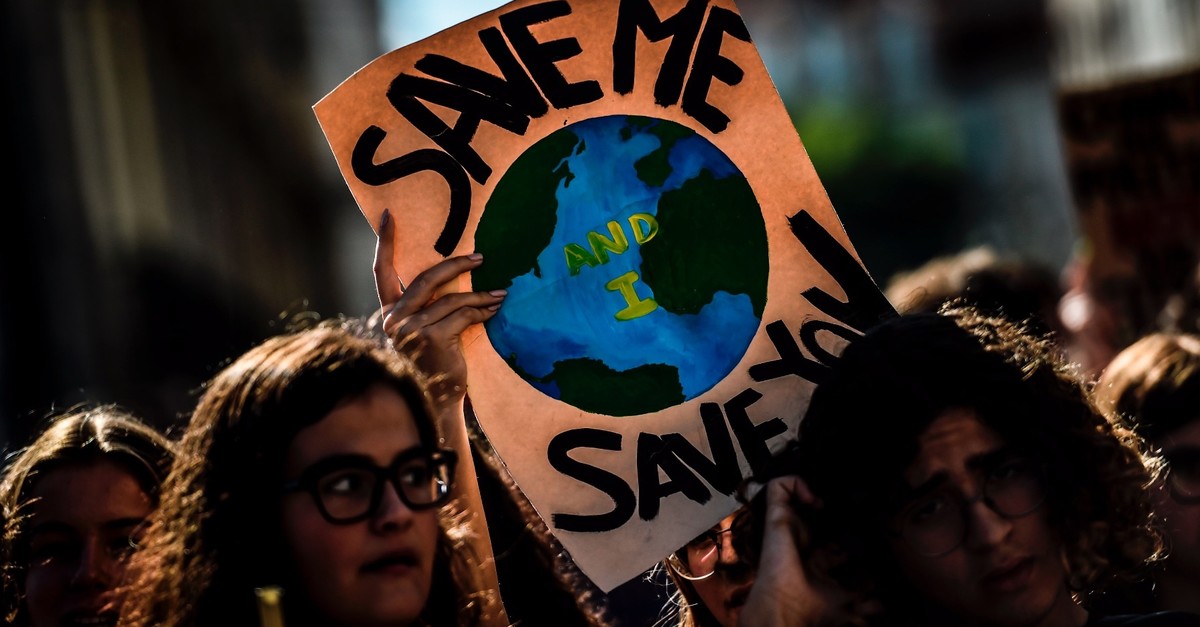 When it comes to the climate change issue, the United Nations should take the responsibility of generating policies to counter the looming climate disaster

Let's pitch in to save the burning woods. Or why not gather to halt climate change? Let's do something outright fancy. Activists. Rallies. Lights. Cameras. And then, a U.N. Climate Summit.

The concern, of course, is sacred. The response has to be emphatic. The world needs to act, or we risk the future of our children.

If everything else in our world were hale and hearty, it would have indeed been a sublime idea. Our planet is precious. But just as the trees, the air, and biodiversity, the less-fortunate of our human friends have their place here, somewhere – or let's say they have to have one. The Rohingya do not have to be stateless. The Uighurs do not belong to detention camps.

About 15,000 children, under the age of 5, died yesterday. It wasn't even reported; perhaps, it is because they die every day. It is hard to believe that in a world where the urbane gentlemen don't miss flu shots, so many children lose their lives each day from diseases as trivial as malaria, diarrhea, and pneumonia - because the medicines that could have saved them remain out of reach of their parents. Worse, sometimes it is simply malnutrition and hunger, which ultimately results in their death. They are the "other" children. Not ours, but very similar.

Of course, the environmental footprint of industry and frenzied consumption of the rich is troubling. But the unrelenting arms race, which has made killing a business, is downright atrocious. Imagine a world in which you own shares in the "right" companies – manufacturing arms – and your fortune goes up with more gore. That actually is the horror we have made of our planet.

As we fret under about climate change under their auspices, the permanent five members of the U.N. plus Germany, remain the largest arms exporters in the world. The three biggest private arms producers are based in the country that boasts the headquarters of the United Nations. Never mind, that the patriotic president, eating popcorn in the Climate Summit, leads a military which emits more earth-warming, greenhouse gases than 140 countries in the world. This lower-bound estimate actually makes it one of the largest polluters in history. But the president says he is not convinced. (Lest I become the eye of a Twitter storm, the use of popcorn here is limited to its crispness as a semantic device).

However, emissions are only a part of the problem. Wars have wreaked havoc around the world. Watch the pictures of Yemeni children who have experienced starvation. Reflect on what the death of over 500,000 people in Syria must have meant for their families, or the radicalization that would have resulted from the killing of over 38,000 civilians in the American war in Afghanistan.

These wars are a perpetual mess, and there is a reason they go on and on. It is not the irrationality of the masses, but the gross hyper-pragmatism of the select that perpetuates them.

For one instance, Daesh and other militias in Iraq did not materialize from nowhere. The U.S.-led coalition must have known all too well what the consequences of rapidly replacing a heavy-handed Sunni-led army with a Shia military would be, or how the defections of the soldiers loyal to the previous regime will eventually play out. What life-long fighters would resort to if kicked out the barracks en-masse – or circumstantiated to leave – is anybody's guess.

They knew how to strategize, and how to hit back. Their livelihoods had been linked to weapons. CIA, with its hegemony over all kinds of global information, and remarkably qualified staff, should have known better. They made it, they watered it, and they sold it to the global media as "radical Islamic terrorism." It was actually the very cold-blooded commercial interests, which created militias of different shapes and sizes. A few years later they were to shift their thrust to Syria, which was to become the new battlefield for global powers flexing their muscles, selling their arms, and pulling the periodic feel-good diplomatic rendezvous – as people got butchered.

The befuddling policy of creating militias and leaving them as such is not new to the global powers. In response to the Soviet attack on Afghanistan in 1979, we saw the rise of the Mujahideen. While Islamabad bore the brunt of helping the Afghans on the ground, "assistance" poured in from Washington. The U.S. gave all the support to counter the threat of a Soviet State in the Middle East. When the war was won, and the Soviet forces quit after 10 years, having to exit in 1989, the U.S. aid to Pakistan, perhaps the largest recipient in 1982-1989 period, almost completely dried up in one year. The pretext for this sudden withdrawal of military as well as economic aid was Pakistan's nuclear program, but declassified documents show that the U.S. had known about it since the 70s.

But something much worse accompanied this economic squeeze. As the militia became more and more powerful, rising to found what later became the Taliban's state in Afghanistan, the U.S. just walked away. This left Pakistan between a rock and a hard place. The U.S. engagement with them had reached an abrupt ending, and there was no rehabilitation policy to absorb the militants that were the result of yet another battlefield of the cold war. Ironically enough, Pakistan was the convenient scapegoat for whatever happened in Afghanistan from then onward.

This is the story of yet another militia that was created by the U.S. to further its interests in the region and then left in the wild only to multiply into many different groups later. Maybe the American military-industrial complex knew that their extermination could make for the next great cause a decade later. In other words, the American "war on terror" which began as a result of 9/11 may have been programmed decades earlier. It turned out to be yet another bonanza for the arms producers, causing a spike in the sales of conventional weapons, which kill one person every minute on average. It has become a $5.9 trillion war already by now, according to Brown University's Watson Institute.

These painfully familiar patterns continue to repeat over and over again, with the United Nations finding them, more or less, intractable. Add to these the legal embarrassments in has had to face. Whether it's the annexation of Crimea by Putin, Trump pulling out of the Iran deal, and then the INF nuclear arms treaty, America's "recognition" of the annexation of the Golan Heights (or Netanyahu's reckless promise of the Jordan Valley), or most recently Narendra Modi's rubbishing of the U.N.-backed resolutions to strip Kashmir of its autonomy, and lay a torturous siege to its people instead, the United Nations has been going through a tough time.

It is difficult to appreciate how a climate summit fits into all this. While any kind of effort to save the planet is noble in its own right, tying it to the annual U.N. meeting could be a deceptively inspirational deflection from the quintessential issue of global peace, the raison d'etre of the United Nations. Instead of legitimizing it with breakthroughs in other causes, it is high time we resurrect the U.N. Otherwise, we may not live long enough to see the destruction from climate change anyway.

* Lecturer in the Department of Social Sciences at SZABIST University, Islamabad, and currently pursuing Ph.D. in economics at Ibn Haldun University, Istanbul