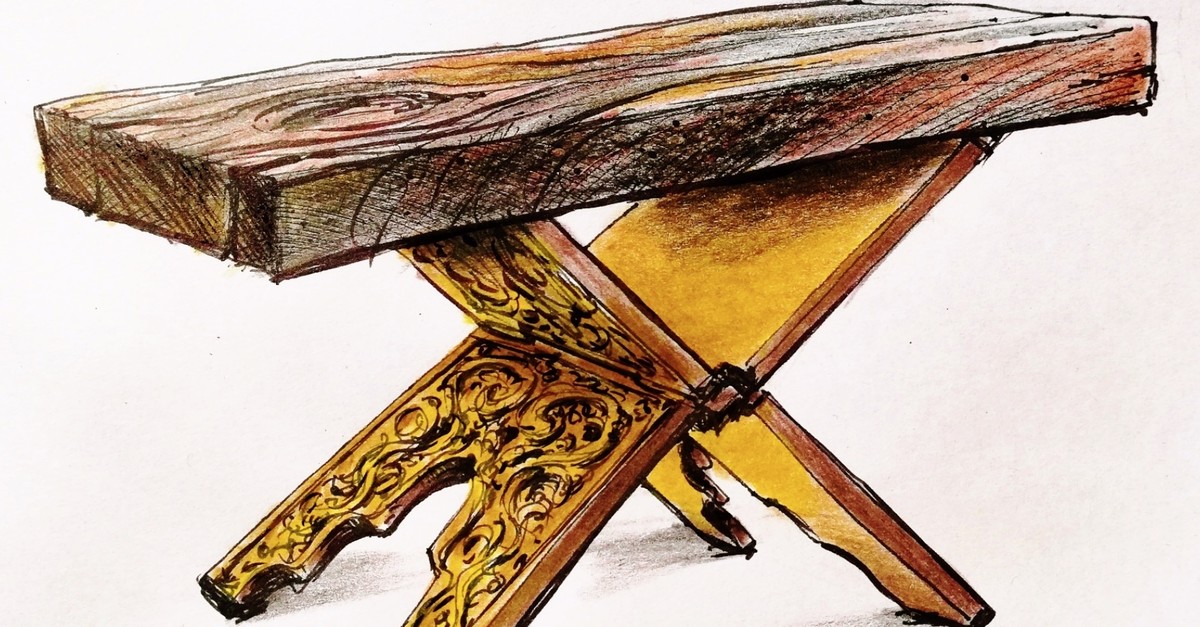 Şule Yüksel Şenler, a woman of principle who was strongly committed to the values that she believed in, has left a great legacy to future generations in modern Turkish conservative politics

Şule Yüksel Şenler, one of the most prominent figures of Muslim women's activism, passed away on August 28, 2019 at the age of 81. In 1960's Turkey, it was remarkable to meet a woman journalist who dedicated her life to the youth, exemplifying a proper Islamic life, and influenced thousands of young women that eventually transformed the whole conservative movement, which has traditionally argued for intertwining religious values with democracy. Writing numerous novels, essays and reviews from 1960's to today, she was one of the first activist woman writers of conservative literature of the Republican era.

The early years of the Turkish Republic was an era of construction and Western modernization in every sense; urban, rural, provincial, educational, political, but first and foremost, societal. During this process, secularism was adopted as the key principle that aimed to take religion under strict state control and to remove its traces from public and private life through a cultural and social break.

In order to raise the people to the level of modern civilization and liberate people from folk values, secular reforms were put into action. The regulatory laws on dressing were part of these reforms to avert clothing differences originating from religion.

The protection of the public from the intrusion of religious symbols and sacralizing the public domain's secular nature became the character of the form of governance in the establishment period.

This implementation that was intended to prevent the creation of a religious state, in fact turned Islam into the state religion that cannot wriggle itself out to the political debates and as a result many religious issues have become highly politicized and occupied a place in social and political agenda since the establishment of the Republic.

Religious issues were engaged to cyclical situations of the politics. Therefore, a modern insight that conveys the profile of conservatism and religiosity in an intellectual structure, which grows in philosophic and aesthetic aspects, could not be developed.

The label on religion

Religion was positioned as the direct opposite of every progressive idea of the state and labeled as old‐fashioned, bigoted and obscure. Muslim identity became a satirized model of reactionary of caricatures by losing its intellectual and literary aspects.

Islam and implicitly conservatives are convicted to image of contradicting and even colliding with the modern. As a result, the hijab, the Islamic dress of the women in Turkey was referred to as backwardness, tradition, ignorance and absolute non-modernity. In the age of 1960s, the proper hijab was a fading phenomenon.

This era witnessed the emergence of a worldwide youth movement of 1968 which emerged as a struggle against the state; but it was a unity of fragmented struggles against different sovereigns. The correspondence of the worldwide boycotts and occupation movements of 1968 in Turkey was Revolutionism and Marxism.

The coup of 1961 in Turkey, despite its undemocratic character, paved the way for the libertarian Constitution of 1961. This constitution provided a liberal and democratic political space for youth, fostered economic growth and supported autonomous liberal universities. Many ethnic, political and religious groups got freer spaces for self-expression and organization and Islamist movements began to get off the ground in this era. Printing and publishing activities were also promoted in this atmosphere of freedom.

Therefore, this era has a specific significance in the recent Turkish history in which Islamic thought experienced new developments in the publishing industry, institutionalization, diversification and discourse differentiation.

Media became one of the most important tools of the conservative movement. Daily newspapers, weekly and monthly journals, private radio and TV channels, movie and cartoon agencies played an important role for the organization of the mass movement.

In the Muslim world, the struggle of the veiled women to wear a hijab as a political demand became the symbol of political Islam in the 1970's.

Compatible with the rest of the world, the hijab became the focus and symbol of the political Islam apart from its merely religious connotations in Turkey during the 1970s.

The image of Muslim women consists of little triangular shaped headscarves knotted under the chin, hairs could be seen in the front, formfitting cloaks, skirts along below the knee and thick stockings during the years of 1960s and 70s.

With the 1970s, this style, which was considered as the dress of traditional religious women, was denied by the young conservatives that learn religion from its primary sources. Şenler became the pioneer of a modern Muslim image and thinking by using the most suitable and contemporary instruments of media.

Şenler herself was a daughter of a secular republican family who migrated to various cities due to her father's official duties and ended up in Istanbul. Although she was a very successful student in secondary school, she had to quit the school due to financial difficulties.

As an ambitious reader and critic, she was on a quest for meaning in her life until her teens, when she decided to live a proper Islamic life inspired by her brother Nurcu. When her brother left home due to the insults against his Islamic life style, Şenler felt a deep sorrow and began writing at the age of 20. Her publishing experience began in 1959 by a story in journal of Yelpâze, which was issued by Safa Önal, and her first reviews took part in weekly Kadın Gazetesi issued by Faruk Nafiz Çamlıbel.

Meanwhile, she kept writing essays, poems and stories for Medeniyet issued at Ankara and Hür Söz issued at Erzurum. In 1965, she renounced her Western way of life and proceeded to an Islamic way that gave her mental and spiritual peace.

She asserted that she wished her earlier life before attaining true life and dressing in accordance with hijab (tesettür) in the year of 1965, would never be lived and she specified her rebirth was 1967 when she began her Islamic writings in Bugün and Sabah.

Şenler's first essays and columns on Islamic thought were published in several newspapers, including the weekly Yeni İstiklal, daily Bugün and Babıali'de Sabah.

In 1969, she began to issue the first Islamist woman journal Seher Vakti, a 22-issue-journal, as editor-in-chief and she allocated some parts of the journal, which encourage an Islamic way of living and dressing, specifically for young girls and women.

Realizing the prevalent traditional image of religious women thanks to her outsider perspective, she intended to overcome the prejudices against this image and change it by constructing a modern, intellectual conservative youth.

Besides, she worked in a tailor's shop of an Armenian tailor in Bakırköy and had an opportunity to follow modern Western fashion magazines. Şenler asserts that, in that time she appreciated the head-covering style of Audrey Hepburn and was inspired by her style when decided to wear headscarf.

"Knotting from behind was not existent in those times, not in our style or in other communities. In windy weather your scarf might flit, and your neck and hairs might be seen. To cover up them all and create a much modern attitude as an example to the Muslim girls and ladies who had been forced to have an inferiority complex", says Şenler about finding a new style of head covering, which becomes a symbol of Muslim women with an epithet of "Şulebaş" and "sıkmabaş" in a very short time. This image change gave a new impulse to the religious women who embrace this novel dressing and lifestyle passionately.

Taking part in the opening of courses for girls who were not allowed to go to schools with their hijab opened her way to become a manager of one of these courses that gave educational support for girls to enroll religious high schools and faculties of theology.

She raised many students via these courses and as she motivated them to wear the modern hijab, the issue of the hijab actually got into the daily agenda. As the social reactions were rising against spread of Islamic apparel, she suddenly became a standard bearer of women's activism and the hijab in public debate.

For many years, beginning in 1967 from Samsun, she was invited to encourage young girls to live an Islamic way of life, consequently, she traveled the whole country, to 67 cities and nearly 600 towns, and gave a series of lectures. She took the mission of declaring the true way of life and followed by broad masses young women and thousands of women began to wear the hijab inspired by her. In that sense, she gained reputation as the first prominent representative of the conservative womem's movement.

"Bize Ne Oldu," "Gençliğin Izdırabı," "Hidayet," "Kız ve Çiçek," and "Uygarlığın Gözyaşları" were some of her novels that were read by thousands yet her masterpiece novel, "Huzur Sokağı" was written in 1970 and became one of the first conservative bestseller novels in Turkey.

That was an era of tense critiques about novels as a literary genre among conservatives; almost 10 years before the guidance novels of 1980s gained enormous popularity.

In the 1970s, novels were under attack by conservative intellectuals for being Western-originated and contradicting with the Islamic norms. Despite all these criticisms, "Huzur Sokağı" became a handbook for young girls.

Subsequently, the novel was adapted to cinema by Yücel Çakmaklı as Birleşen Yollar and Türkan Şoray, one of the most famous actresses in Turkey, played the leading role and wore hijab for the film, which was a very extremist action considering the official attitude against the visibility of religious symbols.

Moreover, between 2012-2014, the novel was adapted to a 67-episode-long TV series with its original name.

Although she gained reputation among Muslim women, she also faced harsh reactions and she was sued due to her writings. In 1971, the President Cevdet Sunay filed a legal action against her essay and she received imprisonment for nine months.

However, these obstacles could not prevent her from her activities. Şenler was a very clever and dedicated lady who was aware of the demands and requirements of the youth and offered a modern way of existence in a secular public space.

She described herself as "a person who absolutely devoted herself to the Islamic mission" which made her alone on her mission, a unique figure. The life she lived cannot be attributed to larger groups. She had an ideal for raising faithful generations, and she did all she could for her belief and will always be remembered with her precious efforts.

* Ph.D. candidate in The Ataturk Institute for Modern Turkish History of Boğaziçi University