Kuril Islands: The unresolved dispute between Japan and Russia 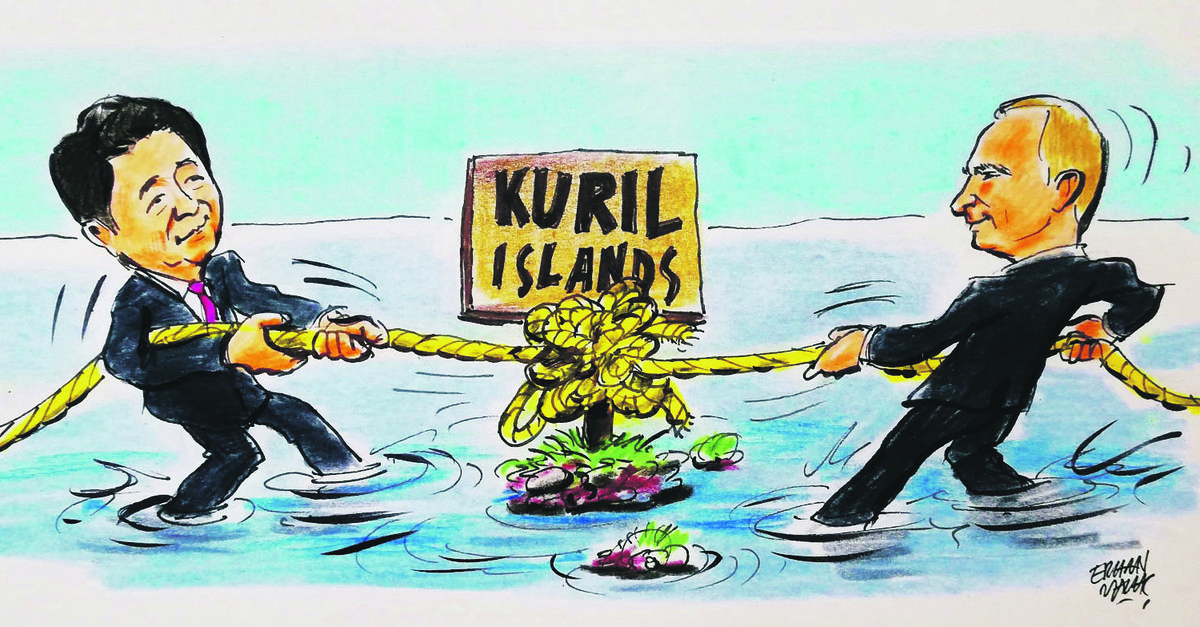 In the beginning of September, the Eastern Economic Forum took place in Vladivostok, which is a Pacific port city in eastern Russia. Japan's Prime Minister Shinzo Abe also joined this forum. One of the topics of the forum was the Kuril Islands issue, which has been the greatest obstacle to the normalization of the bilateral relations and signing a peace treaty between Russia and Japan since 1945.

Abe called on President Vladimir Putin of Russia to fulfill his historical duty and sign a peace treaty to solve the historical and territorial dispute of Kuril Islands. Putin confirmed his agreement with Abe last year to accelerate peace treaty talks following the 1956 joint declaration in which Moscow hands over two of the four islands to Japan. Although Abe and Putin have met many times for peace talks in recent years, they have been incapable of reaching a concrete solution yet.

On the other hand, Russia argues that the islands should be legally returned to the USSR as a result of Japan's defeat in World War II. According to the Soviet-Japanese Joint Declaration of 1956, two of four islands, or 6% of the disputed area, were returned to Japan.

However, the United States undermined the process and caused a deepening of the problem during the Cold War. After the collapse of the Soviet Union in 1991, the Kuril Islands problem came to the fore again in the Yeltsin era.

What's more, there was speculation about the possibility of the islands being sold by Russia to Japan during the 1990s. However, nationalist dynamics in Russia didn't render this possible.

The solution of Kuril Islands problem was laid down as a condition by Japan to sign a peace treaty which has not been signed since 1945. The Kuril Islands are perceived as a national honor for Japan. After 2012 with Abe becoming the Prime Minister of Japan, the islands problem came to the fore again and negotiations over the islands between Putin and Abe began.

With the annexation of Crimea by Russia in 2014, the West started to impose sanctions against Russia. Japan, as a part of the Western alliance, joined the sanctions against Russia. In retaliation to Japan's attitude, Russia conducted military drills around the Kuril Islands, increasing tension between Japan and Russia, causing the problem to become even more difficult to solve.

The negotiations between Russia and Japan began again with the initiatives of Abe post-2015. Besides, Abe has been trying to improve his friendship with Putin. In fact, during the negotiations, Abe addressed Putin by his first name to show his sincerity.

The Japanese prime minister aims to go down in the history of Japan as the first leader to solve the 70-year dispute. Japan states that in the case of islands being returned to Japan, Japan will increase economic assistance and investments in Russia facing sanctions from the West.

The Kuril Islands hold historical importance as Japanese land and a special place in Japanese people's mind due to the psychological devastation caused by World War II. What's more, the islands play a significant role in Japan's mainland security.

For Japan, when it is considered in terms of balance in the Asia-Pacific, it hopes to have good relations with Russia to prevent the establishment of a Sino-Russo block against Japan. U.S. President Donald Trump's attempt to normalize relations with North Korea is seen as a risk by Japan.

Also Trump's statement on the necessity for revision of the defensive alliance between Japan and the U.S. has pushed Japan to normalize relations with Russia. Furthermore, due to its advanced industry, Japan needs natural gas and oil, and Russia has potential for Japan to be a good energy provider and an economic market.

In the 1990s, the pro-West paradigm in Russian foreign policy, including Russia's Greater Europe initiative from Vladivostok to Lisbon and aiming for integration into the West, failed. One of the biggest reasons of this failure was Russia's perception of the West as an equal partner, whereas the West considered Russia a periphery country in the context of Immanuel Wallerstein's core-periphery theory, not as an equal partner.

The other reason was the West's rapid expansion into former Soviet regions through NATO and the EU, thus failing to deliver on promises not to do so. Russia's collapse and disappointment in terms of Western and liberal policies made Russia change its focus to the East after 2000.

As a result, with Putin, the Russian foreign policy paradigm has shifted from greater Europe to greater Eurasia. An alliance with China has become a starting point of Russia to balance the West.

However, some Russian foreign policy experts are claiming that China's New Silk Road initiative will make China a hegemonic power in Eurasia and, Russia and China relations will be in favor of China. Therefore, they point out the issue that this alliance will carry risks for Russia in the long run.

For Russia, as a friendly state, China's leadership in Eurasia would be acceptable but not China's dominance over the region. Moreover, some liberal Russian circles argue how the Greater Europe project failed for the very reason of rendering Russia a peripheral state of the West; thus Russia changed its visage to Eurasia.

However, in this instance Russia will become China's peripheral state. Russia's desire to improve its relations with Japan by signing a peace treaty, thus balancing China in Eurasia and reducing the need for Chinese technology, has become crucial at this point.

While Japan's base motivation for signing a peace treaty is having the Kuril Islands back, for Russia it is leaving the table with minimum loss and improving economic relations with Japan.

Indeed both sides have different expectations. Russia intends to forward Japanese investments to the underdeveloped areas of eastern Russia. For another case, relinquishing the islands to Japan might cause security vulnerability for Russia because the Kuril Islands are Russia's gateway to the Pacific.

Relinquishing the islands to Japan could also bring up the issue of deploying missiles to the islands by the U.S., which is Japan's ally; this poses a threat to the security of Russia. Bear in mind that geopolitical interests even have higher priority than economic interests in accordance with Russian foreign policy.

Besides Putin will pass into Russian history as the leader who expanded Russian territory by way of the annexation of Crimea and one who would not allow Russian losses during his rule.

The Russian public is not prepared to hand over the islands. In Russia, the overwhelming majority alongside conservatives and Eurasianists are strictly not open to any discussion regarding returning the islands to Japan.

During the negotiations between Abe and Putin, some Russian groups stood against relinquishing the islands to Japan and protested in Moscow's streets with chants of "Kuril is Russia" ("Kurili eto Rossiya"), "Kuril is ours" ("Kurili nashi").

Then again the Kremlin, before taking a step in both domestic and foreign policies, first resorts to propaganda to win public opinion and legitimize its steps.

However, the Kremlin has not formed a baseline of propaganda to shape and accustom the public to the idea of relinquishing the Kuril Islands. This is also another example of how Moscow has no intention of handing the islands over to Japan.

Russia's reasons for continuing negotiations with Japan are about keeping Japan at the table, causing fractures in the Japan-U.S. alliance, the desire to improve economic relations with Japan with minimal losses without relinquishing the islands and maintaining connections with Japan, since it could be a balancing actor against the rising power of China in the future.

* Ph.D. candidate in political science at Higher School of Economics in Moscow