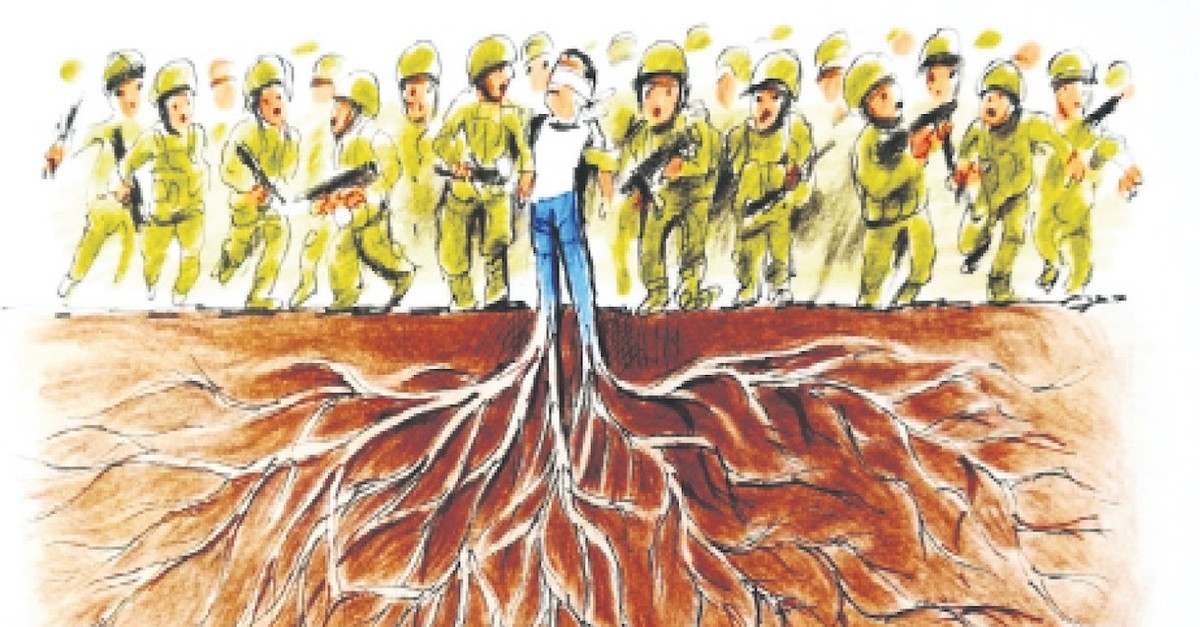 Israel is working on a so-called "historic" non-aggression pact with Arab Gulf states, Israeli Foreign Minister Katz declared last week. Over the last couple of years, Israeli Prime Minister Benjamin Netanyahu has looked for ways to gradually improve relations with the Gulf and found that the shared fear of Iran was the best, most convenient common ground to carry out his plan, with the support of U.S. President Donald Trump.

In his attempts, Netanyahu made a sudden visit to Oman a year ago to meet the country's foreign minister. Several Israeli ministers have since tried to attend several regional conferences with a lot of propaganda and media coverage to convey the message, "We are here, the Palestinian problem is not a priority anymore."

In a speech to the U.N. in September, Katz said Israel is seeking to normalize ties with the Arab Gulf states "as we did with Egypt and Jordan." He added that he had presented a plan to Arab foreign ministers and U.S. envoy Jason Greenblatt during his recent visit to the U.N.

"I will continue to work to strengthen Israel's standing in the region and around the world," Katz said.

This so-called "historic" deal aims to put an end to the state of conflict between the Gulf States and Israel, to accommodate friendly relations, cooperation in a variety of fields and assure no war or incitement against each other.

Israel has done much for collaboration with Arab Gulf states and Israeli ministers and business people miss no opportunity to tout Israel's interest in expanding ties of all sorts in a region viewed as a valuable market for Israeli technology and security intelligence.

Katz, who is also the intelligence minister, traveled to a conference in Washington in July last year, publicly met, shook hands and stood for a photo with his counterpart from Bahrain, Khalid bin Ahmed Al Khalifa. Earlier in July, Katz had flown to Abu Dhabi to take part in a U.N. conference, while Yossi Cohen, director of the Israeli intelligence agency Mossad, claimed that Israel had received approval to open a diplomatic mission in Oman, which the Omani government denied.

While Israel seeks to widen its diplomatic relations with states in the region beyond its two peace partners Egypt and Jordan, the non-aggression pact initiative stems from Israel's recognition that full relations with the Gulf states may not be possible unless or until the Israeli-Palestinian conflict is resolved.

Although Israel has formal peace agreements with Egypt and Jordan, most Arab countries have resisted establishing any ties before solving the Palestinian problem.

The Egyptian and Jordanian governments maintain diplomatic, security and limited trade relations with Israel, but this "cold peace" and these conservative relations did not develop further through the past decades and the hostility in the Arab streets toward Israel as an occupier did not change.

A major psychological barrier between these two countries and Israel still exists and while many of their people prefer the absence of war, they remain cautious of Israel and a complete normalization remains difficult in the absence of a clear solution to their Arab Palestinian neighbors' long-suffering problem under the Israeli occupation.

Israel's occupation of Palestinian territory has long served as a major factor preventing peace deals with Arab countries, which have made a settlement with the Palestinians a condition for recognizing Israel, acknowledging that only by solving this problem the whole region will stabilize.

An intention to damage

Israel has increasingly boasted improving contacts and cooperation with some of the Gulf States, paving the way to possible peace deals, trying to divert attention from its crucial decade-long occupation of Palestine.

Netanyahu does not miss an opportunity to boast about this relation, saying, "What is happening in practice with Arab states has never happened in our history, even when we signed peace agreements. In practice, cooperation in different ways and at different levels is not necessarily [visible] above the surface, but what is below the surface is far greater than at any other period in Israel's history. It is a huge change."

Flying into the Gulf region as a bird of peace while on the ground practicing all sorts of apartheid measures against the Palestinians, Israel's camouflage hides the unwillingness for reaching a just peace deal with the Palestinians.

If Israel had wanted to achieve peace, it could have made it through the Oslo Accords of the mid-1990s, on which the former chief of Israel's intelligence agency Mossad, Shabtai Shavit, said the Israeli right-wing has since painted this agreement as a "sin," arguing that, had they continued down this path, there could have been peace.

"This is not fantasy, because those who do not want peace succeeded in making large portions of the country believe that Oslo was the mother of all sins and the desire for peace is also a sin," Shavit said.

If Israel had wanted to achieve peace, it would have not missed it in Taba, Camp David, Sharm el-Sheikh, Washington or in Jerusalem, but the truth is that Israel never intended to achieve peace and has moved away from these aspirations decades ago.

If it did strive for true peace, Israel could have easily made peace with all its neighbors through the Arab Peace Initiative, announced at the Arab League summit in Beirut in 2002. This is one example that offered full Arab-Israeli peace and normal relations in exchange for ending the Israeli occupation of the Arab Palestinian territories.

Yet Israel remained steadfast in rejecting the overture, or at least in assertively ignoring it. Israeli former Defense Minister Moshe Ya'alon dismissed the Arab initiative as "a spin" and "a dictation" that would force Israel to make great concessions before being able to present its own demands. Why did Israel object the initiative if it really was looking for peace with its neighbors?

Originally, the initiative offered Israel diplomatic relations with the entire Arab world in exchange for a "full Israeli withdrawal from all the Arab territories occupied since June 1967," the establishment of a Palestinian state with east Jerusalem as its capital, and a "just" and "agreed upon" solution to the Palestinian refugee question.

In a public discussion with former National Security Director Yaakov Amidror, Saudi Prince Turki al-Faisal described "The Arab Peace Initiative," saying, "It is the formula that can bring us together. However, Gen. Amidror sees otherwise. He wants us to start cooperating with Israel, do whatever is done in that journey, forget about the occupation of Palestine and various other issues that deal with the daily occurrences that are taking place on the ground in Palestine - whether it is expansion of Israeli settlements in the West Bank, whether it is the roadblocks - all the issues that you are all aware of."

Israel's continuous rejection of all the previous peace initiatives is embedded far more deeply - in its most basic beliefs. There, at the deepest level, lies the concept that this land is destined for the Jews alone as - God's "treasured and chosen people." That is the painful truth, and there is no way to get from there to a just peace.

The fact that become increasingly apparent is that the present Israeli government does not believe in a two-state solution resulting in the establishment of a viable Palestinian state in the West Bank and Gaza.

Even if there was a certain approach between Israel and some of the Gulf governments, the convergence of interests between Israel and the Gulf States is narrow, limited and possibly temporary, centering on a shared desire to contain Iran and its proxies in the region.

Besides, Israel has failed to provide the incentives required for the Saudis and their allies to allow them to reconcile geopolitical logic with popular sentiment because it has not offered anything approaching an acceptable deal for the Palestinians.

Everyone knows about the rapprochement with Israel, but no one can talk about it publicly, and no one can advocate it because there is nothing for the Palestinians in return.

Even if there are somehow timid warm connections, they will remain in dark, security-focused, largely secret and one needs only to dig the surface to reveal vital differences in Israeli and Gulf States views on many issues and concerns in the region.

Certainly, the Palestinian issue has been overshadowed in recent years due to the severe turbulent atmosphere in the region, but given the longstanding durability of the issue, which has remained a top regional priority for more than 70 years; it is more effective to reason that this situation is temporary and can reverse if any circumstances change.

The Arab identification with the Palestinians and antagonism with Israel is deeply woven into the cultural and political fabric of society. The Arab states cannot simply abandon this decades-old position without undermining their credibility.

While the regional turmoil is likely to remain for the near future, the stagnation of the Palestinian situation is not. There is no doubt that the Palestinian Issue remains the main concern for all Arabs States and in the heart of all Arab nations.