Future of Bolivia: With or without Morales 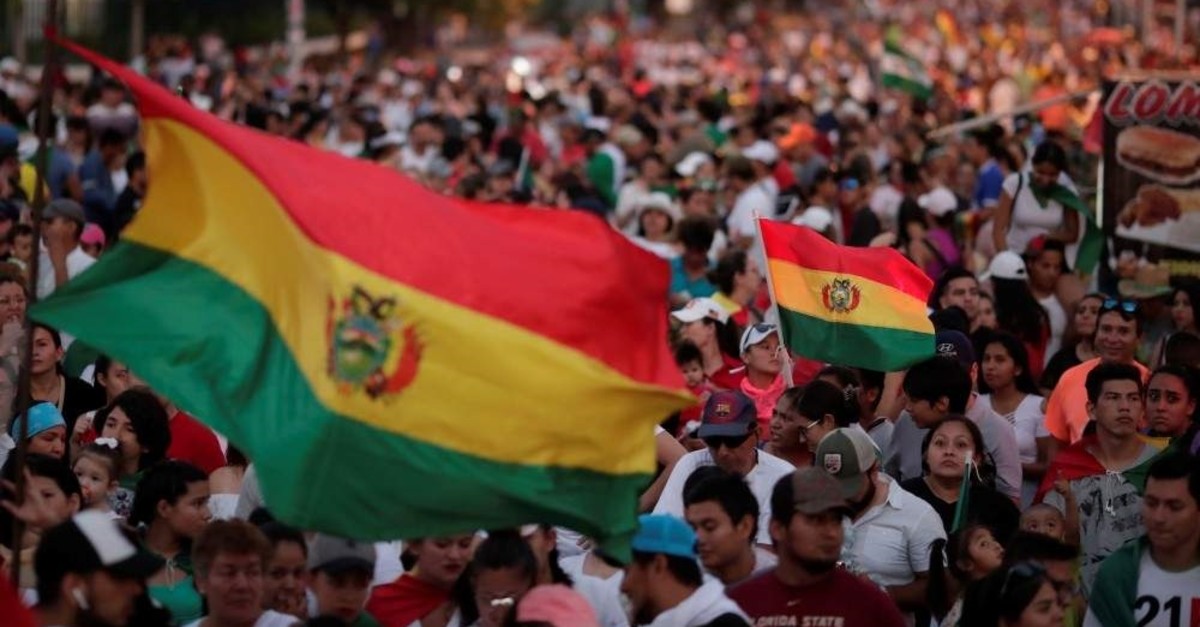 Bolivia’s incumbent President Juan Evo Morales Ayma, or Evo Morales as he is commonly known, has guaranteed a fourth term in office according to the preliminary results of recently held controversial elections amid growing protests in some cities demanding runoffs, which were previously due to be held on Dec. 15.

Morales is from the Aymara indigenous community in a country home to the largest amount of indigenous people, making up some 62%. He made headlines in 2006 when he won the general elections with a landslide victory; however, for Sunday’s elections, he received only 45% of the votes after some 83% of the votes were counted. The country’s top electoral body then announced that the vote count – which did not provide the region’s first indigenous leader with an outright victory against his main rival Carlos Mesa – was halted for no specific reason.

The Revolutionary Left Front, which participated in the elections with the candidature of former Bolivian president, historian and TV journalist Mesa, received 38% of the votes, according to the preliminary vote count, while South Korea-born politician Chi Hyun Chung’s Christian Democratic Party also got 8%.

Giving a speech on the night of the election, Morales said he is confident that there will be no need for the runoffs once the remaining votes from rural areas are counted, showing his faith in the country’s indigenous-populated areas' support once again as he did in previous elections, despite recent rumors about their disappointment.

He was indeed confident and dubbed winner late Friday when 99.99% of the votes were counted. Morales received 47.7%, while center-right candidate Mesa took 36.51% of the votes. In the end, Morales got the 10-point lead necessary to avoid the runoffs, the electoral body announced. The announcement came amid protests by large crowds in the administrative capital La Paz, which have now spread to other cities as well and international calls for runoffs, citing irregularities in the count.

Sunday’s election was held in an environment of growing distrust in the former coca growers union leader, who has secured his power in the presidential office for some 15 years as Latin America’s long-serving leader after a 2016 referendum allowed him to prolong presidential terms. Although the majority’s vote was “no” at the time, the Morales’ Movement Towards Socialism (MAS) party took the matter to the constitutional court, in which ruled in favor of the president. The public saw this as an anti-democratic move and a growing yet neglected problem, despite the indisputable achievements Morales has accomplished in Bolivia.

When he first came into power in a country that has long been in the hands of dictators doomed to serve imperialist powers with policies dictated from the region’s north, Morales built his political campaign on eliminating poverty through nationalizing the country’s resources, namely natural gas and oil. This was perhaps an inevitable response to long-dictated neoliberal policies, which were a determinant factor in not only Bolivia’s politics but also in other South American countries like that of Hugo Chavez’s Venezuela. Morales has adopted a similar policy like Chavez and identified himself in connection with his Bolivarian socialism to some extent, fighting back against the iron fist of the International Monetary Fund (IMF).

The former cocaleros union leader explained his main goal as creating an equal community and an economic model based on “solidarity, reciprocity, community and consensus” as he said in a 2006 interview, in which he proposed a model "much deeper" than that of the Chavez’s socialist model.

The country’s state enterprise, Bolivian Fiscal Oil Fields (YPFB), as well as its natural gas reserves were immediately nationalized with a presidential decree by Morales in 2006, which allowed the profits of the natural reserves to remain in the country, abiding by the long-desired demands of the indigenous. Bolivian people, who once used imported refined gas for cooking in a natural gas-rich country, started to benefit from the country’s relatively growing wealth as it began to export not only natural gas but also refined gas. The productive capacity of the YPFB has increased over the years to a point in which it has generated $31.5 billion for the country's gross domestic product (GDP), while it only provided approximately $2.5 billion in previous years from taxes of foreign shareowners. The Andean country had failed to achieve long-term economic growth before Morales took power in 2006, as the income per capita was lower than it was in more than 20 years. It has seen a remarkable increase in the related figures with approximately three times more gross national income (GNI) per capita between the years 2006 and 2018. Poverty rates have also decreased as the poverty headcount, which was 59.9% back in 2006, fell to 34.6% in 2018, according to World Bank data. What has not been prevented by Morales perhaps was the country’s fiscal deficit, which had only worsened similar to other countries that saw a quick boom in economic growth dependent on foreign direct investments.

Meanwhile, international companies were not completely deterred from doing business with the country’s nationalized YPFB but rather they had to sign new contracts, which contributed this time not only to their interests but also to Bolivia’s with higher taxes. The sharply higher tax rates were not only for cross-national corporations but for the citizens as well. The taxes, on one hand, contributed to the government’s wealth distribution and social inclusion efforts, while on the other hand drove the rich to the edge, with some of them now very angry with Morales and protesting the election results in La Paz and Santa Cruz.

Morales further dedicated his political agenda to the empowerment of indigenous groups spanning the highlands to the valleys, from peasants to coca growers, a group that also fought for its existence, especially when the United States tried to impose a ban on coca growing for its supposed fight against drugs, from which many earned their livelihood.

Identifying MAS’ political instruments, Morales said in the same interview that the party was “not created by political ideologues or by a group of intellectuals, but by peasant congresses to solve problems of the people.” Some 36 nationalities, including the Aymara and Quechua communities, were identified by the new constitution of Morales' government. The native languages of the indigenous were also recognized by the constitution as a move to provide the necessary educational opportunities for them, which were once deprived, along with their basic rights.

However, the policies regarding the indigenous were also criticized over time, as some argued that he provided basic rights to the indigenous community but that the core of those reforms lacked necessary regulations.

The disappointment among the indigenous population was a bit different, especially regarding the results of the recent election. They argued that Morales indeed achieved something for their communities, but some were benefiting more than others. Most recently before the elections, some groups from indigenous-populated areas criticized Morales’ environmental policies as well, when 4 million hectares of land – mostly populated by the indigenous – were destroyed by forest fires in eastern Bolivia. They accused Morales of not declaring a national emergency. However, what still puts Morales and his party at the core of Bolivian politics despite their authoritarian tendencies is the fact that the indigenous population sees his rivals, namely Mesa, as belonging to the white ruling class with his Madrid-based educational background.

The recent elections were dubbed gloomy, but what is actually bleak for Bolivians is the country’s future with or without Morales. He did not receive backlash from the ballot boxes and still has the majority’s support but needs to take steps to further strengthen the achievements he and his party have made over the years, and not losing the people’s faith in him will probably be one of his biggest challenges.