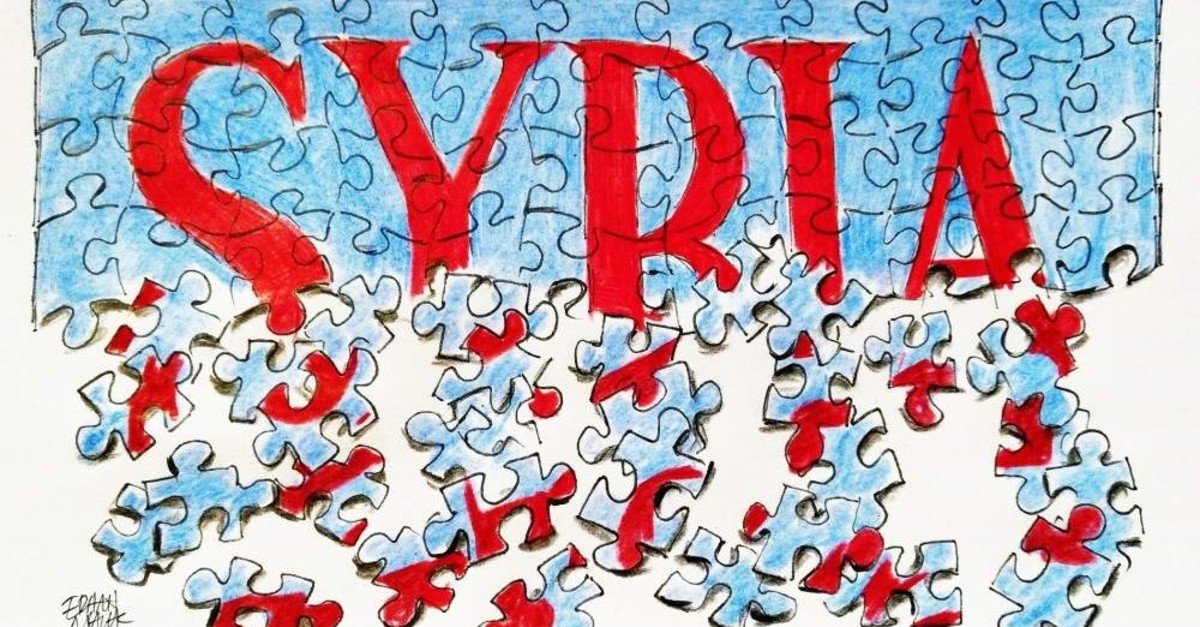 With war in its ninth year and peace yet to come, Syria is high on the international agenda. A long-awaited launch of its constitutional committee took place in Geneva on Oct. 29-30 amid a major change in the correlation of force in Syria. The incursion of the Turkish Armed Forces (TSK) on Oct. 9 into the northeastern Syrian regions has turned the course of the war upside down. The result has been an instant withdrawal of U.S. troops, a rapid advance into the region by the Russian military police and the Syrian regime regaining control over certain border areas. As for Turkey, its Peace Spring military operation, focused on creating a safe zone along the border with Syria, has generated successful results.

While the safe zone is still in the process of coming to fruition, some 2 million Syrian refugees now have a grounded hope of returning to these northeastern regions after they are freed from the presence of the terrorist groups and conditions are created for their decent living.

The successful results of Operation Peace Spring have contributed to removing a terror threat from Turkey’s southern border and enhancing its national security through curtailing the separatist activities of certain regional actors. Eventually, it will benefit the peaceful coexistence of nations and nationalities who have lived in the region since ancient times, following different religious and cultural traditions.

At its start, Operation Peace Spring generated sharp international reactions ranging from open threats and promised sanctions, emanating from the U.S., to harsh words condemning the incursion, spoken by EU authorities. Most recently, Russia’s constructive approach to the situation emerged.

With the U.S. largely out, Syria’s future settlement greatly depends on the wise policies of Turkey and Russia, and on fiduciary relations of the country leaders. On Oct. 22 in Sochi, President Recep Tayyip Erdoğan and his Russian counterpart President Vladimir Putin held a six-hour round of demanding talks to produce the ground-laying agreements that have fixed the newly-established zones of influence. “Saving peace on their border, Turkey and Syria will be jointly together,” President Putin said while revealing his vision for the future cooperation model.

While the Turkish operation was being completed, additional time was granted for the People's Protection Units (YPG) units’ withdrawal from the Turkish border region. As that time period has come to an end, Turkey and Russia are now due to start jointly patrolling the liberated territories and the Syrian regime troops will resume control of the Turkey-Syria border.

“Within the next 150 hours, all the YPG units are due to be out of the area and their heavy armaments moved 30-kilometer deep inside the territory to be liquidated," President Erdoğan said while summing up the meeting outcomes. "The joint patrolling will run up to 10-kilometers deep inside Syrian territory.”
And, in line with the agreement, the YPG forces yesterday reportedly withdrew from the agreed-upon areas.

To carve a constitution

On Sept. 23, U.N. Secretary-General Antonio Guterres finally announced the formation of a committee to carve out Syria’s constitution, a long-awaited step in a stalled peace process. The initial decision to establish it was taken at the Syrian national dialogue congress in Sochi on Jan. 30, 2018, and it generated indisputable U.N. support.

Shortly afterward, under the guidance of the U.N. and the Astana process guarantors, the committee formation made a start but faced considerable difficulties due to protracted disagreements between the Assad regime and the opposition regarding the selection of committee’s members. Slowly but surely the process continued, to eventually produce an official announcement of its formation, with the first meeting finally taking place with tangible outcomes.

The committee has 150 members to equally represent the Syrian government, the opposition and the civil society groups of independents, tribal leaders and women. Its task is to prepare a draft of the constitution to lay down the grounds for building a new and hopefully democratic Syria. The task is demanding, and the debates continue on how to create it: either to write the constitution anew or amend the 2012 version. The difficulties are no surprise since at stake is an instrument to pave the way to office for a new government and hopefully democratically elected leaders.

In Syria, of utmost concern is the current constitutional clause on who can be the country’s president. According to it, only a permanent resident of Syria for at least 10 years prior to the elections can be nominated as a presidential candidate. This is beneficial for the Assad regime and has made it warm toward amending the 2012 version.

On the contrary, the opposition would be largely deprived of participation in the elections in this case, and it is adamant on drawing the constitution anew. As such, the opposition insists on adopting a new constitution, while the ruling regime agrees to amendments to the existing one only.

The personality of the future Syrian president is another thorny issue. “The will to determine Assad’s future shall be the will of the people of Syria. All the people, currently in Syria or out of it, shall decide on the future of their country,” President Erdoğan said.

With the Syrian constitutional committee officially formed, it’s been made clear that the actual work on it will be done by 45 people, per 15 persons from each of the three groups forming the committee. The proposals they work out will be brought to the attention of the full committee and decided upon by consensus.

If it’s not possible to reach a consensus, a voting procedure is envisaged requiring no less than 7% of the votes for a decision to be adopted. The committee is due to have two chairmen, one from the opposition and one from the government, though their identities have not yet been revealed.

For the political resolution

Geir Pedersen, the U.N. special envoy to Syria, called the launch of the constitutional committee the first concrete political step jointly achieved by the Syrian government and the opposition that paves the way for implementing the U.N. Security Council Resolution 2254.

Still, Pedersen considers this development rather a "door opener to a wider political process to meet the legitimate aspirations of the Syrian people.” He is fully aware that this step alone is not enough to solve the 8-year-long conflict and that no political resolution is possible without reduction of violence and an overall cease-fire established in the country.

Having hardly emerged, the newly formed body is about to become a hostage of conflicting aspirations and the chances are that its first meeting may well end in failure. The Syrian opposition believes that the committee’s work would be useless if the Syrian regime doesn’t announce political amnesty, and Assad is quite reluctant to do it.

Procedural details remain vague as well. According to Pedersen, the committee’s work won’t be limited by any time frames, which generates disagreement from the Syrian opposition. Nasr al-Hariri, heading its delegation, believes that the work on the constitutional reforms should not exceed six months while referring to Resolution 2254.

According to it, in al-Hariri’s reading, this time period is required to establish in Syria an inclusive and trusted governance, and to work out a time schedule and procedures for carving a constitution and holding elections in line with the 18-month period stipulated by the resolution.

Pedersen, however, assumes the resolution refers to a time period for the national elections and doesn’t envisage any “clear limitations on the committee’s work.” Moscow supports Pedersen's position on this and believes, according to Alexander Lavrentiev, the Russian representative at the Astana peace talks, that the “opposition has a definite right to voice its opinion but within certain limits.”

Besides the time given to the constitutional committee to accomplish its task, the disagreements extend to other issues as well. The opposition doesn’t want the Syrian regime to have access to and control over the election process, in which case, it believes, all efforts for democracy would be useless. As such, the required political reforms should start before the elections. Nevertheless, it’s hardly realistic to expect the Assad regime to voluntary share its power with the opposition and limit its authority over the elections process.

The Syrian constitutional committee has held its first meeting, and it was observed once again that for the committee to succeed, broad international support is a must. Its formation may launch large-scale consultations on Syria’s future by engaging all of the actors concerned. “Our U.S. and EU colleagues have welcomed, though reluctantly, the agreements reached by the Syrian government and the opposition on the formation of the constitutional committee and adoption of its rules facilitated by the Astana process guarantors,” Russian Foreign Minister Sergei Lavrov said at the Valdai Forum this September.

The U.N. role in this demanding and challenging process is of special importance. “We’ve made an agreement with the opposition and the Syrian government on the intermediary role that the U.N. is due to play, and it’s fixed in the committee’s rules of procedure that that would be our contribution to the process and nobody else is to carry this responsibility," Pedersen said.