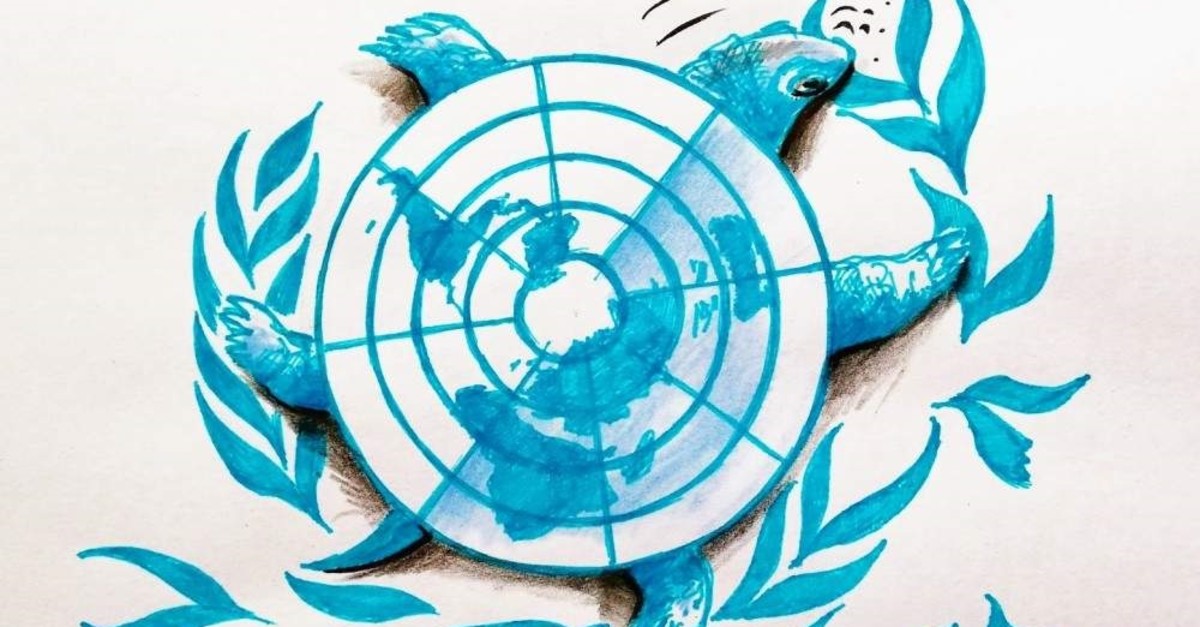 Following the establishment of the United Nations in 1945, global politics entered a new era with the victorious powers of World War II in a position to help shape the norms, values and institutions of international relations for the coming decades.

The United States in partnership with its wartime allies, as well as Germany and Japan, put into existence the fabric of the so-called liberal world order, with the U.N. and its affiliated funds, programs, agencies and departments occupying center stage in this endeavor. As of today, the U.N. has approximately 40,000 employees working in various U.N. organs around the globe and a yearly budget of approximately $40 billion.

These figures are modest compared to many other international and regional organizations in charge of much narrower tasks and responsibilities. The U.N. is also running many peacekeeping operations in different conflict-riven geographies having around 100,000 troops under its command. Though the U.N. Charter does not include peacekeeping operations among its duties, the organization has undertaken many such operations since the second half of the 1950s till now.

Compared to the Cold War era, the last 25 years have witnessed a steep increase in the number of such operations given the evaporation of bipolar tension between two power blocks and the growing intrastate challenges to international security.

Each September, within the framework of the U.N. General Assembly, all U.N. members gather in New York to discuss global issues of concern as well as share ideas on how to restructure the U.N. to make it more adaptive to the current dynamics of global politics.

Such annual summits also provide leaders with opportunities to mingle with each other on the sidelines of official gatherings. Many informal bilateral talks among countries and the speeches that leaders of the most powerful members of the U.N. deliver at the podium of the General Assembly attract attention in the eyes of the global public opinion.

The U.N. has had both realist and liberal underpinnings at its foundation. The maintenance of international peace and security as well as the improvement of human rights constitute its main functions. Helping preserve order and security among its members, achieve sustainable economic development, improve human rights, protect the global environment, and reducing poverty and hunger are the U.N.'s core tasks.

While the composition of the Security Council with its veto-holder permanent members having a privileged status reflects the realist logic of the U.N. machine, the General Assembly, with its egalitarian membership, the Economic and Social Council and the International Court of Justice, embody the liberal spirit of the organization. The U.N.'s secretary-general is in charge of the entire U.N. bureaucracy and holds the main responsibility for striking the right balance between the U.N.'s realist and liberal characteristics.

The U.N.'s failure to have bridged the gap between these two goals has become more conspicuous in recent years, as the primacy of Western powers has become increasingly contested by the rising non-Western powers in an emerging multipolar world order.

In finding the most appropriate solutions to different challenges confronting the U.N.'s institutional capacity as well as maintaining the cohesion among U.N. members, one needs to underline that "the U.N. was not created to bring us to heaven but in order to save us from hell."

Dag Hammarskjold, the legendary U.N. secretary-general between 1953 and 1961, made this statement in the face of the Cold War-era confrontation between Western and Eastern blocks. This suggests that all efforts to be undertaken with a view to coping with challenges lying at the doorsteps of the U.N. should reflect a high degree of modesty that was present at the foundation of the most important bedrock of global peace and security.

The U.N. has never become and will never be an organization that could bring an end to interstate rivalries and conflicts as well as guarantee the emancipation of human beings from all kinds of yokes, impediments and chains that apparently curtail their freedom and dignity.

That said, the core function of the U.N. should be to help pave the way for a particular international environment in which global solutions to global problems are found easily and in a cost-effective way. For this to happen though, some steps need to be taken without any delay.

Calls for the US

First, the leading global power and the main financer of the U.N. system, the U.S., should preserve its commitment to the U.N.'s multilateral and consensus-oriented spirit.

It is already known that a good portion of the American public and many conservative elites alike abhor the U.N. and the constraints that international organizations in general put on U.S. decision making authority.

With U.S. President Donald Trump now in the White House, the American commitment to the U.N.'s multilateral mechanisms can no longer be taken for granted. Trump's "America First" mentality has already proven its deleterious impact on global warming and free trade. His decision to withdraw his country from multilateral agreements and inclination to solve problems in bilateral platforms do not bode well for future U.S. commitments to the U.N.'s institutional legacy. Not only the U.S. but also other rich members of the U.N. should contribute more to the U.N. budget.

Permanent members of the U.N. Security Council should not see the U.N. as a platform through which they can protect their realpolitik security interests and spheres of influence across the globe in a zero-sum mentality.

The more they do this, the more the U.N. itself and its potential contributions to global peace and security would be subjected to national vetoes. Despite all its deficiencies and shortcomings, the U.N. appears to be the most legitimate international institutional setting in which countries of different power capabilities, geographical locations, national identities and political values could potentially feel at home.

For the U.N.'s legitimacy to survive in the emerging century, its liberal and multilateral characteristics should be respected mostly by its veto powers. In a time of great upheavals and given that the principle of universalism has increasingly eroded in recent years, the U.N. remains one of those race institutional platforms that could still be of value in this regard.

Different U.N. organs and agencies should be redesigned in such a way to make more room for the emerging/rising powers of the non-Western world. The U.N. should reflect the emerging power dynamics of today's world. Why do the United Kingdom and France still hold veto power within the U.N. Security Council whereas Germany, India, Japan, Brazil, Turkey and other rising powers can only join the Security Council as temporary members for two-year time periods pending their elections by the General Assembly?

The U.N.'s structural reform should target more inclusivity and justice and not be kept hostage to current permanent members' caprice and jealousy. Non-Western powers should also be given more voting rights in other U.N.-affiliated international organizations, such as the World Bank and the International Monetary Fund, and their nationals should be appointed to more influential positions within the U.N. bureaucracy. As President Recep Tayyip Erdoğan frequently states, the world is bigger than five.

The U.N. should be restructured in such a way to make more room for non-state actors in their efforts to steer the course of international developments as well as offering solutions to global challenges of different kinds.

In a globalizing world, people of different identity groups, national belongings and religious denominations should be allowed to mingle with each other under the U.N.'s institutional roof. The U.N. could cure the illness of illiberalism, exclusionary practices, xenophobia, populism and particularism.