Who wants peace in Libya and who does not? Peace will rise from the east 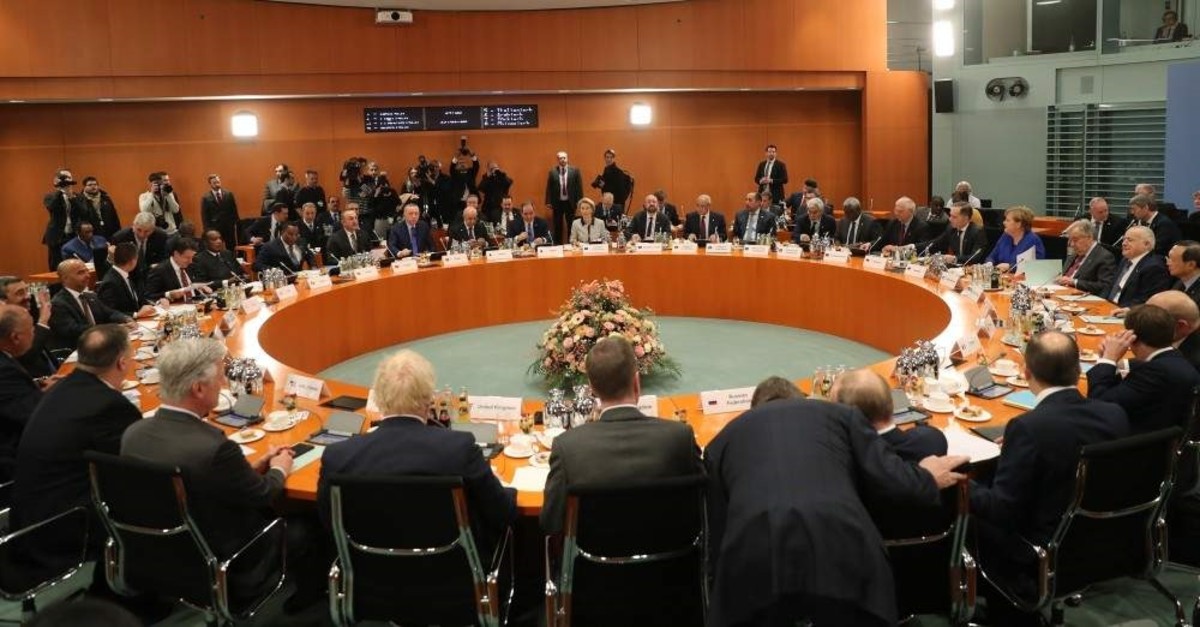 Which countries are genuine supporters of peace in the various conflicts around the Middle East and the Mediterranean today?

Which countries have caused the conflict to deepen, which have been silent in the face of all the blood and tears, and which failed to take any initiative in offering a solution?

In the first category, Turkey and Russia's performance as the sponsors of a solution regarding the announcement of a cease-fire has given momentum to ending the conflicts in Libya and Syria, especially in the past few months. The fact that the two countries support different actors in both conflict zones, in other words, the fact that Russia supports Bashar Assad and Gen. Khalifa Haftar while Turkey does not sit at the table with these actors, has not changed the reality that the two countries have only achieved this by showing a determination for a political solution and having successfully negotiated to find some common ground.

Just as President Recep Tayyip Erdoğan has stated, even though Turkey and Russia think differently and support different actors, their joint interests require a political solution, stability and the establishment of peace in conflict zones in the Mediterranean and the Middle East and both countries have accepted this fact.

By contrast, at this point, what exactly western countries are trying to do is losing its meaning as they do not seem to be making any efforts to end the conflicts in the Mediterranean, the Middle East and the Eurasian continent, while also claiming that Turkey's axis is shifting toward Russia.

Countries such as France, the U.S., Germany and the U.K. and their partners in the Middle East such as the United Arab Emirates, Saudi Arabia and Egypt have been a part of the deadlock in Syria and Libya for almost 10 years. Whenever a consensus toward peace seems on the cusp of being built, either the countries themselves, non-state groups or the various warlords they finance simply say, "We do not accept this agreement," and a resolution is foregone.

On the other hand, these countries are trying to preserve their interests in Syria and Libya while not refusing to shoulder any of the political and military cost for the establishment of peace but still continue their military presence in these countries and deliver weapons. However, when it comes to Turkey, which is a neighbour of these countries and is looking out for its genuine national security interests, the message is given that it "cannot have soldiers there."

In light of all these facts, it seems difficult to comprehend how these western countries, which take the attitude that "only I can interfere, not you" when interventions in Syria and Libya are in the cards, can criticize the successful diplomatic progress being made by Turkey and Russia.

Therefore, despite having some different views and policies, the role Turkey and Russia have played and the initiatives they have taken in the Berlin summit Sunday to establish a cease-fire in Libya have made it clear that the potential for peace rises from the east.

Furthermore, it is a fact that no actor, with the exception of Turkey or Russia, has been able to put the necessary pressure on Haftar, whose claim is illegitimate and who has been gaining land for years as a warlord, just as a cease-fire was to be established in Moscow. Haftar's time is up. Who wants him to continue his political and military presence?

We know that Haftar left the cease-fire table in Moscow due to the messages of the UAE and Egypt. Well, who has been whispering in the ear of these countries to make Haftar leave the table? As a sequel to that, who is responsible for delaying the peace process while there was the necessary will for the announcement of a cease-fire the previous day in Berlin?

Who wants to apply an arms embargo on Turkey and Russia while pretending not to have piled up soldiers and weapons in Libya for the last 10 years?

In this regard, it would likely be wrong to blame Turkey, which has been supporting the U.N.-recognized Libyan Government of National Accord (GNA) and Russia, which has been pressuring Haftar for a cease-fire despite offering him support.

Now, with the Berlin summit, a new period of hope, although still open-ended, has been entered. Those who do not want Turkey and Russia to get credit for establishing peace and a cease-fire have wanted to play the second round in Berlin. Yet, their game seems like it will take plenty of time. Turkey's stance, on the other side, will be to establish the cease-fire as soon as possible while supporting the official GNA to strengthen it by all means.