In the Middle East and beyond, stability is what we all need 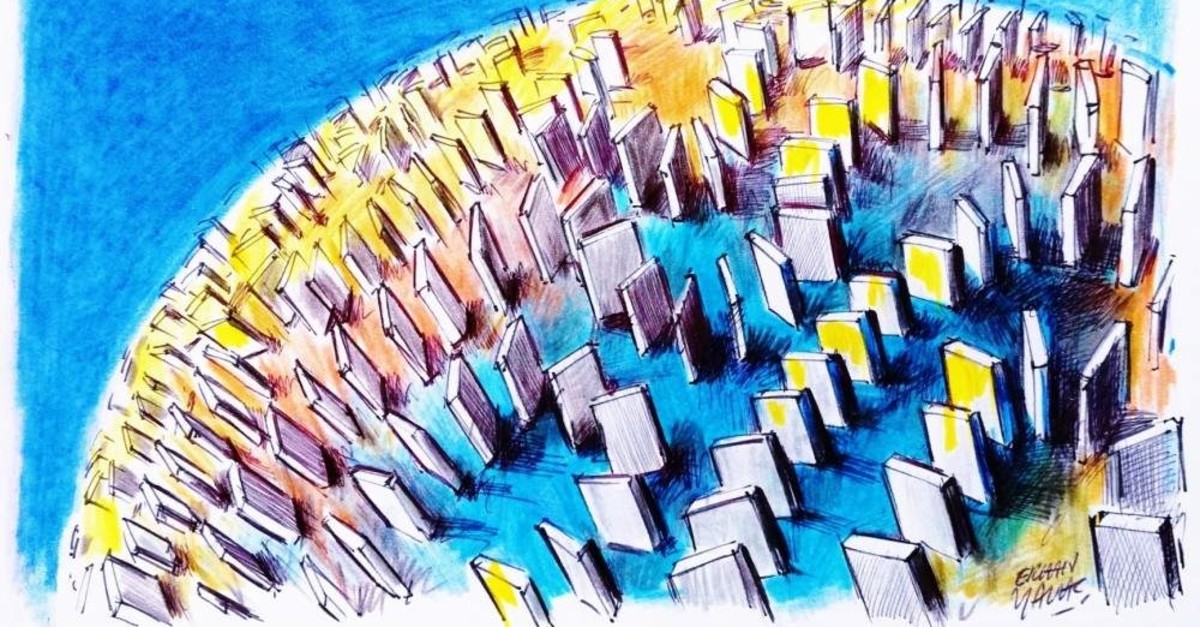 Crisis, civil war, conflict, mass protests, bomb attack and similar terms are no longer words that alarm or grab the attention of the average news followers or those who follow international events around the world. While the insensitivity toward such events has grown, the dark reality on the ground continues at the expense of lost human lives, diminished rights and freedoms, and the spread of regional instability with the absence of strong democratic governments. Such calamities, particularly in the Middle East region, continue to grow at a faster speed in the post-Cold War era, although their appearance is not a new phenomenon.

In the recent history of the region, the intervention and invasion of Western powers in the Middle East region – and elsewhere for the sake of their interests – began mostly with the weakening and decline of the Ottoman Empire. In the post-World War I design of the region, wrought with instability and division, autocratic monarchies were also installed as a form of governance.

In other words, the global changes that took place in the post-Cold War era – including the invasion of Iraq and Afghanistan, up to the recent crisis in MENA region, particularly in post-Arab Spring countries such as Egypt, Syria and Lebanon – could be characterized as the continuation of the "designed instability as a form of governance" following World War I. A particular symptom of such malaise is the weakening of the central governments and the threat of divisiveness posed for state sovereignty and territorial integrity.

The loss of these concepts has been particularly visible in Iraq, Syria and most recently Libya, which at the very least has caused political and economic instability, while the humanitarian cost has become trivial.

Recently, a former Turkish diplomat was commenting on a Turkish broadcaster following Libya peace talks in Berlin. He counted eight countries in Turkey's neighborhood which are in de facto conflict and/or face challenges to territorial integrity and state sovereignty by either external powers or factions supported by external powers: Libya, Syria, Iraq, Azerbaijan, Georgia, Ukraine and Moldova. In these countries, in one way or another, the central governments have lost control over some territories within their borders.

What is interesting here is the fact that in most of these countries, the conflicts are fueled by Western countries. In Syria, for example, almost 30% of the country's territory is controlled by the YPG terrorist group, which has been backed by the U.S. administrations during the Syrian civil war. In Libya, for another example, while there is an internationally recognized and U.N.-backed government, the forces loyal to putschist Gen. Khalifa Haftar receive support from U.S. allies in the Gulf or European countries like France and Greece. The bloodshed and conflicts in the region's countries do not remain within territorial borders. By nature, and as a result of human movement, they can easily turn into a regional conflict and even more, a global disaster, as it has been with the Syrian refugee crisis.

The core of Turkish approach

When Turkey, as a country which has been the host of more than 4 million Syrian refugees and has faced security threats from two failed states along its southern borders, underlines the protection of Syria or Libya's territorial integrity and the protection of its sovereignty, it is a result of the belief that stability and security, and ultimately regional prosperity, can be achieved through protecting sovereignty of the states without external interference.

The invasion of Iraq and Afghanistan – and the failed promise of bringing democracy – has only led to the surge of global terrorism. Yet, having failed to acknowledge and learn from these mistakes, Western powers did not stop their interest-based interventions in Syria and supported the PKK terrorist group's Syria affiliate, the YPG, despite the PKK being listed as a terrorist organization by the EU, Turkey and the U.S.

The lack of genuine support for Libya's U.N.-backed Government of National Accord (GNA) by the international community serves only to increase instability in Libya and beyond, be it in the continuation of armed conflict or political instability and humanitarian crises. Similar issues, of course, are not limited to the Middle East region but stretch from Venezuela to Somalia. Interventions or the lack of support to central and legitimate governments only breeds terrorism. Al-Shabaab attacks take place almost every day in Somalia. They do not always make it to headlines, but they are happening and they are real.

If political stability and democracy are laid out as a basis to establish economic prosperity globally, then establishing a stable and democratic Middle East – and beyond in the developing world – should not be kept out of such equations and should be the most important priority for the rest.

The transition to serve all

A democratic political transition in Syria and also in Libya, supported by maintaining the country's territorial integrity and sovereignty, will not only serve the people of these countries but also their respective regions.

If the decisions taken at the Berlin conference do not turn into concrete actions, ending bloodshed will remain out of sight for the future. If a political transition with legitimate actors in Syria, such as the actual people and majorities in the respective countries, are not supported, the tragedy and suffering of Syrians may continue in the 2020s.

It is true, the balance between freedoms and security may not be well set in the 2020s. However, if logical steps are taken to ensure security, then it could serve as a basis to establish freedoms as well. And ultimately, economic prosperity will follow if security and freedoms are institutionalized. These can only be achieved through legitimate and democratic states and not governments which have lost control over their territories. Finally, if political chaos continues with armed confrontations and violence, then global challenges such as climate politics will also fail to take their deserved place in international politics as well.