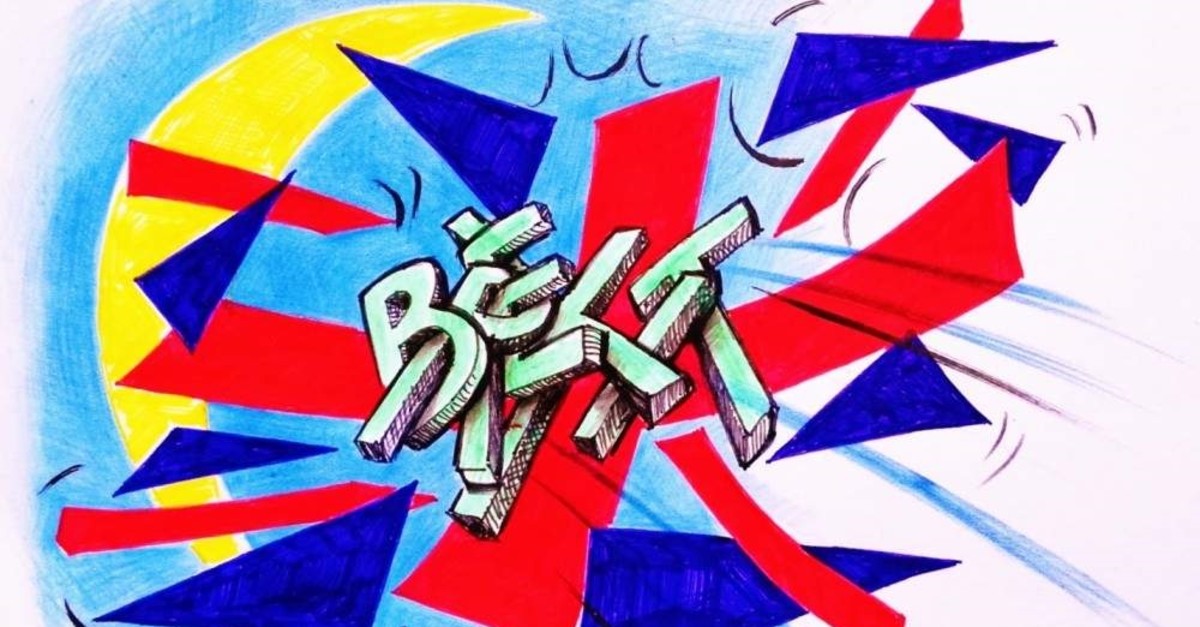 All eyes are on Brexit. When Britain finally leaves the European Union, what will happen to ethnic minorities and British Muslims?

The Independent reported that almost a third of Brexit voters believe "Muslim immigration is part of a secret plot to Islamicise Britain" while some voters are "more interested in expelling Muslims." Peter ten Hoopen predicted that Muslims would be expelled from Europe by 2020.

But such extreme views reflect the mindset of a small fraction of people inspired by the ideologies of right-wing politicians and biased media reporting.

Given that fear is a tested weapon in the armory of the ruling elite, once again, Fear Inc. is in full swing playing on the fear of Islam and Muslims taking over Europe. Is it a factual calculation?

Of course, anti-Muslim hatred did not spread overnight. Several politicians, media outlets and right-wing groups have long been active in manipulating and affecting opinions as well as the perception of Muslims. Think of the British tabloids devastating headlines and scary statements of reactionary individuals like Nigel Farage, who branded British Muslims as a "Fifth Column."

According to a Guardian report, members of a white supremacist group are on a campaign to ban Islam in the west and argue that "All Muslims should be removed from the U.K."

To be fair, the last three decades have witnessed a series of political events that have involved Muslims, with Middle Eastern wars resulting in waves of terrorism, violent protests against dictators and anger among Muslim youth due to Western interventions in their lands that have kindled extremism and radicalization.

If someone is upset about a fraction of those Muslims being involved in harmful practices, then that person must also consider the illegitimate and unnecessary interventions in the Middle East and beyond. Google atrocities of the British Empire and its recent support of dictators, radical and extremist groups, and what do you expect will appear as results?

Fearful for the future

With a population of around 2 million, British Muslims form the country's second-largest religious community and contribute 31 billion pounds to the British economy besides making other substantial contributions.

Obviously, Muslims have solid reasons to be fearful of their future in a post-Brexit British society. To be honest, most members of the British public have some fear about Brexit: Will the pound stay strong? Will I have to leave the country? Will I still have a job?

Recall the history of British Jews who were persecuted and finally expelled from Britain in 1290. They were also expelled from several European countries, including France between 1182-1394 and Spain in 1492. Even today, Jews feel unsafe and fearful of their future in Europe, including in England.

Plenty of evidence is available showing that groups including the Scots, the Irish and black people have also experienced racism during different times in Britain. Some may say that we have come a long way since medieval European history, but the point is that racism is still alive and thriving. So, anything could happen.

Currently, the rapid rise of far-right movements, the weakening of the left and accelerating Islamophobia have made Muslims cautious about their future. Professor Tahir Abbas, an expert on British Muslims told me: "It is undoubtedly the case that Brexit has unleashed a wave of populism, authoritarianism and everyday racism that is unprecedented in recent times. Swathes of minority groups are feeling the pressure, in particular, Muslim minority groups. However, I do not foresee some of the horrific realities faced by Jewish groups in the 20th century occurring in Britain in relation to Muslim groups."

Many fear a rise in social divisions, an increase in anti-Muslim sentiment and even riots. Everyone has their own reasons for such thoughts, but in fact, the far-right is getting unprecedented publicity in Britain.

The University of York historian David Clayton told me: "We are in dangerous times, comparable to some respect with the situation in the 1920s and 1930s. Our epoch has seen a profound backlash against globalization, and so it is highly likely that Brexit will continue to inflame populist rhetoric. This includes attacks on non-white immigrants and refugees."

One Al-Jazeera report asks the momentous question: "Is Brexit really about keeping Muslims out?" Of course, however, it is difficult to figure out what post-Brexit Britain will be like.

More worryingly, Britain now has a person in charge who had refused to apologize for his racist sensational remarks about veil-wearing Muslim women that he compared with "letterboxes."

Although recently Johnson said that his motive was "to defend their right to wear burqas," for whatever reasons, some politicians do say insensitive things, perhaps to boost the media's attention. Just think back to Jack Straw's remarks on the veil, claiming it as a "visible statement of separation and of difference."

The growing number of attacks on veil-wearing Muslim women, the vandalization of mosques and even increasing assaults on mosque-goers are all signals of the tidal waves of hatred against British Muslims.

Over the last several years, studies, polls and surveys have all shown that British Muslims have been victims of hate crimes, racism, violence and bigotry, as the majority of the British people hold negative views of Muslims and Islam.

The acts of Asian and Muslim-background gangs were seen as heinous crimes and offenders were either stripped of their nationalities or expelled, while white groomers were spared. Take the case of Shamima Begum, a former Daesh bride who was denied her return to Britain.

So what does this mean? Simply that British Muslims are an easy target, with the least protection under the law.

The British media's reporting on Islam and Muslims has long been a matter of inquiry for critics. Following the Rushdie Affair (1985) and a number of other significant events including the London Bombings, British media portrayals of Muslims have been invariably "misleading and negative."

Previously, Jewish, Irish, Scottish and Caribbean-background citizens have all have been singled out and presented as "the enemy within" and a threat to the existence of British society.

Nowadays, Muslims are the "bad guys," "terrorists," "radicals," "jihadists," "tax defrauders," "disloyalists" and any other negative persona that one can think up.

It is no wonder then, if such narratives of British Muslims are constructed and sponsored, that mainstream society will believe in what they are being fed 24/7 and conclude that Islam and Muslims should be banned.

Sections of the British media often misreport and fabricate fake stories about Muslims' faith, culture and way of life.

The same British media organizations are responsible for the rise in anti-Muslim hatred resulting in attacks on mosques, veiled women and bearded men. So what can be done to halt sensational media reporting? Can the media foster community cohesion?

Several leading British analysts have predicted that Islamophobia will reach record high levels during Johnson's premiership. Suhaiymah Manzoor Khan wrote that Johnson is "one of the most openly racist and Islamophobic politicians in recent British history." Khan anticipated that under Johnson's government, "Muslims will be unsafe," obviously because Islamophobia is flourishing among Tory MPs.

Many believe that Jeremy Corbyn lost the recent general elections because of the systematic media campaign that declared him as allegedly anti-Semitic, despite no proof of that accusation.

By contrast, Johnson came into power even though the liberal press and members of the public continually complained of his racist attitude.

Currently, British police are probing "alleged anti-Semitism by members of the Labour Party." The point is, when will the police investigate members of the Conservative Party who are allegedly Islamophobic?

Recently, The Observer acknowledged that Islamophobia received less attention in comparison to anti-Semitism. Remember Polly Toynbee, who once said that, "I am an Islamophobe, and proud of it." Can Toynbee dare to say that she is a proud anti-Sematic?

Such careless and discriminatory statements can only flame anti-Muslim sentiment. Maybe this is why Islamophobic attacks in Britain are growing as mosques are being vandalized and broken into and imams are being threatened.

Another leading study finds that unchecked Islamophobia prevents the British Muslim workforce from performing well in the workplace. This is happening mainly because of "widespread Islamophobia, racism and discrimination."

Furthermore, the report suggests that veil-wearing Muslim women face "particular discrimination" at the workplace, even though the number of Muslim women in universities is far-higher than that of Muslim men.

Yet, sections of the British media too often misinform the public about the role of women, their responsibilities and their positions in Muslim societies. This is how Islamophobia rises and too often goes unchecked.

If the government continues to ignore and postpone addressing the genuine concerns of British Muslims to put a cap on rising Islamophobia and protect it with laws such as those that exist to prevent anti-Semitism, then British Muslims will continue to live in fear – a fear of being expelled!

* British-Pakistani political analysts and human rights activist based in the U.K.