Isolationism versus internationalism: Which course to take in foreign policy? 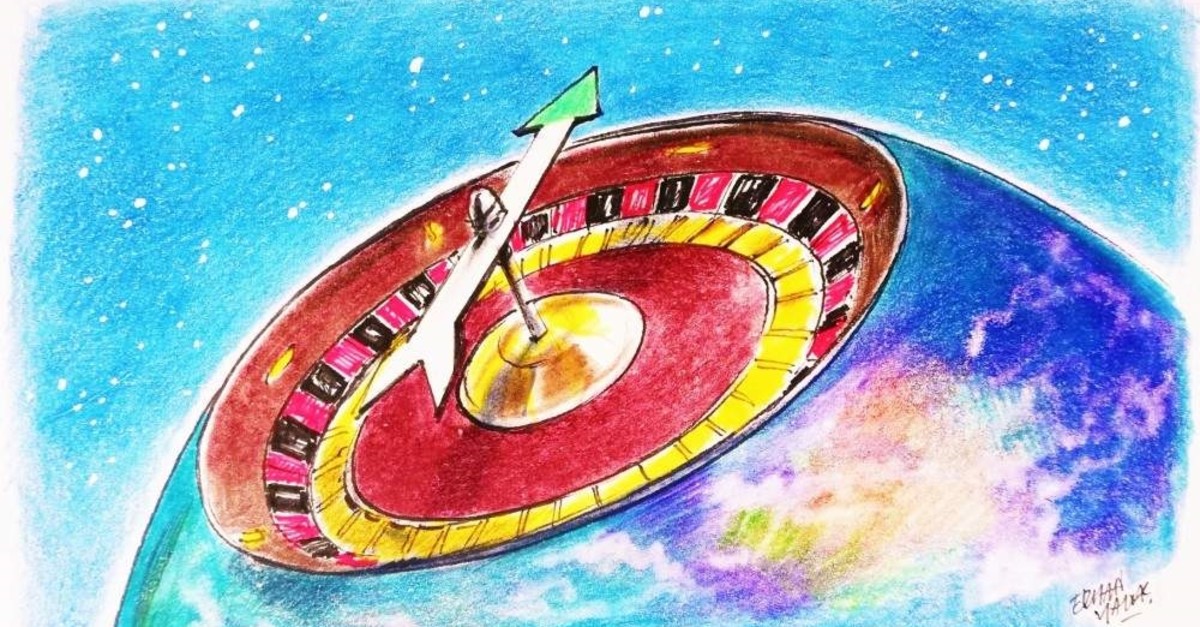 Isolationism suggests that states would not want to get involved in political developments taking place outside their territorial borders. They might think that they have the power and capability to protect their territorial integrity and other key national interests by isolating themselves from the external environment. Isolationist states tend to believe that their geographical location, power capabilities and the nature of the terrain on which they sit would protect them from external threats. Countries that tend to pursue isolationist foreign policies generally believe that they are self-sufficient and capable of meeting all of their needs on their own.

On the other hand, the feeling of weakness might also equally lead to isolationist thinking that the more active they become outside their borders, the more they would be exposed to external challenges and their interests would be threatened. Countries that think they are extremely fragile in terms of their internal characteristics might decide to stay as far away as possible from international developments and may enter long-term interactions with other states. Pursuing internationalist policies might incur unbearable costs in their internal affairs. The more relations they establish with other countries and the more active they become in the internal affairs of others, the more likely others may also interfere in their internal affairs.

Countries that tend to pursue isolationist foreign policies are predisposed to believe that they are inherently different from other countries in terms of historical experiences, regime type and national values. They do not easily identify themselves with other countries. Countries that pursue isolationism abroad would not claim regional or international leadership at the center of their foreign policy thinking.

The relevance of both logics, namely self-sufficiency and internal fragility, to isolationism can be clearly seen in the example of the United States foreign policy. Since its establishment in the late 18th century until the beginning of the 20th century, the U.S. pursued an isolationist foreign policy. During this era, the U.S. had been weaker than many European colonial powers and the latter had geopolitical designs on the American continent. Lest the U.S. invite direct European involvement in its internal affairs and become the target of geopolitical competitions among European colonial powers, American presidents preferred an isolationist foreign policy. Focusing on internal nation-building, modernization and development processes, the American statesmen thought they should not go outside their borders to seek monsters to defeat or to get entangled in long-term alliance relations with other countries.

On the other hand, the reason why isolationism as foreign policy has continued to attract many followers since the onset of the 20th century until now cannot be explained fully by the logic of fragility. Coming out of the Spanish-American War in 1898, World War I in 1918 and World War II in 1945 as victorious, the U.S. has become the most powerful country in global politics by quite a wide margin. Protected by two oceans to the east and west, bordering much weaker neighbors to the north and south and outpacing all other countries on the map in terms of material power capabilities, one would expect that isolationism would lose its allure in the eyes of American statesmen, strategists and people alike. Yet, this has not been the case at all. Those who have argued in favor of isolationism since the early 1900s until now share the following points in common.

First, the U.S. has already been powerful enough to deal with each and every state that might potentially threaten core American interests. Second, pursuing internationalist foreign policy rhetoric would allow others a free ride on the back of the U.S. Entering into a long-term alliance with other countries through NATO and bilateral security agreements or adopting free-trade with minimum protectionism would benefit others more than the U.S. Third, the U.S. would do well to focus its attention on internal problems rather than squandering its money, blood and other assets for the benefit of others. Fourth, the U.S. is an exceptional country and its values are unique to itself. The best it could do is to become a role model for other countries by pursuing exemplary policies at home.

Despite huge differences between the 19th-century isolationism and Trump's "America First" mentality, foreign policy preferences of today's American president can also be defined as isolationist. Shunning nation-building exercises abroad, outsourcing security responsibilities to regional allies, disparaging globalism as a creed, adopting a transactional approach in interactions with others and supporting the idea of decreasing the number of American troops deployed abroad can be seen as examples of isolationist foreign policy.

Another country that has adopted an isolationist foreign policy is North Korea. Here, the logic of fragility is more prevailing than the logic of self-sufficiency, even though the Pyongyang regime has put the logic of self-sufficiency at the center of its national interests since the end of the Korean War in 1953. Surrounded by powerful countries to its west, south and east, namely China, South Korea and Japan and ostracized by the U.S.-led international community for a long time, Pyongyang feels extremely vulnerable to the outside world. The character of its regime and the meager power capabilities at its disposal do not put North Korea in an advantageous position vis-à-vis the outside world. Pursuing an isolationist foreign policy line seems to be informed by the strategic calculation that this is the most effective way of ensuring the survival of the totalitarian and authoritarian regime in Pyongyang.

Juxtaposed to isolationism is internationalism. Internationalism holds that states define their national identity and interests in a way that underlines the commonalities they share with others. States think that they can achieve their foreign policy interests through close interactions and cooperation with others in the system. Isolationism and protectionism are discarded in favor of developing closer bonds with other states in different policy realms.

Internationalism also presumes that all states are in the same boat and that they need to align their policies with each other in order to not lose in the globalizing world. The underlying assumption here is that the shrinking of the world paves the way for a global community of nation-states to emerge. Further integration within a globalizing environment would push states to cooperate with each other in order to find common solutions to common problems and challenges. Internationalism owes a great part of its existence to the liberal conceptualization of international relations, thereby states could mitigate the negative consequences of the anarchical international political environment as well as bring into existence a community of common destiny through interdependent and cooperative relations.

Countries that pursue internationalism as a foreign policy course also tend to believe that it is in their national interest to bring about a particular regional or international environment in line with their national priorities. Playing an active role in their neighborhood and globally would not only help them shape the course of developments outside their borders but also enable them to promote their internal values and norms to third parties. However, one needs to admit that the success of states materializing their national interests through internationalist foreign policies is closely linked with their hard and soft power capabilities. It is generally the case that countries that are comparatively more powerful than others in the region, as well as globally, pursue internationalist foreign policies.

Risks and benefits of isolationist and internationalist foreign policy courses should be considered carefully before choosing any of them. There is not a one-size-fits-all kind of isolationist or internationalist foreign policy prescription in today's world. There even exist multiple variations of both alternatives. Nevertheless, internationalism seems to be a much wiser course of action in today's increasingly shrinking world, despite the growing appeal of illiberal populism and anti-globalist nationalism.