The common feature of Trump and Xi: Decreasing popularity? 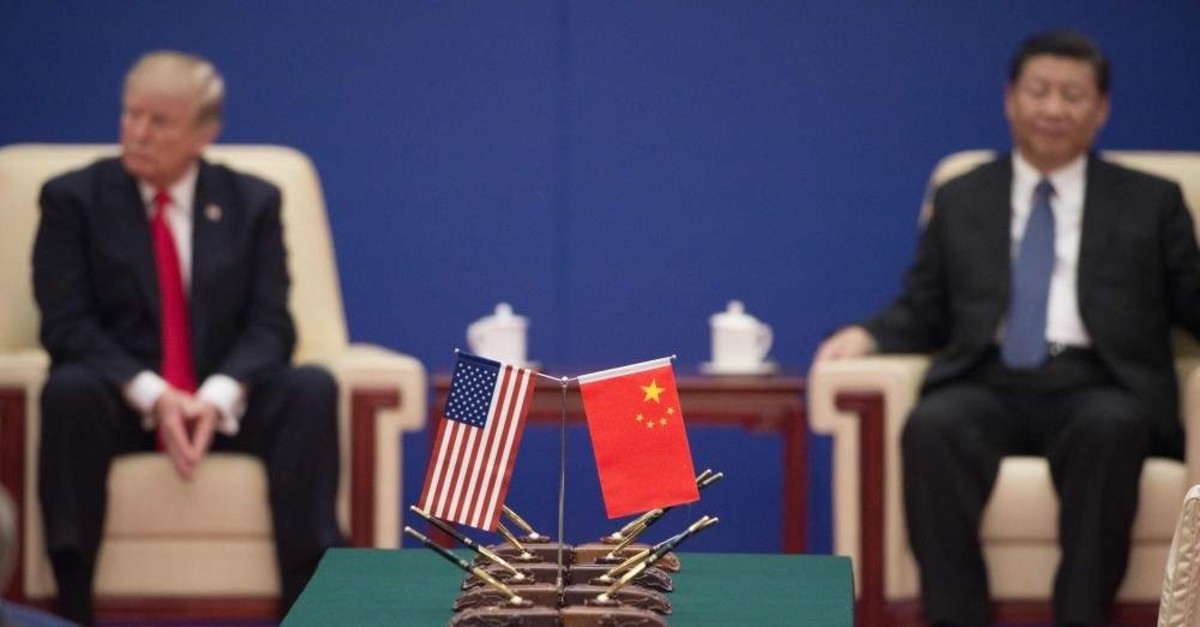 U.S. President Donald J. Trump is known as one of the most controversial leaders in the world, and Xi Jinping has been recognized as one of the three most important leaders of China. However, despite their political differences, it seems both Trump and Xi will face similar changes due to their domestic and international policies. Both leaders have allies and rivals in their own nation; one nation is a democracy, while the other is a communist regime. However, both leaders are likely to meet similar ends in the future, through an election loss for Trump or widespread protests leading to changes in China for Xi.

In addition to Andrew Johnson and Bill Clinton, Trump has the dubious honor of being the third president in the history of the United States to be impeached by the House of Representatives. On Dec. 18, the House voted to approve two articles of impeachment against President Trump on obstruction of Congress and abuse of power. The next step will be a Senate trial where the Republicans have the majority.

Trump's unprofessional-style approach to regional and global affairs as well as the way he announces his policies on Twitter have made even close allies wary of him. Even some of his allies in and outside of Washington, D.C. have shown concern over his behavior, while others have declared it as shocking, confusing and angering. It should be said that this is a very odd and unusual way of approaching and interacting with both allies and rivals as a president. With Trump set to be making a run for his final term as president in 2020, the Democrats and his Republican rivals have already shown their displeasure.

Allies and rivals, both domestic and foreign, see Trump as taking very unclear and uncommon stances as a leader. Wariness toward Trump from traditional American allies, ranging from governments in Europe to Asia, has created uncertainty over whether it is still rational to rely on the U.S. economically, politically and strategically.

The alternatives at hand

German Chancellor Angela Merkel and French President Emmanuel Macron's visits to China to discuss deals on several fields, particularly on economic and trade relations, indicate that there is a growing alternative to the U.S. for the European Union. Both Macron and Xi agreed to increase trade volume between their two countries to $100 billion.

Germany and France are the strongest nations in the EU, and it is Trump's ambiguous policies that are bringing them closer to China. It almost seems as if there is no current dominant power and a distinct lack of leadership in the Western hemisphere. This lack of leadership has led to many states looking out for their own welfare.

For example, there are politicians in Italy who have made indications that they wish to leave the union. On the other hand, the Germans and French are in a race to hold the most influence in Europe.

The above-mentioned reasons have given Jinping an upper hand over President Trump, and Trump has demanded an increase in military spending from European allies in the face of the thunderous Asian dragon. The thinking is that this would reduce the burden on American shoulders so that they could focus solely on Asia. It should be noted that Trump asks American allies in Asia, namely Japan and South Korea, to increase their military spending as well.

In addition to Trump demanding Tokyo pay the cost of stationing over 50,000 American soldiers in Japan, the latter is also in a trade dispute with the U.S. Japan does not want the U.S. to impose tariffs on its auto sector; however, the Trump administration still follows a "wait and see" approach. It can be inferred that Trump's "Make America Great Again" policies have turned the U.S. into an isolationist nation; this turnabout by the U.S. has seen considerable backlash, heavy criticism and counter-policies from allies. Trump's policies, such as taking the U.S. out of the Paris Agreement and threatening to withdraw from NATO, have made him unpopular globally. On the other hand, Xi is on the rise at a global level.

Xi is the third Chinese leader, after Mao Zedong and Deng Xiaoping, whose ideological thoughts have found a place in the Communist Party's constitution. His thoughts are seen as a guide for military, politics, security and governance, among other realms. This is called socialism with Chinese characteristics for the new era. In the last decade, many nations have seen China's success in several fields as a template for their own future success in those very same fields.

However, currently, the world is watching the protests in Hong Kong, which have been ongoing for over six weeks. The protests have caused what could be nearly irreparable economic, social and political damage. The fact that the protests in Hong Kong have been making headlines on the front pages of the global media is seen as a dire challenge to the Chinese leadership in the face of becoming a 21st-century global power. In the end, the big story would be the fate of Hong Kong and the protestors after Xi comes to a decision on the action that needs to be taken.

Following the leadership Mao, the founder of China, and of Deng, Xi is seen to be just as strong, charismatic and beloved as the previous leaders. The year Xi was granted permanent leadership of the country was the most important year for China. This was due to the abolishment of the two-term limit for the communist regime's Presidency, a role that makes vital decisions on the future of the country. Hence, Hong Kong, a former British-ruled territory, may be decisive in increasing Xi's popularity or it could crash it inside and outside China.

There is a saying that goes like this: "A real Captain proves himself on a stormy sea." Whatever Xi decides in regard to Hong Kong will be extremely significant since there could very well arise diplomatic and political battlefields due to international and national pressure. In addition, Jinping would want to make Hong Kong an example for the other autonomous regions of China. This decision may be very crucial for the survival of autonomous practices of other regions such as Tibet, Ningxia, Inner Mongolia, the Uyghur region and the Macao Special Administrative Region.

China's uneasy relations with some regions like Tibet and Hong Kong have created confusion among members in the leadership. For example, the Chinese leadership has placed another restriction on the Tibetan annual festival known as Ganden Ngachoe. This restriction has resulted in the festival excluding certain participants, including students and government workers. It should be noted that these restrictions seem similar to the restrictions placed on the Uyghurs. It is also significant to mention that these kinds of protests and the government's response to them may create sympathy for all oppressed people in China.

However, some Chinese officials such as the Chinese ambassador to Sweden have said that anti-Chinese policies and interference by any country will face a severe backlash. For instance, protesters in Hong Kong have shown support for the Uyghurs oppressed by Chinese rule by waving a flag showing a white crescent moon on a blue background; a flag that represents East Turkestan.

During Xi's anti-corruption campaigning, many officials, including senior party and military officials, have faced harsh punishments. According to reports, around 3 million party officials were investigated while another 1.5 million lost their jobs. In 2018, Sun Zhengcai was sentenced to life for corruption and was found guilty of taking over $20 million in bribes. There has been criticism leveled over Xi's policies on the economy and foreign policy. For instance, Deng Pufang, the son of the prominent leader Deng Xiaoping, had been urging Xi to focus on domestic issues instead of foreign policy.

Under Xi, China has tried to take on more responsibilities in global affairs, such as joining and supporting climate groups and taking on peacekeeping missions in Africa. In the current atmosphere, it seems there are no challengers to Xi and he has guarantied his leadership for life. There are some groups who see Xi as the head of an autocratic dictatorship, while the Chinese leadership sees this system as the only way to protect China.