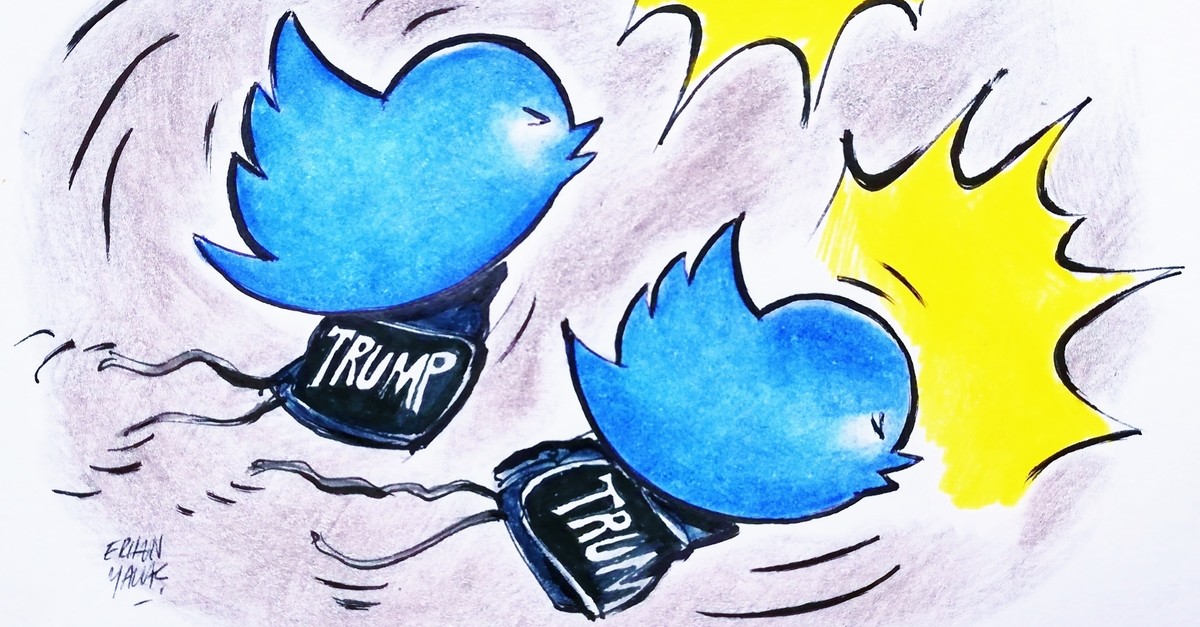 U.S. President Donald Trump's phone call to Ukrainian President Volodymyr Zelensky paved the way for his alleged impeachment. Trump's "negotiation" with a sovereign state of the Ukrainian president was an unprecedented situation both in the American political history and international state of affairs.

Trump's demand from Zelensky was based on a conditional deal. In order for Ukraine to get military aid from the Trump administration, Ukraine should investigate Hunter Biden, the son of former Vice President Joe Biden, a leading candidate for the Democratic nomination for president. Trump demonstrated that he did not care about Ukrainian citizens but did illustrate his ambition to win the next presidential election on Nov. 3.

Trump's pressure on Ukraine was a big threat to both American democracy and international law, in general. In this context, Senate Minority Leader Chuck Schumer of New York, said that Trump is accused of coercing a foreign leader (referring to the Zelensky) into interfering in the U.S. elections to benefit himself, and then doing everything in his power to cover up. If it had been proved, Trump's actions would have been nothing but a crime against democracy itself.

Well, how do the foreign leaders interact with the Trump administration? The big picture is that Trump's impeachment trial inevitably reverberates beyond U.S. borders. Trump's scandalous phone call with the Ukrainian president has put foreign governments' leaders in a precarious position because of his disruptive and unethical behavior.

The U.S. allies have raised questions about the direction of American foreign policy and the stability of international relations. Since the beginning of Trump's presidency in 2016, both the American public and the world have seen big changes in international norms. One of them is Trump's impeachment case and this has already become a milestone in world affairs against the U.S. It has left the U.S. in a difficult position in terms of international relations. It's also obvious that the Trump administration is responsible for distorting the image of Ukraine in regards to democracy, sovereignty and territorial integrity.

The political chaos between Republicans and Democrats about Trump's impeachment trial has revealed a common concern that domestic politics and foreign policy have collided. American domestic political pressures intrude on foreign policy. The tumultuous struggle between Democrats and Republicans affect the national interest of the U.S. as well as its allies in the world.

Impeachment is not new in American political history, as there were already Richard Nixon (the Watergate scandal) and Bill Clinton (the Monica Lewinsky scandal) in the past. Although both Nixon and Clinton went through their impeachment scandals differently, they were able to draw a line between domestic politics and international politics during their term (even if the American foreign politics were affected more or less eventually).

Trump was acquitted, but the impeachment trial showed his abuse of power. In other words, Trump failed to separate his own political interest and the U.S. national interest. And, its negative effects were mostly felt in U.S. foreign policy.

Since he was elected in 2016, Trump has faced many criticisms both domestically and internationally about his presidential administration. That is why, Trump has taken desperate measures to win the upcoming election competition in November. Therefore, from time to time, in order to suit his domestic political needs, Trump has made forays into foreign policy. His actions about Zelensky were wrong and inappropriate for both American foreign policy and international norms. It is, therefore, safe to conclude that Trump's impeachment trial reverberates beyond U.S. borders.

* Yüksel holds a Ph.D. in political science and public management from Erciyes University