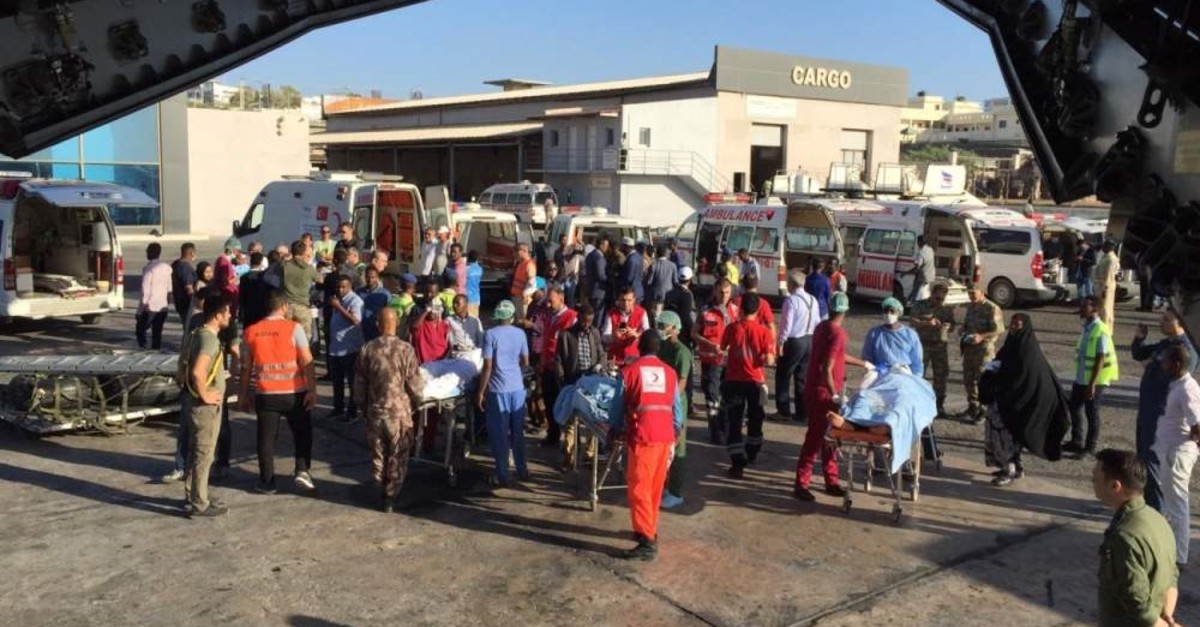 Turkish medical staff in the Somalian capital Mogadishu gather victims of a brutal terrorist attack that claimed nearly 80 people and wounded many others to transport them to Turkey for treatment, Dec. 28, 2019. (AA Photo)
by Nazlı Ece Bulgur Feb 13, 2020 2:01 am

I will start by condemning last month's bloody Mogadishu attack that killed many Somalian and two Turkish citizens. I wish God's mercy upon those who lost their lives in these heinous attacks, wish patience and fortitude to their families and hope for a speedy recovery to the injured. I hope this is the last atrocity in the chaos-hit country.

Terrorism is a global problem; urgent measures are required to fight against it. Since 9/11, hardly a day has gone by without the war on terrorism making headlines. Away from the spotlight, the African continent, especially Somalia, has also been waging a quiet, dirty war.

Somalia and its neighbor region have been terrorized for years. The recent bombing in the Somalian capital was not new for the residents. Somalia's public has witnessed such aggression time and again, but this one was different from other terror attacks. Considering its location and time, the attack was seemingly planned to claim more lives than it did.

Somalia has been haunted by such disasters in the past. In 2015, nearly 500 people lost their lives to deadly attacks. The al-Shabaab terrorist group is one of the root causes of this terror wave. The main goal of such terrorist groups is to cause mass carnage in the country and spread fear as much as possible. By doing so, these terror groups are emanating new terror waves.

Seeing the unfortunate state of this African country, Turkey, since 2011, has been taking concrete actions to heal its wounds by accelerating bilateral dialogue. The bilateral dialogue was one of the most preferred steps by Turkey to find solutions and prevent further attacks in the area. In an aim to strengthen the country's security, President Recep Tayyip Erdoğan boosted bilateral cooperation particularly for the sake of Somalia's military power. In order to deter terror groups, robust military bases were required to deter the terror groups.

For example, Turkey established a military base – the biggest one in the country – that trains Somalian security forces as well. This step was also vital for security of the continent not just for Somalia. Because trained Somalian forces meant that they had all the accouterments necessary to secure other African countries as well to counter any possible threat of attack from terrorist groups.

From the economy to trade, many agreements were made to improve both allies' partnership. However, Turkey-Somalia friendship has disturbed some interventionist global circles in the country and in the whole of the African continent as well, because they realized that someone else was taking the cake.

In addition to that, they have recognized that whenever Turkey steps in to help another country, it carries out a lot of work in the region that lays a path for the Somalians to stop meddlesome actions by other countries. In particular, France – a country seeking to exploit Africa – was directly disturbed. Turkey, contrary to the French exploitative strategy, only seeks to boost welfare and peace in Somalia.

Despite being pressurized by many, Turkey's power and influence in the region continues to grow. However, if we look at Ankara's stance, Turkey is determined to continue taking constructive steps for Somalia and Turkey. It will keep boosting Somalia's resources to protect the country's citizens. The ongoing terror attacks in the African country also aim to prevent any productive improvements that will pave the way for regional prosperity and security. It can, therefore, be said that the war in Somalia is between those with positive and negative agendas.

Turkey is a part of the positive front, as its sole aim is to help and protect residents of the region. Turkey's intentions are much more positive compared with any colonialist countries that has negative agendas in mind.

The near future, however, is likely to witness similar clashes. In any circumstance, Turkey reiterates its Somalia policy and underlines that it will further fruitful cooperation and stand in solidarity with Somalia against any acts of terror and more. In other words, Turkey has to be ready for possible counter-moves against its Somalia road map, as global circles are also determined not to step back from their self-seeking regional agendas.