Franco-Algerian ties: A conflict of memory or love-hate relationship? 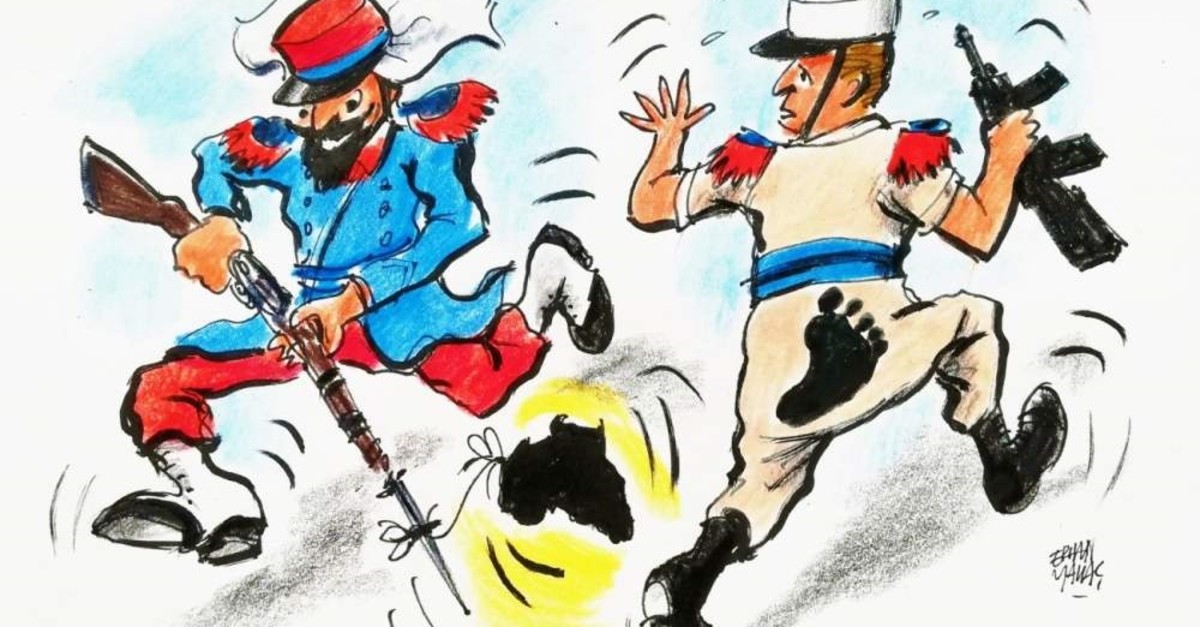 In a speech in Algiers in February 2017, then-French presidential candidate Emmanuel Macron described the French Republic's atrocities in Algeria as "crimes against humanity." It was this very moment that immediately sparked outrage among the far-right, nationalist political leaders, their voters and the would-be colonialist elite.

Before Macron, in December 2012, former French President François Hollande, during his official visit to Algiers, declared that his country's occupation was "unjust and brutal," but didn't mention an apology, or eventual repentance, in order to turn another page of the French colonial legacy.

Amid this love-hate relationship between the two nations, headlines still crop up relating to the boring, tennis-like exchanges between leaders in Algiers and Paris. As far as statements in Algiers go, these are marred by the insistence that France must manifest its will and apologize for crimes committed over the course of its 132 years of harsh colonization, whereas France's reticence to do so stays lodged according to domestic political imperatives.

Admission on the reality

Yet, last year, President Macron admitted that France had a systemic chain of command that initiated torture over the seven years of Algeria's bloody War of Independence, which led to the country's liberation in 1962. Sixty-three years later and this admission finally marks the French Republic's acknowledgment that its military, paratroopers and special forces used torture in Algeria.

Macron made the admission in a symbolic visit to the home of Maurice Audin's widow, whose husband was an assistant mathematics professor at Algiers University, a communist, anti-colonialist and pro-independence activist.

Dr. Audin was 25 years old when he was arrested at his home by paratroopers belonging to Chief General Massu, a vehement right-wing, vocal colonialist for l'Algérie-française. Dr. Audin was accused of harboring wanted members of the Communist party and the National Liberation Front (FLN) leaders in Algiers. He died after being severely tortured in detention.

Macron's declaration, which recognizes that this was the result of a policy of repression and torture by the French government, marks a sea change. French Ambassador Xavier Driencourt in Algiers told the online paper TSA that: "The president has condemned the use of torture during the Algerian War of Independence, it's a considerable gesture to acknowledge the responsibility of the government of that time."

Let's leave the emotional factor to one side and face reality. Three-fourths of the population in Algeria was born after 1962 and don't know who Professor Maurice Audin was, besides the Algiers University square that bears his name, because of the selective history curriculum that is taught in the country is dictated by the Algerian regime.

Hence relations between France and Algeria have gotten tense, which is leading to troubled waters under Macron's bridge with Algiers, following the election of President Abdelmadjid Tebboune.

"I have come to know that Tebboune won the Algerian presidential election in the first round, and I hope authorities can engage in a real dialogue with the protesting population," he told the press.

It's an unusual comment from a French president towards an Algerian counterpart, since, traditionally, France is the first country on the planet to congratulate any newly "elected" Algerian president, even before the official announcement of their election.

Algeria's Tebboune, however, did not waste time in responding to the French president's statement. When asked by reporters in Algiers about Macron's comment on his election, he said: "I have no comment. He [Macron] is free to market the goods he wants in his country; I only recognize the Algerian people."

"We have a completely new situation in Algeria, which will undoubtedly initiate significant developments in the country," declared French Foreign Minister Jean Yves Le Drian in reference to Tebboune's recent election. "New perspectives are opening up in the relations between France and Algeria. If our shared memory can be part of this new whole, it would be very good news for everyone," he said.

So what went wrong? The Algerian Hirak protest movement has ultimately changed the dynamic and trajectory of relations between Paris and Algiers.

This change has brought an end to the "velvet" relations between Paris and Algiers thanks to a purge operation headed by the military against the former president's oligarch friends with close ties with the French president. These include Issad Rabrab, the Algerian billionaire and CEO of the Cevital group, who was released from al-Harrach jail last month, after being detained for six months. He was among tMacron's campaign donors, a similar relation he shared with Ali Haddad, former boss chief of the "Bosses" who is now jailed.

Algeria's new ambassador to France, Salah Lebdioui, presented his accreditation to the French president as the new ambassador and plenipotentiary of the People's Democratic Republic of Algeria to the French Republic. A "strategic" position, the appointing process started in September 2019; Salah Lebdioui succeeded Abdelkader Mesdoua, who headed this strategic post for more than two years.

It is important to state that certain analysts in France believe that Algeria's new president is hostile to French interests. They base their analysis on evidence that three years ago President Tebboune, when prime minister, implemented tough measures on French agricultural products.

He dared to ban the import of French apples having acted on suspicions that the costs had been inflated, investigating their price at the source compared to what was being marketed in Algeria. This caused a stir among farmers in France and a tightening of ranks from the usual suspect among the oligarchs of the former government in Algeria. The bold measures ultimately cost him his job. He was fired after 89 days in office as premier (the shortest term of premier in Algeria since 1979).

On the other hand, Algerians see their French counterparts as behind the provocations coming from Paris. Last October, the Algerian authorities arrested French MP Mathilde Panot in Béjaïa, eastern Algeria, who, with her deputy Mourad Tagzout, was "meeting" the actors of the Hirak popular movement in this sensitive ethnic area of the country. MP Panot is vice president of the parliamentarian group of the left-wing party La France Insoumise.

An amateurish motion from the European MP Raphael Glucksmann at the EU Parliament suggested calling for a discussion of the current Algerian political situation, providing a further irritant. MP Glucksmann headed the Socialist Party list in last summer's European elections and is a French philosopher akin to his father André Glucksmann, also spoke 20 years ago on Algerian political turmoil and violence, calling the Algerian civilian war, "a war against civilians." The comment was read in Algeria and certain to stir up the hornet's nest.

Further, there were news reports last September that preeminent and active French Ambassador Xavier Driancourt in Algiers had requested to be relieved from his position due to difficulties in carrying out his diplomatic mission amid the rising tumult with the Algerian authorities related to his close personal ties and contacts with pro-France political party leaders, elites and oligarchs from the Bouteflika system.

Whatever Macron's new Algeria foreign policy will be with the new administration in Algiers (civilians or military alike), he should focus on the historical relations between the two countries. Algiers has more room today to diversify its foreign policy under the new determinants with new partners, like Turkey, for instance, a move that is setting Paris in panic mode. France is concerned about the recent Algiers-Ankara rapprochement, French Economy and Finance Minister Bruno Le Maire having expressed his country's concern over the Algerian-Turkish relations, especially at the economic level.

Bruno Le Maire added that if Paris gave way to competitors such as Turkey and China, France would find itself in great difficulties and problems in Algeria and Morocco as well, recognizing the existence of economic relationships at least between the two countries that are experiencing a clinical death.

Furthermore, Algiers' foreign policy in light of the tri-polar system of Washington, Moscow and Beijing, would irritate the French president, whose foreign policy looks like his domestic policy. Those interested in a firsthand account of the Algerian resistance and memory can get it from the expressive faces of their parents and grandparents, or read factual academic works by Professors Mohammed Harbi, Benjamin Stora, Vidal-Naquet and Yves Courrière, who themselves lived through these tragic events.