A game of hens 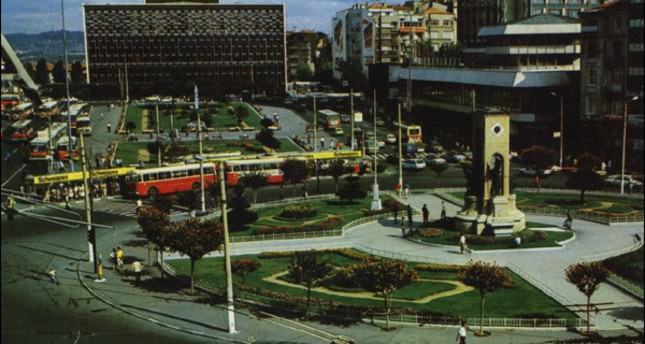 by Jane Louise Kandur Mar 04, 2014 12:00 am
Turkish is a deep and beautiful language, with a wealth of nuance. Being a bit of a word geek, I love looking at words and trying to figure out their roots and history before turning to my etymological dictionary (I did say I was a word geek). One of my favorites is "vasistas." The dictionary definition is "transom window." But say it out loud, slowly. When we remember that "t" and "d" are interchangeable in Turkish, suddenly we have a fascinating story. "Vas" is "das," or rather, "was ist das?"

My imagination takes me to a double-glazing salesman in the late 1970s, early 1980s, trying to peddle his German wares. He comes across a transom window, and naturally the name for this little, rarely referred to aperture escapes his grasp. "Was ist das?" he mutters. His Turkish cohort painstakingly notes that this little window is a "vasistas." Well, at least that's my version.

In last week's New York Times Elif Shafak wrote in "A Tempest of Fear" that there is no word for turbulence in Turkish. Well, this is not exactly true. Turbulence, when referring to a social situation, actually means tumult or disorder. Turkish does have a word with the same meaning and it is my absolute favorite Turkish word. What is this word? "Hengame" (pronounced hengah- meh). When I first saw this word, my mind raced: a hen game? Football? Perhaps volleyball? Or some unknown panicridden, frenzied, feathered athletic contest? It is one of those rare words that reflects for us foreigners exactly what it means. What could be more turbulent than a game played by hens?

When reading articles about Turkey in the Western media, I hardly recognize the country they describe. It seems that these articles do not take into account how those who vote for the AK Party -close to 50 percent of the population- actually feel.

It is difficult for a newcomer or outsider to understand what life was like in the late 1980s, early 1990s, particularly in Anatolia: the poverty, lack of hope, difficult conditions of everyday life. Indeed, it is hard for Turks under the age of 20 to understand this. Things have changed so drastically that it is hard to even picture the Turkey that existed before.

We are talking about a Turkey in which the inflation rate was more than 30 percent. Money was saved in dollars or marks, not lira; the currency was worthless. The interest rate for small business credit was 47 percent. International Monetary Fund (IMF) debt was $23.5 billion.

Healthcare was a nightmare. There were long queues and angry doctors, nurses and patients. People faced huge expenses and difficulties in getting prescriptions. If a patient could not pay their hospital bill, they would be kept "hostage" until the bill was paid.
School text books, if they could be found, had to be purchased. Compulsory education was until the age of 11 years, and later rose to 13 years.

The percentage of women in the workforce was 20.8 percent in 2004. Women wearing headscarves -65 percent of women in Turkey- were not allowed to pursue further education or work in government offices. Today, inflation is less than 7.5 percent. The interest rate for small businesses is close to 5 percent. Turkey has now paid off its debt to the IMF, and is even in a position to make a loan, if necessary.

Healthcare is free, as are many medications. Not only is there no need to keep patients hostage, it is now illegal for any healthcare institution to do so. As for education, the system has been reformed to ensure all children, boys and girls, remain in school full time until the age of 18. Textbooks are free and in rural areas mothers are given stipends for every child attending school, with a larger amount given for girl children.

With the introduction of regulations encouraging the creation of crèches at the work place and affirmative action for women, the participation of women in the labor force has risen to more than 26 percent. In addition, the ban on headscarves in public employment has been lifted.

What actually led to this "tempest of fear" occurred during the Gezi Park protests, away from the tear gas in quiet residential areas where women were once again being targeted and verbally or even physically harassed for wearing headscarves. We honestly thought that kind of polarization had dwindled. Gezi suddenly brought it all to the fore once again. This is what has led to the tempest of fear, to the "hengame," not a fear of the government or a fear of Erdogan becoming increasingly dictatorial.

Rather it is a fear that all the progress Turkey has achieved will be lost. The recently won rights and freedoms and newly built equality are too fragile. The polarization in Turkey is confusing to those who aren't part of it. But to those who are, it is very clear. This is a battle between two forces -one that wants to move forward and grant even greater freedoms to the people, and one that wants to turn back the clock and regain their lost privileges.

The elections will make it clear: Will Turkey move forward or backwards? If the AK party comes out victorious -and most polls indicate such an outcome- then it is time for those who want to follow a different political path, who have different platforms to come together and create a mature opposition party that presents a political, not personal, opposition. This is what Turkey really needs.

As for this game of hens, it will once again recede to be a thing of the past. What the world really needs right now is stability and peace in this region. And at the moment, the only place where this is on offer is in Turkey. Please refrain from trying to analyze from afar what is going on here. Put down the telescope, come sit down and have a cup of tea. I'll open the "vasisdas" and we can watch as the hens come home to roost. Things will become clear, and the AK Party will emerge triumphant as the Turkish people cheer from the sidelines.