Elections in Iraq and uncertainty 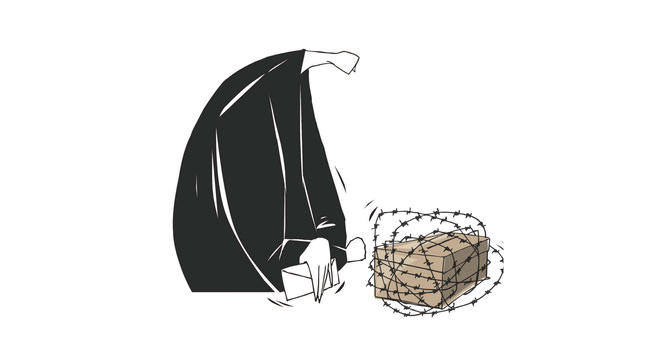 by Bilgay Duman
Apr 16, 2014 12:00 am
The ban on campaigning before the April 30 national elections in Iraq was lifted on April 1 and the campaign season started. However, the ongoing security problems and political instability prevents political parties from properly executing their campaigns.

Moreover, the fact that candidates' lists were not published before political parties and groups started campaigning cast a shadow over the legitimacy of the elections. According to Iraqi election laws, constituents may vote for whichever candidate they want on the party lists. In other words, personal campaigning is crucial. When a party or a group gets enough votes to win a seat or seats in parliament, irrespective of the placement on the list, the candidates who attracted the most votes may become deputies. That is why the failure to release the candidates' list before the ban was lifted created doubts. The lists were submitted by parties and groups to Iraq's Independent High Electoral Commission (IHEC) in early February. However, the IHEC is yet to decide the eligibility of candidates who are on trial. The candidacies of former Finance Minister Rafi Isavi, Heydar Molla, Salim al-Jubouri and Jawad Shuheydi were annulled for being charged for various crimes or having outstanding arrest warrants issued.

This created political chaos and significant pressure is being exerted on the IHEC.

The Iraqi Parliament on March 19 increased pressure on the IHEC by changing the election law to obligate the IHEC not to annul the candidacy of anyone who was not found guilty in a court of law. As a result of this law, the political pressure on the IHEC to reinstate the candidacies of those who lost the right increased. The IHEC's response was to announce that there was political pressure exerted on it and that the new law contradicted the regulations of the body. The IHEC's members also submitted their resignations. IHEC President Sarbast Mustafa Rashid discussed the matter with Usama al-Nujayfi, the Iraqi parliament speaker, and received assurances IHEC members would receive immunity from prosecution. And as a result, IHEC members withdrew their resignations. However, the parliament is yet to discuss the matter.

Meanwhile, parties and groups are still amending their candidates' lists. They are trying to restore candidacies of people who were rejected by the IHEC but do not have court decisions against them.

This creates political tension, while the failure to agree on the new budget is at the top of the agenda.

The first assessment of the budget was made but the parliament has yet to find the necessary numbers to meet for a second time. A three-person committee consisting of the State of Law Coalition president and the Parliament Finance Committee chairman Haidar al-Abadi, Kurdistan Alliance Group Chairman Fouad Masoom and al-Iraqiya Group President Adnan al-Janabi, met with relevant parties and groups but failing to reach a consensus, dissolved itself.

During the parliamentary session on April 6, proceedings were suspended until a deal is reached on the budget. It appears the failure to reach a deal on the budget before the elections will become part of the post-election negotiations. All the parties and groups are trying to exploit the budget crisis to their advantage.

Al-Nujayfi, who is trying to become the leader of the Sunnis, withdrew his deputies from parliament in protest against the government attacks on the demonstrators in Anbar. Kurds, meanwhile, are boycotting the parliament in protest against the budget articles that curtail the Kurdish Regional Government (KRG) exports of gas and oil. Moreover, there is a serious political crisis between the KRG and the central government in Baghdad. There is a significant difference in opinion between the two sides about how much money should be allocated to the KRG from the central budget and who is responsible for the energy exports made by the KRG. Also, the KRG's efforts to increase its influence in areas outside its direct control are creating a risk of conflict with Baghdad.

The instability in the country, coupled with these political problems, is hurting the elections.

The al-Qaeda-linked Islamic State of Iraq and the Levant (ISIL) is escalating its attacks. Chaos created by ISIL in Mosul, Salahaddin, Diyala, Anbar and Baghdad is deepening. ISIL is said to be totally in control of some areas. There are news reports that claim that ISIL is dominant outside Abu Ghraib, which is a key intersection between Anbar and Baghdad.

When one considers that ISIL was recently picking targets such as military transfer points and bridges, it would not be wrong to say that the group's strategy is aimed to harm the elections. The government needs to focus on security, ignoring the elections for now.

At this point, there are three main problems for political parties.

Politically, the resignations of and subsequent backtracking by IHEC members just before the lifting of the campaign ban harmed the election process. These events even caused some to consider a postponement and created consternation among politicians. On the other hand, violence and the number of casualties are increasing, especially attacks against candidates. It is highly likely that attacks targeting candidates will increase dramatically after the candidates' lists are released, and this will also affect campaigning by political parties.

Moreover, the General Military Council for Iraqi Revolutionaries, formed by Sunni tribes fighting the Iraqi military during the Anbar operation, is said to be fighting the army once again in the south of the capital. These clashes further complicate security concerns. Military versus ISIL, military versus tribes and tribes versus ISIL affects the country's security in many ways. There are also sectarian tensions.

A few weeks ago, 33 Sunnis were killed by armed civilians in Diyala.

Some claimed those responsible were from a group that split from Shiite leader Muqtada al-Sadr's Mahdi army. The massacre increased sectarian tensions throughout the country. If it escalates further, a postelection deepening of tensions along sectarian lines is possible.
The public is also cool toward politics and political participation.

The public has very low expectations about what politicians can do to end violence and instability. This could be seen as a factor that will motivate political parties and leaders during their campaigning. On the other hand, this could also be seen as an impediment to free and fair elections. Elections, without significant voter participation or competition between parties in a country where political differences frequently devolve into open armed confrontation should not give us too much confidence about what the next government can do, which will probably be little more than trying to deal with current problems without any opportunity create progress in the country.