India in the Eurasian cauldron 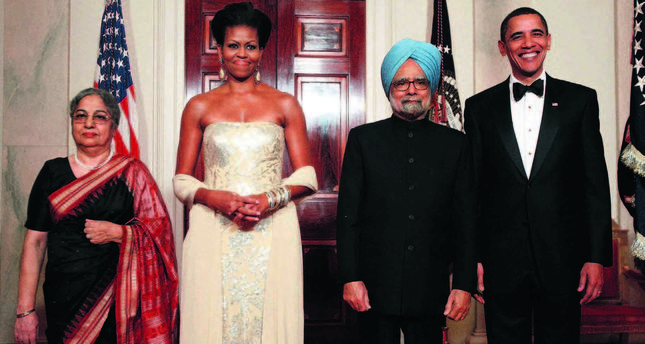 America's biggest advantage over India is its promising economic and technological relationship, especially in the fields of nanotechnology, software, defense and space technology

The most fundamental precondition for global peace and stability in the 21st century is that the U.S., the EU, China, Japan, Russia and India should have enough power to balance each other individually or in alliances. Henry Kissinger said, "China and the U.S. should avoid creating a new Cold War environment." The struggle of powers in the Asia-Pacific will be decisive in determining the future global position of the U.S. and China and where the center of conflict in the 21st century will take place. Washington, anxiously watching while the gravity of power tilts from the West towards the East, is also struggling to become the power that gives direction to this historical transformation.

This process creates a deep suspicion about the future of the formation of traditional alliances. The same situation forces a revision in the balance of great powers.

Japan is trying to secure its future, as it finds itself under greater pressure everyday as China grows. Meanwhile, the U.S. worries about a possible conflict between China and Japan.

President Barack Obama recently said, "The U.S. will continue to focus on the Asia-Pacific region." More importantly, in 2012, Defense Secretary Leon Panetta announced, "The US Navy will deploy 60 percent of its fleet in the Asia-Pacific region by 2020." He added, "This will include six aircraft carriers in this region and a majority of our cruisers, destroyers, combat ships and submarines." Since the 1950s, all countries having problems with China in the Asia-Pacific have sought U.S. protection.

Today, the U.S., Japan, South Korea, Australia and the Philippines have allied themselves against the block of China-North Korea-Myanmar. In this equation, the future position of India and Malaysia will be very important. The Malacca Strait is very important for energy imports and the trade of China, Japan and South Korea and is an unrivalled gateway for oil supplies.

Malaysia is the largest trade partner of China in the Association of Southeast Asian Nations (ASEAN), and China makes vast investments there. Control of the region from the Persian Gulf to the Malacca Strait is vital for the U.S., too. China has been working diligently to integrate economically these American allies in the region and to neutralize them in the long run, which the U.S. can do nothing about.

Since Sept. 11, 2001, the U.S. has launched a global war. Meanwhile, China has drastically increased its trade volume with the world by 630 percent, and with Africa by 1090 percent in a decade or so. The U.S. has fought in wars, while China has been all business.

Amongst all of the complex balances in Eurasia, India will probably be the most important actor to determine the future of alliances in the entire region. Both Russia and the U.S. have strong relations with India. Currently, Russia is building five nuclear power plants in India.

But, in the long run, the balance of struggle between the U.S. and China will be determined as Russia and India choose sides. Although China and India still have not built trust in their relations, India follows a successful policy of non-aggression as China does. On the other hand, India takes every opportunity to express its discontent with China's crucial relations with Pakistan. In some ways, the U.S. has chosen Afghanistan as the center of Eurasia.

Yet, in the Afghanistan-Pakistan-India triangle, the U.S. probably might be forced to take a side when a volatile situation emerges between Pakistan and India, which may cause headaches for everyone, especially for Turkey's old friend Pakistan.

So far, it seems that the U.S. has lost Pakistan.

This situation even could become more complex when we consider Chinese-Pakistani relations. At this point, the U.S. needs to cultivate its relations with Iran for the sake of balance. A probable American-Persian collaboration may affect or even reset deeply American-Russian-Chinese and Indian relations. Since the war between India and Pakistan in 1971(during which the U.S. supported Pakistan) India has tried in many ways to deliver a blow to U.S.-Pakistan relations and did not refrain from using its rapprochement with Moscow as a diplomatic tool against Washington.

India is the largest naval power in the region, extending from the Persian Gulf to the Malacca Strait. With its "String of Pearls Strategy," China aims to curb American control of the world's oil trade/energy transfer routes in the region by building strategic ports along a wide area from the Persian Gulf to the South China Sea, which seems likely to become one of the central points of global conflict in the 21st century. On this vital point, for Chinese and American strategies, India plays an irreplaceable role as a naval power. Most likely, America will rely upon India's naval forces. China's "String of Pearls Strategy" will try to balance and counterattack not only American control of the oil and trade routes but also try to surround India's checking position in the Indian Ocean.

China's investment in Pakistan's strategic Gwadar Port has exceeded $1 billion, which has annoyed both India and the United States. Although China has been unflinchingly transferring vast amounts of investments to its naval forces since the Deng Xiaoping era, it is still very far from being a challenge to the U.S. as a sea power, which Russia never will be.

Yet, if the United States wants to keep its patronage position on the world sea lines, it has to protect to some extent India's interest in the region; it especially should encourage the development of India's naval power although certainly not its nuclear power, America's 2011 nuclear deal with India geopolitically was not a wise decision. But this strategy has to have its own limits. In the long run, a very assertive and strong U.S.-India Alliance that excludes Russia might precipitate some external benefits for Russia against the U.S. and China. In the future, if the U.S. chooses not to cooperate but rather to skirmish with China in the Pacific, it has to determine Russia's position before it can go to the next level of alliance with India. If American power continues to decline and Chinese power continues to rise, American control of the straits of Hormuz and Malacca, the two most strategic spots in the flow of oil for the world economy, might loosen. If that happens, then to keep its interest and to contain Chinese power, the U.S. will have to directly depend on India's naval power. There is no other capable great power that can be a candidate for this play. This will be the most important factor in determining the future and limits of Indian-American relations.

Although, it seems a very dim possibility, the scariest scenario for the U.S. would be that China might first neutralize Russia and India and then enter into a serious alliance with them against the U.S. in Eurasia.

A probable alliance among China, Russia and India against the U.S. would create a greater power than the U.S. has in Eurasia, and this would be the biggest shattering blow for the U.S. and its traditional global strategy since 1942. This scenario most likely won't happen. Furthermore, despite Putin's aggressive attitude, the reverse option seems more attractive for both the U.S. and Russia in the long run, if Russia can keep itself from disintegration.
If the western world checkmates Putin and his team, this could also be a promising future for the Russians. Then the U.S. might try to pull Russia and India to its own side to isolate China; for such an alliance, India seems more eager than Russia. Despite its wise and balanced policy towards the U.S., China and Russia, in any case India seems more inclined to side with the U.S.

On the other hand, neither Russia nor India trusts China, despite its patience and tolerance towards them. Russia and the U.S. seem to have left Central Asia to the Chinese economic invasion in which there is not much for the Russians and the Americans to do. After Central Asia, making another concession in Siberia is one of Putin's biggest nightmares. Step by step, day-by-day, Chinese immigrants have been conquering Siberia where there are very rich mines and other natural sources crucial to the Kremlin. In the massive land of Siberia, 15 million-20 million Russians live next to 1.3 billion Chinese, and every single year 600,000-700,000 Chinese workers flow into Siberia, where the number of Chinese immigrants will certainly exceed that of indigenous Russians within one or two decades. China, which is hungry for energy and raw materials, is looking very passionately towards Siberia. As he has done with the Europeans, Putin will try to make China depend on Russian oil and natural gas to neutralize possible Chinese aggression in the future. But China tries its best to keep away from this trap.

China, which is currently the world's second largest oil importer and will surpass the U.S. by 2020 to become the largest, only imports 7-8 percent of its oil consumption from Russia. So, China also does not trust Putin's Russia as they (Russia and India) do not trust China.
In the end, what the U.S. can provide to India can't be given by either Russia or China to India. In the case of India, America's biggest advantage in this chess game is its promising economic and technological relations with India, especially in nanotechnology, software, the defense industry and space and missile technologies.

There is no alternative to the U.S. for India.

By 2030-2040, the largest and most populous democracy in the world is expected to become one of the four largest economies in the world and will definitely have much more importance for the future of the world and the balance of the great powers.