Who were the losers of the local election? 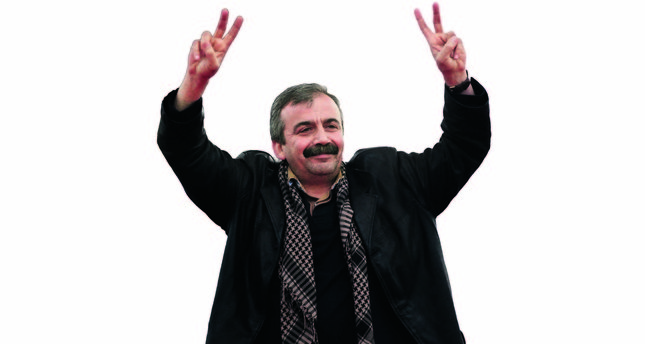 Gezi's fabricated perception was a huge illusion created by academics with political anxieties, the mainstream media and Istanbul's business elite. This illusion does not match the truth

During his speech in which he evaluated the election results, it was seen that he was trying to maintain his undermined confidence. There was no sign of his previous cheerful and witty stance. He was in a state of serenity that was peculiar the people he disappointed.

There was hesitation in his speech. It was so clear that he could not help thinking about the election results. Obviously, he did not dream of holding the mayoral position at the Istanbul Metropolitan Municipality, however, he did not expect to be so thrashed either. What he expected was perhaps something better, or at least a more successful election result.

I am talking about none other than Sırrı Süreyya Önder, who participated in politics through the Peace and Democracy Party (BDP). He then became one of the most popular figures of Turkish politics and was nominated to be Turkey's favorite city's mayor, a position bestowed on very few politicians.

When the reconciliation process was initiated in 2012, it was a stroke of good luck for Önder, who first entered Parliament in the general elections of 2011. When Önder, who was selected as a mediator for talks initiated between the state and PKK leader Abdullah Öcalan to establish Turkish-Kurdish peace, got the privilege of visiting the imprisoned Öcalan on İmralı Island. This got him wide attention in the media. This local character that popped up from the movies was widely favored by the public in a short while. With his provincial accent and outgoing manners, he was loved by many people from different circumstances. Along with his supporters living in poor neighborhoods, he had a large number of supporters from wealthy districts and high society. He was a rare politician with diverse support.

Önder took to the stage as one of the political representatives of the protests started by youth in May and June 2013 in the heart of Istanbul.

The protests were supported by the mainstream media, celebrities and many in business. In fact, the Gezi protests are reminiscent of Occupy Wall Street in the U.S. A weeks-long rebellion led by middle class youth and because of disproportional police force attracted many from diverse backgrounds and political figures. It should be twist of fate that when the police vehicles that sparked the rebellion took a stand against the youth, they surprisingly encountered Önder. The timing was perfect. Önder's punctuality was enough to turn him into an urban hero. He succeeded in gaining the admiration of the youth, the friendship of celebrities and attention of white collars and the mainstream media, as well as support of poor Kurds. He was no longer an ordinary politician but the new phenomenon of the city. He became a rare figure getting all the attention. He was the new star of the political scene. Thus, his militancy in Gezi paved his way for the nomination of mayor of Istanbul.

Önder, running in elections as the candidate of the HDP, widely supported by Kurds, was very hopeful but received much fewer votes than he expected.

People living in Istanbul's more under-developed districts and in the district of Bağcılar, a gateway for immigrants coming from Anatolia, voted for Önder. Dwellers in the city's most popular districts supported his rival. The white collars and urban youth, upon whom he pinned his faith, gave him a cold shoulder. Those who voted for him were the voters of the Kurdish movement.

In the evening of March 30, this new political figure fell from favor.

Önder's light died like a general being downgraded after losing a war.

For sure, our purpose here is not to narrate Önder's political adventure.

It is rather the explanation of a phenomenon frequently seen in Turkey that has broad repercussions in the Western media. This was nothing more than a political hallucination.

These sections of society perceived clashes that lasted for a few weeks between the police and youth in Gezi as the birth of a new society and political movement. I am not sure whether the French Revolution was greeted with such enthusiasm. They exaggerated the event to such a big extent that some academics formed Gezi councils at universities. Some sociologists published long articles about Gezi sociology. Political scientists, showing up on TVs and newspapers for days, likened Gezi to a new island that was formed after volcanic movements in an ocean.

These broadcasts triggered by the mainstream media aimed to provoke the public against those in power but were more effective on politicians greedy for political promotion, rather than ordinary people.

However, what happened in Gezi Park was nothing more than street show of youth groups. The integration of timing with other factors only gave Gezi the image of "perfect storm." Nationalists and leftists in Turkey already were in streets with their flags for years. In fact, all the political activities of these groups are like playing cat-and-mouse with the police.

Unusually, this time the middle class youth and white collars got involved in the game. In Gezi, they expressed their dissatisfaction against the incumbent party that has been ruling the country for eleven years.

The white Turks and profound power centers previously privileged who lost their position in society over the last ten years after the transformation of the old state structure took advantage of street protests and settled accounts with the government. However, Gezi protests were marginal street protests that were far from comprehensive and did not include the whole country. Those who believed the protests were more than this were daydreamer politicians.

When election results began to get clearer on the evening of March 30, it was also understood that Gezi did not have a social and political response.

The Gezi Star, which was claimed to be found in our galaxy, did not twinkle for those who pinned their faith upon it. The disappointed was not only the HDP, which recently took part in Turkish political life and its candidate for mayor of Istanbul . The election results also frustrated main opposition Republican People's Party (CHP) and its Istanbul candidate Mustafa Sarıgül, sociologists who preached about Gezi, academics and the mainstream media. The voting rates of these parties and candidates showed there was no change in the last eleven years' political picture. The percentage of votes for the CHP's candidate was the same as that of the 2009 elections. Similarly, the HDP and its popular Istanbul candidate, who had thought that Gezi was promising, did not see a higher voting rate than 2009 either. There was not a matter of a new phenomenon between the voting rate and its characteristics of these two parties' votes.

The same electorate with the same tendencies, voted for these parties and their candidates as if supporting a soccer team. As for the ruling AK Party, which was certainly expected to receive a big blow in the elections, increased its percentage of votes by 7 percent when compared to local elections in 2007. The electoral scientists do not consider these results, which are slightly less than general elections of 2011, significant. They assert this percentage of 45 percent will reach 50 percent in the next general elections. It is not true to see Gezi as an indicator of a social change that will pave the way for radical political fluctuations. This fabricated perception was a huge illusion created by the academics with some political anxieties, of the universities constructed by the mainstream media and Istanbul's business elite. But when the election results were announced in the evening of March 30, it was clear that who were hagridden by this magic were the same small group.

The only significance of Gezi was to show us the perception cannot be matched with the truth.