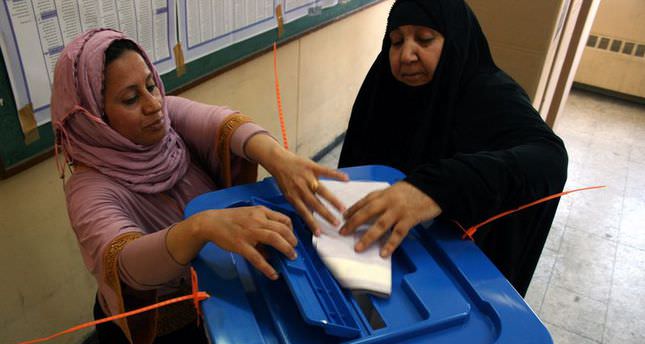 Parliamentary elections may represent a turning point in the history of Iraq and provide an opportunity for real change, while also giving the political process a chance to take a fresh breath and bring an end to protracted political fighting

The election process in general is no longer one which involves the local reality of the state itself, but rather, it clearly affects local and regional political interactions.

This is especially true for countries that are located on the axis of the current crises in the Middle East. The coming Iraqi parliamentary election is considered to be an important event, not only in Iraq, but also throughout the region.

Moreover, this election reflects the development of the nature of the political process in Iraq after the U.S. withdrawal and the extent to which Iraqi voters attitudes have changed. Election results will demonstrate whether changes can be implemented that will alter the fundamentals of the political game.

If we trace the political process in Iraq since the last Iraqi parliamentary elections (2010) and the provincial elections in 2009 and 2013, this can reveal a number of features about the basic details of the political and electoral processes in Iraq. This election in 2014 will be the third legislative elections to be held since the overthrow of Saddam Husain, in addition to the referendum on the constitution which was held in 2005.

On Dec. 15, 2005, a vote was held in the third elections after the fall of Saddam's regime, and after the election of the National Assembly, from which the transitional government was emanated. After the vote on the permanent constitution on Oct. 15, 2005, 275 Council of Representatives members were selected, and this new council formed the first government of national partnership, which remained in power for four years instead of the interim government. A number of seats have been allocated for each province based on the size of its population, while 45 seats were reserved for Iraqi minorities and women have been granted representation (25 percent).

On March 7, 2010, elections were held for the second Iraqi Council of Representatives, and these elections were held after a delay of more than two months on account of a separate delay in approving the election law, discussions about closed lists, open-lists, single constituencies and multi constituencies, and the desire of some blocs to postpone the elections. The rate of participation in the 2010 elections reached 55 percent when the Iraqi List Coalition came in first with 91 seats, followed by the State of Law Coalition with 89 seats, while the National Alliance took 69 seats, the Kurdistan Alliance won 40 seats and the Accordance Front got five.


If we compare the April 2014 elections and the Council of Representatives elections in 2010, we find some important differences, which are worth noting. Among these differences, we notice the growing number of participating coalitions and entities. While in the 2010 elections, the total number of coalitions and entities was 86 (12 coalition and 74 entity), in the 2014 elections, there are 107 political coalition and entities (35 coalition and 72 entity). The second point concerns the growing number of candidates. In the 2010 elections, about 7,000 candidates competed, while in the current elections more than 9,000 candidates will be competing. The increase in the number of candidates and lists is due to defections and disintegration among the big alliances, and this is in line with the Sainte - Lague method in calculating votes and distribution of seats which gives a greater opportunity for small and medium lists at the expense of larger lists. The situation leads the latter to make smaller alliances to ensure it will not lose its votes and to channel support to the medium lists and blocs.

Perhaps the next legislative elections in Iraq will mark a step toward economic development, the rebuilding of the social order in Iraq and the foundations of the state, the consolidation of a fair political system and guaranteeing the appearance of new values ​​that determine the meaning of belonging to a country unified in land and people. Thus, the elections are considered to be a gate of salvation from the frequent crises. It is, however, important to remember that a just modern state is built on the principle of prosperity and economic stability and realized through justice in the distribution of resources. More importantly, these values can't flourish and consolidate unless democracy becomes the prevalent social culture that transforms into valuable standards in all fields. Parliamentary elections and the parliament in Iraqi history are not something new.


Three traditional parties with their small allies have been dominating the political process and sharing the power in the parliament and government. According to the democratic system, each party sought, at that time, to achieve the dream of political majority. However, after a review of the re-formation of the political coalitions and after the changes that happened in the forms of alliances that used to dominate the current political scene, we see that the existing blocs and coalitions have split into several coalitions and they reorganized themselves in preparation for the upcoming electoral process.

As for the National Alliance, it has split into four coalitions.

The first is the State of Law Coalition which kept the current structure that includes the Dawa Party, with its two wings, and the independents and other political entities of a more tribal and secular nature. But what can be observed here is that this coalition was able to attract an important historical ally in the Supreme Council, formerly known as the Badr Organization, when it became part of the State of Law Coalition last year. Secondly, there is the Citizen Coalition which represents the weight of the Supreme Council and its affiliates, which include some movements and small entities, which were formed recently. Third, the Liberal Coalition represents the Sadrist Movement and his supporters. Lastly, the Alliance of National Reform is headed by Dr. Ibrahim Al Jaafari, who entered individually in this election, after he participated with the State of Law Coalition in the provincial elections.
The Iraqiya List is also split into three coalitions.

The Uniting for Reform includes Osama Al Najafi, Rafie Al Issawi and Jamal Al Karbouli, in addition to new political names and interfaces recently formed, which all belong to the Islamic Party. The Arab Coalition "Al Arabiya Coalition" includes Saleh Al Mutlaq and his new ally Mishan Al Jubouri, who was excluded recently from participation and other entities and movements of an Arab-nationalist nature. Lastly, the National Coalition includes Iyad Allawi, who remained with his allies within the Iraqiya list, in addition to new blocs and entities formed by deputies and ministers. Probably it will have a strong presence in the western provinces, ahead of the Arab and united coalitions.
This time, the elections will witness civic and democratic movements, while some parties may unite such as the Communist Party, Democratic Movement and People's Party in a single civic alliance in most provinces under the banner of the Civic Democratic Alliance, but the predictions and surveys indicate very modest chances for this coalition in the next elections.

The international implications of the Iraqi elections

The April 2014 elections will have a significant effect on the Iraqi political scene, since the domestic situation is faced with major challenges, especially concerning the fight against terrorism in Anbar, and the relationship between the central government in Baghdad and the local government in northern Iraq. Moreover, other issues, especially concerning the relationship between the executive power and the legislature, will have a significant impact on the nature and form of the next Iraqi government.

Politics is subject to the effects of globalization, and is no longer confined within the borders of the countries itself.

Iraqi domestic politics also extends beyond borders, because of Iraq's strategic location and importance in the region. Iraq has been one of the most exposed countries in the world to external developments. Iraq has been affected by the regional and international transformations that are taking place around it and this is one of the reasons which led to its fragmentation. Countries such as Iraq that have regional and international relevance cannot isolate themselves from the changes in their environment. But, such countries often seek to achieve a balance between affecting the events and being affected by the events, in order to keep themselves afloat. This general observation can be applied to Iraq and its current predicament can be summed up as follows: Iraq always is affected by external events, thus it is translated inside Iraq in both negative and positive senses.

On the other hand, the U.S. has very few assets to offer in this regard. Nevertheless, Washington has the ability to play an important role, not only by providing military assistance, but also through its commitment to the principles outlined in the strategic framework agreement. These principles include preserving the unity and independence of Iraq, fighting against terrorism, defending democracy, maintaining stability in Iraq, as well as maintaining the flow of oil. As announced clearly by the Obama administration, it is not the U.S.'s concern to interfere in the internal political affairs of Iraq. Nonetheless, the U.S. can play an important role that commits to the strategic agreement's objectives. Here, however, there are bureaucratic procedures that impede the U.S. support for Iraq in the realm of security. For instance, despite the Iraqi government's requests of F-16 planes, it was only agreed to sell only 12 planes. Domestically, there is undoubtedly frustration toward the political crisis and its security repercussions on Iraq. Therefore, in the 2014 elections, Iraqi voters will be divided into four categories. The first is a large crowd that despises terrorism and interacts with the current government. This group finds representation mostly among the Shiite public, as well as receiving the support of some Sunni tribes that are fighting terrorism. The second group consists of the those who belong to the civil forces and its sympathizers, and perhaps the new law will give them a hope for greater political participation. This is particularly because of the fact that the law (amended Sainte - Lague method 6.1) favors small and medium sized blocs.

The third group represents the ones who belong to the religious forces (not supporting the government). Its constituents are traditionalists and their popularity has experienced deep fluctuations due to their recent attitudes toward the Anbar issue, as well as because of what is happening to the political Islamic movement across the Arab countries. The fourth group represents the ones who refrain from participating in the elections, as well as the undecided. They may be waiting for the emergence of a new national alternative.

* Director of Biladi Center for Strategic Studies and Researches - Iraq This analysis is summarized from ORSAM Review of Regional Affairs.

The full report is available on www.orsam.org.tr
THE 2014 IRAQI PARLIAMENTARY ELECTIONS