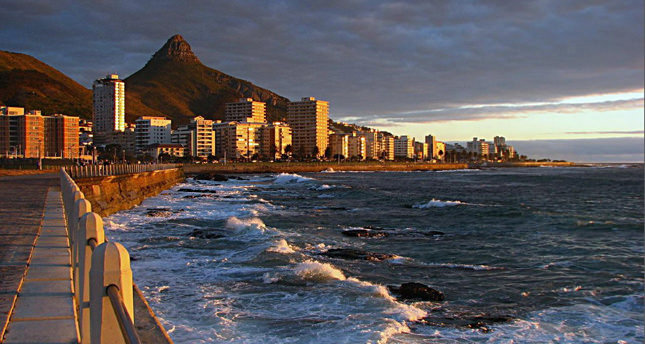 by Sana Qutubuddin May 09, 2014 12:00 am
PRETORIA — This week marks 20 years since the end of South Africa's apartheid era and ushering in of a new chapter in the nation's history. The historic feat is commemorated as a national holiday known as Freedom Day. On April 27 every year, South Africans celebrate the first time millions of blacks, Indians and mixed origin people voted. Freedom Day festivities were held in the capital Pretoria, and included prayers, poetry, music, dance, a cultural parade and military procession. It is also a time for remembrance of years of resistance and struggle.

The beginning of the end of the apartheid era came as Nelson Mandela, the premier leader in the struggle for equality and freedom, was released in 1990 at the age of 70 after serving 27 years in prison on Robben Island. Upon his release he continued work with the African National Congress (ANC) to galvanize his supporters within South Africa and abroad. Four years later, South Africans of all races took part in elections to vote for Mandela as their nation's first black president, putting an end to decades of race-based oppression. Amongst those who lived through the oppression, Freedom day offers a collective reflection of the difficulties endured before gaining equality.

These memories are now part of national songs and poems at the forefront of the day's events. The resistance music and poetry are a testament to the will of the people that did not allow their hopes for fair treatment to be crushed, despite seemingly insurmountable odds.
Author of "Domination and Arts of Resistance:

Hidden Transcripts," James Scott notes that instead of accepting what power holders tell subjugated groups about themselves, oppressed people create narratives that carry their hopes and offer a way out of their inferior treatment. "They question the foundations on which their domination is based.

Among themselves, subordinates construct and circulate oral transcripts that reject the degrading terms of their subjugation and attempt to salvage a sense of pride, dignity and self-worth despite their condition," Scott says.

A writer and activist that embodied the spirit of and led the Black Consciousness Movement during apartheid was Stephen Biko. South African President Jacob Zuma paid tribute to the late activist's work in this year's Freedom Day opening ceremony. Biko famously wrote, "The most potent weapon in the hands of the oppressor is the mind of the oppressed." His writings reflect how a resolute narrative developed among blacks of fully embracing their identity in light of a society that reduced their worth as human beings. "Merely by describing yourself as black you have started on a road towards emancipation, you have committed yourself to fight against all forces that seek to use your blackness as a stamp that marks you out as a subservient being," Biko wrote.

The anti-apartheid forefathers emboldened the popular conscience and actualized their dream for South Africa. Today, it is a young nation and has come a long way from its former self. Since 1994, discriminatory laws have been abolished, the murder rate has halved, more homes have electricity, basic healthcare is provided and there is more housing and clean water for impoverished citizens.

However, the socioeconomic divide is larger than it has ever been. South Africa has one of the highest unemployment rates in the world, there are widespread reports of government corruption, and social welfare programs are waning. The celebrations also highlighted the generational disconnect between those who lived through the apartheid era and those who are "born frees," the generation born post-apartheid. Forty percent of the nation's current population was born post-apartheid and they are skeptical of the government and finding opportunities within South Africa, given the current state of affairs. "It's nice to celebrate that we are here but it is also a time to reflect on the need for change in South Africa," Gundo Mmbi, a student at the University of the Witwatersrand in Johannesburg, told AP.

Commenting on the state of affairs, Archbishop Desmond Tutu said, "I am happy Madiba isn't around to see South Africa's struggles. I'm glad that most of these people are no longer alive to see this." South Africa's News24 reported Tutu saying in a widely cited interview with the Sunday Times newspaper that he "didn't think there would be disillusionment so soon."

As national elections took place on Wednesday, just a few days after the celebrations, Freedom Day came as another stop for politicians to make their final push. President Zuma said, "Our freedom was not free," urging voters to take to the polls. "It came about through blood, sweat and tears. That is why we must defend it at all cost. We are succeeding to heal the wounds of our brutal and divided past."