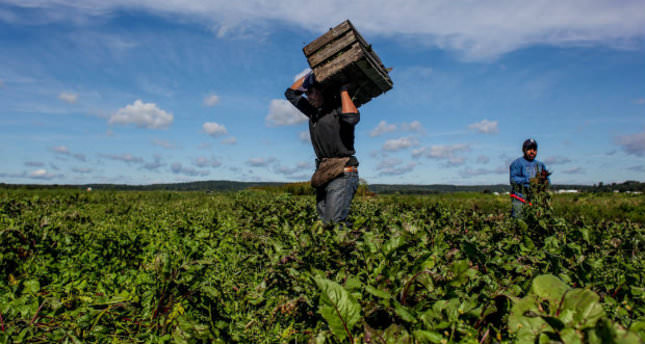 These words are from a famous anti-imperialist Turkish song from the 1970s. The words carry a strong meaning with Cem Karaca's impressive voice. Most people felt neglected when listening to this and similar songs. These words will have a similar meaning to many people from all around the world. The last century has seen many versions of this expression to denote ideas against class differences in society. Marxism or similar perspectives theorized discrimination and difference between social classes. In Marxism, for example, a person's role in the production process shows his social class.

Theoretically speaking, in Turkey there have not been any social class differences between people. In reality, however, many people will argue that this is not true, at least not for the last century. Kurds, Armenians and other nationalities and ethnicities have felt neglected for many years. People with socialist or communist views criticized the state for years.

Alevis or Sunnis have also never felt welcomed by the state due to personal issues or identity politics.

Historians and sociologists agree that the last century of the Ottoman Empire holds some clues to this inequity. Making Istanbul the capital of the empire was beyond a simple bureaucratic selection.

Istanbul became the center for the upper class.

The capital may have later moved to Ankara but the mentality never changed. Atatürk's statement that the villager is the lord of a nation has not yet found favor. In Turkey, Prime Minister Recep Tayyip Erdoğan's government has in part changed this perspective. Despite the fact that Erdoğan grew up in Istanbul, he and his government members are seen mainly as Anatolians. They are sometimes referred to as "köylü," an offensive expression used for Anatolians meaning rural or villagers - in this case not people who live in a village but people who are not upper class.

In 1924, the urban population of Turkey was only 25 percent of the total population. Today, this percentage has been reversed and most Turks - more than 75 percent - now live in cities. More interestingly, social classification takes place in Anatolian cities as well. For example, a city dweller in Central Anatolia would not accept as native or local a person who has roots in a village, even if the person was born in the city. The same is true of people who lived abroad in major cities like Paris or London; they'll still be referred to as villagers.
This sociological classification exists in different ways in a number of Anatolian cities and appears in all spheres of life from renting homes to business dealings. The new metropolitan law turned 30 cities of Turkey into metropolitans. In other words, provinces with populations of more than 700,000 became metropolitans and all villages or towns within those provinces became part of cities. The law aimed to increase services and living standards.

People expect equal distribution of resources for both city dwellers and villagers. Since the new metropolitan law, 11 million people are now officially urban or town dwellers. Officially speaking, there are no longer villages in these areas.

Villages are now districts of the metropolitans and their residents have undergone major transformations.

Will residents of cities accept villagers with the values and lifestyles they bring? Will villagers adapt to city life? More importantly, will there be any acceptance of villagers as part of modern society? Let's present a psychological story to clarify these questions.

Once upon time, a man felt like he was fodder and that his chickens may eat him. He went to a psychiatrist for a while and made some progress. At his last session, the psychiatrist asked how he felt. The patient's answer was interesting: "Well, I believe that I am no longer fodder, but how can we convince the chickens of that?" So it is not clear whether the city dwellers or villagers will need the convincing but it is obvious that someone needs to be persuaded.

So what should be done? There is no single answer to this complicated, historical and social problem.

However, some key suggestions may put our future cities in better shape.

First of all, financial growth is key for all. Everyone should have equal access to state resources. Secondly, multiculturalism should be promoted so that people understand and accept other cultures and ways of life. It has to be emphasized that each different culture in a region is valuable for all residents.

Social integration is needed for people in both cities and villages to understand how others live. The government vision for 2023 should be implemented equally for all social strata. Finally, if equal education and equal life standards are provided to all, villagers may not move to cities in search of jobs. If that doesn't happen then our cities may soon look like the downtowns of Chicago, London or Paris, where residents move out from these areas in search of better life conditions.

These suggestions of course need to be extended and explained in detail to overcome social problems that most Turkish metropolitans will encounter in the future.