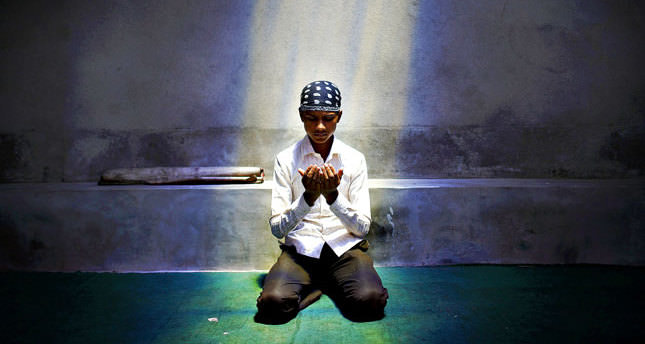 The Prophet Mohammad serves as an example for Muslims in every aspect of their lives. In this regard, it might be argued that legal Kurdish political movements are trying to use the Prophet Muhammad as an example to justify their political stance in the eyes of constituents and also to end the perception that they are not religious

Last local election in Turkey will have tremendous impact on politics in Turkey regarding to electoral race between AK Party and anti-AK Party coalition covering almost all oppositional socio-political (Gulenism) and political (CHP and MHP) actors. Rather than analysing the results, this paper would focus one post-election period in terms of the role of Islam among Kurdish people for political actors which are mainly the AK Party, Huda-Par and BDP. Respectively, the initial one has always played on conservatism since it already defined itself as conservative democrat. The latter one should be considered as a continuation of illegal radical Islamic group, namely Hizbullah (distinctive from Hizbullah in Lebanon), established just after closure of Mustazaf-Der (Association of Oppressed) and it is first time that Huda-
Par participated to a legal election in Turkey.

What makes the last one interesting is to be originated from leftist ideology which is naturally secular. Whether it might be called as moderation or tactical change but it is now much visible that ethnically Kurdish legal movement with all its extensions including the PKK began to play on religious character of Kurds. That is why a Holy Birth Meeting (Kutlu Doğum Mitingi -referring to the birth of Prophet Mohammad) organized by DTK (Demokratik Toplum Kongresi- Democratic Community Congress) is worth to be subjected to an analysis.

Given that AK Party and BDP won considerable amount of mayoralties in the eastern Turkey (mostly Kurdish inhabitant), the argument of that their ideological or political stance are working and resulted in high number of votes makes sense. The question comes in mind under these circumstances is: In what way will another arguably and relatively Islamic political actor influence the local politics in the region? It is not likely that Huda-Par would dramatically increase its vote-share in short terms but it is inevitable that its existence would make changes of policies of other prominent actors in the region. It is highly likely this would be BDP, rather than AK party as BDP's policies have not been Islamic-friendly, if not directly being against, and also it has ideologically kept itself distant to Islam as a socio-political actor.
Fundamental reason why I denote Islam as a newly resurfaced political actor is that roughly speaking historical enemies Hizbullah and PKK have recently made clear that they both have an intention of being legal political actors with their own distinctive appearance.
Holy Birth Meetings organized by DTK and Peygamber Sevdalıları Platformu (the Platform for those who loved Prophet Muhammad) in 19th and 20th of April in Diyarbakir in the same meeting area (Newroz Park), respectively.

The organizers of these meetings respectively can be regarded as social branches of both BDP (ethnically Kurdish legal movement) and Huda-Par. Now, relying on my observations during the meetings, I will argue that the role of Islam will be reactivated in the region after historical repression of Islam, conducted by not only secular nationalist official state ideology (Kemalism) but also leftist-oriented secular Kurdish legal movement.

Just before moving on the observation, it is better to mention that because of strong power of religion to influence people's minds, Öcalan himself suggested using of Islam as a means to achieve revolution as it is crucial instrument to get public support by 1990s and stated without it that leftist-oriented revolutionary movements in the Middle East would not realize their goals. Interestingly enough, he again called for 'Democratic Islam Congress' which will be held in Diyarbakir in 10-11 May by again DTK. This call might be because of requirement of currently running peace process between conservative democrat AK Party governments and himself but still there has to be something else triggering such action for ethnically Kurdish legal movement. As far as I am concerned, thanks to results of the last local election, Kurdish legal movements realized that they did not increase the number of votes they obtained form the region although it was adequate to get mayoralties.

The results indicate that AK Party and recently established Huda-Par should definitely be considered rivals in forthcoming elections. To increase their votes or at least to maintain it, they have to evolve their policies which is up until based on Kurdish ethnic rights. Islam has just come into minds as an interlocutor between electorates' hearth and voting preferences.

First of all, religious discourse and atmosphere are in favour of Peygamber Sevdalıları Platformu as they were much more experienced in organizing such events and their adherents comparatively seem to be more religious.

Therefore, the number of attendees to the meetings was also in favour of Peygamber Sevdalıları Platformu, which was approximately and cooperatively 10-15 times more. Another basic comparison between two Holy Birth Meetings by DTK and Peygamber Sevdalıları Platformu is that the initial one highlighted tenacious stance of Prophet Mohammad (Peace be upon Him) against cruelty in every speakers discourse while the latter one stressed that Prophet Mohammad is the one all Muslims take as an example in every aspects of life.
In this regard, it might be argued that Kurdish legal political movement tries to take Prophet Muhammad as an example to justify their political stance in the eyes of possible new constituents and also to dismantle the perception of that they are not religious and do not respect religion by addressing religious people.

On the other hand, Peygamber Sevdalıları Platformu does not have such a requirement as they have always been in favour of religious politics but they needed to prove that they have abandoned their more radical approach. Therefore, two separate meetings can be regarded as a continuation of moderate stance towards religion as a newly resurfaced political actor, one from secular position to religion-friendly while the other from radical stance to moderate Islam.

* Director of CESRAN-Turkey desk and Doctoral candidate at Exeter University
Last Update: May 13, 2014 1:53 am
RELATED TOPICS