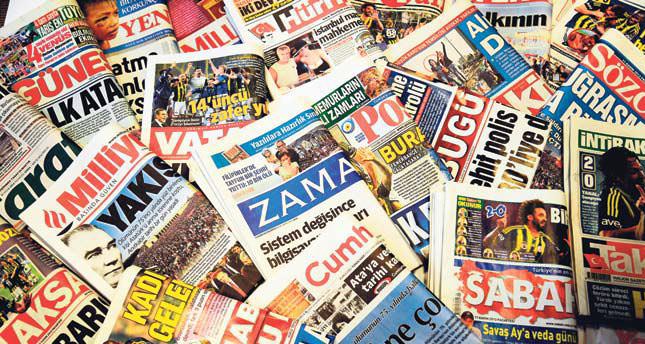 Observers who are unaware of the history of the Turkish media cannot sufficiently understand the normalization being observed in the media today. As old-time reflexes became outmoded, they also began to be phased out

Media has been the most controversial area of sociopolitical reality in Turkey since the 19th century. Turkish media has interacted dynamically with Turkish modernization's patterns and content. Except for the self-appointed press based in Paris, London and Geneva during Abdülhamid II's reign, the press operated as a spokesperson for the state until the Second Constitutional Era in 1908. After the start of the Constitutional Era, the number of newspapers increased from around 20 to 200. Pluralism and variety had made it possible for different ideologies already existent in Ottoman society to express themselves.

After the establishment of the Turkish Republic, Kemalist ideology with its radical laicism, conservative nationalism and Jacobin political attitude ended the press pluralism that sparked after 1908. Press activities were directly planned by the state to support the regime during the Republican period. Critical voices were silenced, and the press was used to create a monolithic society. Even the Cumhuriyet daily, which gave full support to the regime, was shut down for five months intermittently from 1923 to 1946. Law enforcement during the single-party period ensured the convictions of the Turkish press.

Turkish media, which suffered under the policies of the regime, diversified a little bit post 1950, only to fall under complete state monopoly right after the 1960 coup d'état. All national newspapers - rightist or leftist - supported the military takeover unconditionally and serviced the propagandist news ordered by the army after this period.

Newspapers such as Hürriyet, Milliyet, Cumhuriyet and Tercüman embraced an anti-democratic attitude, voiced demands to spread a militarist culture and promoted military and bureaucratic control over civil politics. These newspapers took it as a duty to spread propaganda and acted as a public communications office of the army during the period that led three-time democratically elected Prime Minister Adnan Menderes to prosecution.

Turkish media supported the army in civil-army relations starting from the 1960 coup and protected this stance throughout the 1971, 1980 and 1997 coups. The Feb. 28 postmodern coup d'état was carefully executed by the junta in the Turkish Armed Forces and by Turkish mainstream media administration. Media's censorship and single-minded attitude continued until the 2000s.

The mainstream media started representing the new modernization wave in line with the AK Party, supporting a civil political arena in Turkey free of intervention in line with European Union policies. It provides an alternative to the Kemalist media that promotes radical laicism, the military over civilians and an opportunist alliance with the West. That mindset sees the Kurdish issue as just a security problem, lacking the courage to face and discuss recent Turkish history.

In this respect, a 1908-like pluralization has been experienced in Turkish media for the first time since 2002. Most of those who argue about press freedom in Turkey today are unfortunately only choosing to listen to the whimpers of the weakened Kemalist mainstream media. That is why they can't thoroughly analyze Turkish media, its transformations, diversification and the pluralization it has experienced.

Those media bosses who had no competition before cannot now tolerate the fact that they have alternatives with great influence. What they actually complain about is the normalization process that enabled the elitist media's transformation.

Today, we can talk about the reflection of a new elitist understanding at peace with tradition, cultural values and modernization in Turkey. Observers who are unaware of the history of the Turkish media cannot understand this normalization being experienced in the field of media today in Turkey sufficiently. Media members who are providing support to anti-democratic practices, making efforts to narrow the legitimate political space and trying to mobilize the civil and military bureaucracy in this direction are feeling deflated and losing their former positions parallel to this devaluation. The underlying reason for this is the fact that their politics are losing ground. In a sense their persistence on old-time reflexes make them obsolete. As they became outmoded, they also began to be pushed out of the scene. Seeking to depict this natural sociological process as the systematic intervention of the AK Party government or Prime Minister Recep Tayyip Erdoğan through a few tabloids does not reflect reality.

At this point, placing Turkey in the category of ""Countries without freedom of the press" in the index published by Freedom House is literally a dud. And a greater fiasco is the defamation campaign started by AK Party opponents at both national and international levels that asserts that Turkey has lost a serious reputation and is involved in an antidemocratic process relying on this report.

Understanding the issue of freedom of the press only as the intervention of the "selected power" in the content produced in the media is a biased attitude. Freedom of the press is also about editorial independence, accessibility of different news and information sources, different styles of censorship, freedom of access of various sections of society to news, the detention, arrest and trial forms of journalists, access to official and non-official news sources and the availability of different views in the media.

An extremely critical question that needs to be asked of the distanced and formalist observers of Turkey is their interpretation of the Dec. 17 tutelage attempt. I wonder in which literature of Western politics this tutelage initiative and the collective intelligence guardianship finds a place for itself? I won't mention the Turkish exception on this regard with a cultural essentialist view, as done by many others. Turkey is an important country in its region, with its normalizing democracy, growing economy and increasing reputation.

Now Turkey is the 16th largest economy in the world and has undergone an enormous breakthrough in the last decade. In particular, the media field has grown at least three times quantitatively. With the regulations of 2011, the share of foreign capital in the media sector was increased by up to 50 percent. In a nutshell, things are well in Turkey. All media professionals and academics are aware of the fact that newsmaking requires interpretation, and loss of meaning is inevitable. These may be caused by the, social or ideological identity and background. What really matters is weather the loss of meanings in concern are intentional or if deliberate manipulation is involved.

Precisely at this very point the reliability of media companies through the transparency of the subjects involved in the news-making process and mechanism as the assurance of the freedom of press becomes important. Only a media company that is transparent on matters of the news-making process, identity, political position, cultural background, ideological identity, political relations and economic attachments can serve the freedom of information and participate in the empowerment of the freedom of press.

The real matter is the transformation of information from resources to the people without losing its originality, since the consumer is able to read the news knowing that the meanings may be covered under autonomy garment and may freely compare these news or translations of information. Reducing the discussion of press freedom in Turkey only to the interference of the selected power on press organizations is at best ignorance. The interference of the selected power on the press is a drop in the ocean compared to the intervention of the media bosses and bureaucratic oligarchy.

Finally, we must add the fact that international monitoring organizations evaluation of the crimes committed by press members while "the press outside activities" who are opponents of the AK Party in Turkey under the "press freedom" is remarkable. This situation stems from ideological rationales and is enfeebling the core of freedom of the press.