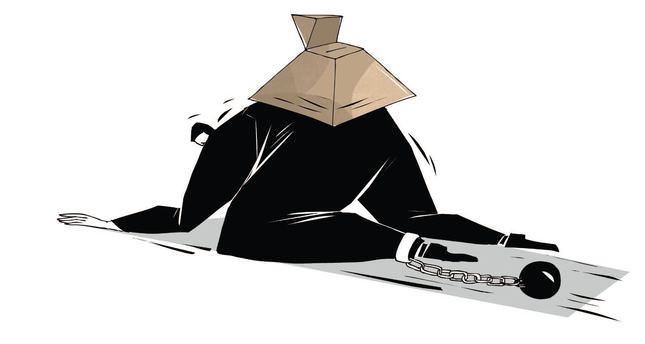 From the beginning, Sisi based his propaganda strategy on fighting terrorism. This policy aimed to depict the Muslim Brotherhood and other secular anti-coup groups as terrorists. The terrorism discourse has an appeal in the West after the 9/11 attacks. Like what Assad did in Syria, the fight against terrorism provides a sort of immunity from international scrutiny

Egypt awoke to a large-scale upheaval in January 2011 after the fall of Tunisia's Ben Ali regime a couple of weeks earlier. Millions marched to Tahrir Square and forced the resignation of Hosni Mubarak who had ruled the country for 30 years. The youth rejected the dictatorial nature of the regime led by a single party, Hizb Al-Watani al-Dimocrati, under military tutelage and demanded democracy urgently.

The reluctant Mubarak was forced to resign due to the persistence of protests. In what many saw as a revolution, the regime actually sacrificed its captain to keep the ship on route. In other words, the military sacrificed Mubarak to keep the Egyptian regime intact. So what is the meaning of the upcoming Egyptian elections on May 23-24?

After the fall of Mubarak, the High Military Council headed by generals took over the transition process by bringing the Muslim Brotherhood (MB) to its side.

Many revolutionary groups also thought the military was sincere about democracy and appreciated its toppling of Mubarak's rule. The March 2011 constitutional amendment was critical in splitting the revolutionary camp between the seculars and the Islamists. The referendum also changed the momentum from revolutionary legitimacy into a reform process. This reform logic allowed the revival of the old regime with its institutions, media and bourgeoisie. When Morsi came to power through a democratic election, the status quo's candidate, Ahmed Shafiq, a former general, found a way to claim about half of the votes. The military-led status quo forces slowly united against Morsi with a discourse of saving democracy from the Brotherhood hegemony.

Last summer, the opposition united to topple the government with the help of the military that violently cracked down on anti-coup protesters afterward. The Brotherhood apparently did not expect the possibility of a military coup. Similarly, some liberals like Mohamed ElBaradei who opposed Brotherhood rule and welcomed the military's support for this cause did not expect the military to seek power. The two were proven wrong with the advent of the military coup. ElBaradei resigned in protest of the violent crackdown and fled abroad while the Brotherhood rejected the coup by resisting military rule through boycotts and protests until today. The violent repression has continued through sham trials that handed mass death sentences and imprisonment or killing of peaceful protestors in the streets.

The international community also allowed the military coup to happen, as they view an Islamic government represented by the Muslim Brotherhood to be a threat to regional status quo. The Gulf countries led by Saudi Arabia and the United Arab Emirates became the sponsors of the military coup with their open support. Ideological differences between the Wahhabi-Salafi sect and the Brotherhood vision were the main factors behind this attitude.

The Gulf monarchies were bothered by the Arab Spring wave of democratization and freedom. For example, the Saudi monarchy hosts the Tunisian dictator and was not happy with the toppling of Mubarak.

As this author predicted, General El-Sisi paved the way for his presidency from the beginning by suppressing the real opposition - the Brotherhood - and silencing others.

For a long time, the Egyptian military has been active in politics and the economy through its proxies and economic outlets. Because all the previous presidents were military officers, the military institution supported the presidency of Ahmed Shafiq and Sisi. The latter's intention to run for presidency also became a personal matter because of the killing of anti-coup civilians. He would not allow another person to be elected by risking a trial in court for killing protesters. Moreover, the military can easily control the political scene and get Sisi to be easily (s)elected.

The international community was also favorable to Sisi's rule. Many world leaders such as the EU's Catherine Ashton and Russia's Vladimir Putin welcomed or visited him despite his crackdown at home. President Obama and the EU paid a lip service to democracy but failed to condemn the coup and violent crackdown of peaceful protestors.

Obama seemed uneasy with the coup and blocked foreign military aid but the friends of the coup such as the Israeli lobby, the Gulf and the neocons proved it ineffective.

Even though the U.S. softened the discourse of the aid embargo, Egypt already began talks to buy Russian arms with Gulf support. Therefore, Sisi feels no pressure from the outside world.

From the beginning, Sisi based his propaganda strategy on fighting terrorism. This policy aimed to depict the brotherhood and other secular anti-coup groups as terrorist. The terrorism discourse has an appeal in the West after the 9/11 attacks. Like what Assad did in Syria, the fight against terrorism provides a sort of immunity from international scrutiny. We also witnessed increased terrorist activity in the Sinai Peninsula and inside major cities. Several bombs that exploded mostly in Cairo were ascribed to a new terrorist organization called Ansar al-Bayt al-Maqdis. On the other hand, Egyptian courts sentenced more 1,000 people to death for inciting violence. The verdicts were depicted by international observers as politically motivated but they fell short in condemning the regime.

In the current domestic and international context, Sisi seems to have secured the presidency for himself. In his latest media appearance he appealed to the Egyptian youth that toppled Mubarak. He knows their power and potential because their gathering in Tahrir Square was instrumental against Morsi and he tries to depict himself as the proponent of the January 2011 revolt. The youth soon realized it was a military coup rather than a democratic revolution. In fact, Sisi recently said it would take 25 years for Egypt to establish real democracy in Egypt, implying the return of the old regime. The youth that demanded democracy urgently began to despair about the future of democracy in Egypt, and Sisi has reason to worry about their grievances.

In his bid for presidency, General el-Sisi does not face a serious obstacle before the elections. He thinks he can suppress the Islamist resistance as they have no external support. The election commission allowed the Nasserite Hamdeen Sabahy that offers no challenge to Sisi because he can control the results of the ballot box as in the past.

The old-style dictatorship survived in Egypt for 60 years but Sisi may still be miscalculating because the Egyptian people tasted freedom after a long wait. Some Egyptians think Sisi can get them out of the crisis. It will take a couple of years before they realize they were cheated about democracy and the old-style dictatorship cannot provide bread, freedom or dignify.