Whose da'wah is Hagia Sophia anyway? 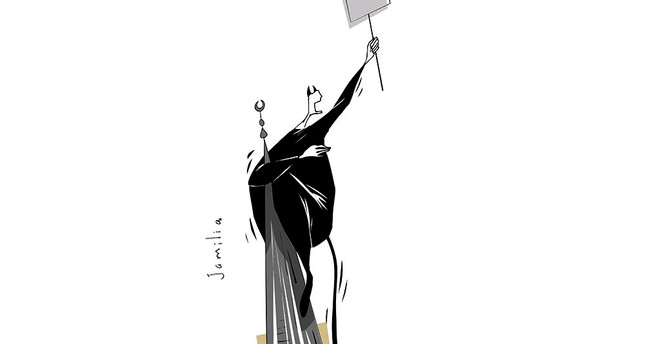 Turkey is within its sovereign right to determine the status of Haga Sophia based on its own historic heritage and values. That said, there is no urgency to convert it back to mosque when the country is facing more pressing issues

The Hagia Sophia (Ayasofya in Turkish), built as a patriarchal basilica (532-537), has changed status several times throughout its tumultuous history. It remained as the Eastern Orthodox cathedral until 1453 when Fatih Sultan Mehmed (Mehmed the Conqueror) took Istanbul, except for the brief Latin Crusader occupation in the 13th century, during which it served as a Roman Catholic cathedral. Fatih converted the building into an imperial mosque. During the reign of Fatih and his successor sultans, many repairs were done. Minarets and eventually buildings including a madrasa, an imaret (soup kitchen), sultans' tombs and library were also added, transforming it into a külliye or a religioussocial complex. As a result of these additions during the Ottoman era, the Hagia Sophia gained an added Islamic-Ottoman character. It remained in the mosque-külliye status until 1931 when it was closed for repairs and minor modifications for its eventual conversion to a museum in 1935, a status it has held since. As a result of its history, it held and still does, a religious as well as historic significance to both Orthodox Christians and Muslim Turks, in addition to its status as an architectural wonder of the world. The building which some art historians include among the "seven wonders of the medieval era," holds world heritage site designation by UNESCO.

Since the Hagia Sophia was converted into a museum by a controversial government decree in the spirit of the time in 1935, there have been many demands from the public for the restoration of its status as a mosque, voiced within limits so as not to disturb the peace. The increase in the volume and the tone employed in the last few years does not seem to indicate a silenced society as portrayed by some here and abroad. Among the ones with such demands is a Nationalist Movement Party (MHP) parliamentarian, whose bill was rejected in December 2013, and other smaller right-wing parties and affiliated groups. But a rather unlikely actor who brought the issue to the forefront this time and the method employed raised some eyebrows. This actor is the Gülen Movement. Seeing the movement being creative in its tireless efforts to destabilize Erdoğan's government doesn't come as a surprise to anybody. But starting a campaign "to break the chains of Hagia Sophia" admittedly "inspired by an article Gülen wrote in 1990 on the subject" while it was in high gear to "build interfaith bridges" against Erdoğan, puzzled many.

The Gülen Movement's motivation to create a wedge between the conservative base and Erdoğan, whose candidacy for the presidency is all-but certain, with the aim of reducing his chances is not news to anyone. What remain confusing to many observers are the GM's contradictory messages targeting different quarters and the flip-flops in the process.

Some columnists in Gülen's English media outlets were warning of Erdoğan's sinister plan to create a "Judeo-Christian enemy" to drum up his support for the presidential election. One of the most fervent Erdoğan critics O. Kemal Cengiz, for example, argued in Today's Zaman (TZ) against Erdoğan's alleged intention to reopen Ayasofya to Islamic worship on the anniversary of the "Fetih" (the Conquest of Istanbul), urging that it should remain as it is but if it must be opened for worship, it should be for both faiths. Another TZ columnist, İhsan Yılmaz was more cynical of the suspected plot they uncovered. He opined, "As always, to win the presidential election…[Erdoğan] will continue to imagine a Western, postmodern Crusader attack against the bright potential leader of the Muslim World: himself… To 'prove' his case, he may need a serious clash with the West, and trying to open Hagia Sophia as a mosque will give him this opportunity. Western reactions to this attempt will skillfully and craftily be used to make his point" (TZ, April 23, 2014). The mindset and tone of expression by Yılmaz are fully consistent with the Gülen Movement's line of propaganda directed specifically at the Western audiences. The movement's U.S. and European networks have long been "informing" concerned parties about Erdoğan's "authoritarianism and oppression of non-Muslims in his jihadist agenda" through panels, conferences or one-on-one contacts with influential people or anyone willing to listen for that matter.

Against this backdrop is the GM's campaign to reopen the Hagia Sophia as a mosque, an initiative, which is not exactly the kind to help in their effort "to build interfaith bridges," puzzled most here and probably abroad, leading them to question just where Gülen and his movement really stood. The one reflected at this campaign, whose success was heralded in Gülenist media, as "a Hizmet (Gülen Movement) initiative growing like an avalanche," or the one reflected in foreign language publications and other discourses, portraying the purported opening as a "Erdoğan's diabolical plan?" It didn't take long for the movement's savvy communication strategists to figure that a message intended for a particular recipient was reaching the unintended parties on the other side, resembling the predicament faced by a cheatinghusband when the wife-lover lines cross. Hence came the disclaimer by the Gülen Movement organization Journalists and Writers Foundation about the campaign with "we didn't order…the base might have done but not per our instruction" type of ambiguous statements. These flip-flops and inconsistent messages served to strengthen the image of Gülen and the movement as engaging in "taqiyya" (religious dissimulation). The initiative however, cannot be deemed as a total fiasco since it was able to put the issue on the public agenda, inspiring some non-movement members of the conservative intelligentsia to support the initiative irrespective of the sponsor or its real agenda.

As to the prima facia substance, i.e. the opening of the Hagia Sophia as a mosque, the international justice, comprising religous freedom conventions, bilateral agreements, world cultural heritage designation, does not contain any article and there exists no edict by any judiciary body with authority to prevent Turkey from restoring it to its pre-1935 status. That fact is evident by the arguments made by the Greece and Greek diasopora lobbyists demanding that Turkey convert Ayasofya to an Orthodox Church, as it was before the conquest in 1453 by Fatih. Among such political pressure groups is the Free Agia Sophia Council of America. Its spokesperson, a Greek-American Congressman Chris Spirou has made general arguments regarding the purpose of the original structure and its importance to the Greek Orthodox communities, citing no binding principle, or a resolution dictating such action. Mr. Spirou, in a letter to PM Erdoğan written prior to the aborted attempt to hold a "Holy Liturgy" in Hagia Sophia in 2010, only cites U.N. Committee Resolution 2003/54 which "urges states to recognize the right of all persons to worship or assemble in connection with a religion or belief and to establish and maintain places for these purposes." He stressed that the issue has nothing to do with Greece or Turkish-Greek relations, conveniently sidestepping the "reciprocity" issue Turkish Government raises, i.e. the number of Greeks in the whole of Turkey number less than 1,500, whereas in Athens, building a mosque for over 300,000 Muslim inhabitants was not allowed, leaving them without a place "to worship and assemble."
The "universal values" and precedents do not provide a oral imperative to force Turkey's hand in one direction or another either.

Irrespective of the historic details, this much is certain: Hagia Sophia stands there today and is not the dilapidated structure that barely stood there 561 years ago. With aforementioned restorative protective work and additions it gained a Christian-Muslim character as acknowledged by the former Greek Foreign Minister Pangalos in a speech in 2010. In the absence of a binding universal mandate to the contrary, Turkey is within its soveirgn right to determine the status based on its own historic heritage and values. That said however, there exists no urgency to convert it back to mosque status as Gülenist or others argue. Such demands not only help produce said counter-demans but also casts genuine or contrived suspicions in some Western minds vis-a-vis "Erdoğan's Islamist Agenda."

As it relates to domestic politics, the Turkish people, while favoring the restoration of the mosque status, by and large, don't see the urgency, when the country is facing other more pressing issues. The people here, have long endured the oppresive restrictions on their religous and cutural freedoms by the past governments. To end the unlawful headscarf ban for example, victimized women acquiesced to Erdoğan's gradual, concensus seeking approach with great patience primarily because they did not doubt his sincerity, in which trust proved to be well placed. It is not logical therefore, to expect the same people to hold that trust back when it comes to other internal or external issues.

To the dismay of Erdoğan-foes in Turkey or abroad, there does not appear to be a "sociology" to force Erdoğan to make a tough choice between a probable friction with the West and losing public support in his presidential bid or a cause to produce a "Muslim Gezi." All things considered, there is no impetus to change the current museum status of Hagia Sophia at this juncture in history.