It is not over yet 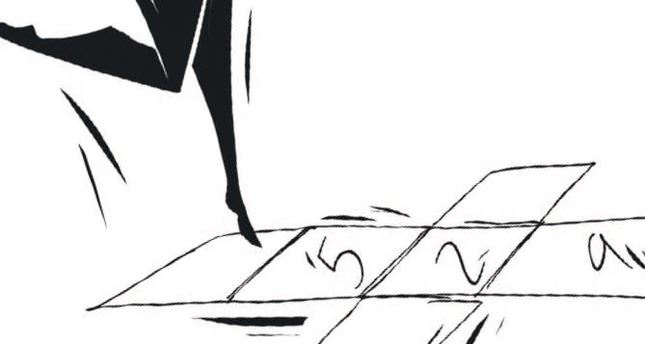 by Ahmad El Nashar May 24, 2014 12:00 am
Acquaintances and friends have been asking me in many different ways two questions: Is the revolution over? My short answer is no. Those of us who were in Tahrir on Jan. 25, 2011, experienced a rare episode of humanity discovering its deep positive essence of existence. We experienced a Camelot where a group of people were not simply united for a social cause but could for the first time see what values they shared as humans, experience happiness and safety despite their individual or group differences and understand that the limits of their potential could inspire the world. So, for many of us witnessing some of the events happening today we quickly shake our heads and conclude that this is not quite the same spirit we experienced on Jan. 25. Now this may imply that I am saying the revolution is over but I am confident it is not. There are at least three key reasons why I make such a confident statement.

First and foremost is the increasing awareness by the revolutionaries about what the revolution needs to do to succeed. To a large extent, we were naive on Jan. 25. The days that followed Tahrir's glorious 18 days along with the July 3 events revealed so many lessons about the nature of change required in the current Egyptian social system.

Actually, and this may anger some people, the events of July 3 were a huge blessing that enabled us to revamp the Egyptian revolution. Many of us already knew that the military leadership and its puppets needed to be deposed of as much as Mubarak, but few of us knew the extent of the weakness and corruption in the rest of Egyptian society. The nostalgic aura of Tahrir and our thirst to believe that there is still some good left in us overwhelmed our hearts and logic.

Some of us would never have understood the degree of incompetence of the Muslim Brotherhood in running a state had it not come to power. We assumed in good faith that because it had survived for so long in the face of persecution and demonstrated some organizational capabilities in the square and the elections that they could lead the country. Well it is obvious now that they can't. Some of us would never have imagined that some of our own family members would give authorization to the people in power to kill their own kindred for having a different political stance. We would never have imagined that they would take to the streets chasing after protestors with guns to help the police arrest some of us. I mean, after all, those were the people that for a while talked about us as the revolutionary generation that would rebuild a new Egypt.

Many of us did not know or comprehend the extent of the military's reach and control of key institutions and social groups in Egypt. Only a few of us could claim that we knew the significant influence some of our neighboring countries had on the people in power and the elites in Egypt. Beyond the abstract rhetoric chanted in our marches, many of us did not know what sort of social system we wanted and did not put sufficient effort into defining our thoughts and dreams and rally people around them. We were not able to provide an alternative to two organizational structures, the military and the Brotherhood, which represented outdated social paradigms to many of us.

The second reason is that as we have become knowledgeable about the task we need to accomplish we are also learning more about the tools and tactics required to execute the task. We know now that this change will not be brought about by simply occupying a square to depose of a military dictator and some of his puppets. We know that to begin with we need to possess and implement a variety of tools and tactics that can bring down a military institution that has rooted itself in almost all aspects of our social system. So when I see students organizing and participating in protests, the strikes of the labor unions and workers all over the country, the attacks on security vehicles during protests, the increasing participation of women, the hacking of websites and many other actions, I see an increasing variation in tactics and tools that tells me that our revolution is far from over.

We know now that this is a struggle that will take time. We know now that the effects of the revolution will be felt in every Egyptian home. When I see groups organizing themselves to engage with the community in discussions around social change, or groups formed to define what we want and how to rally people around those ideas, when I learn about groups organizing to battle women's abuse in public, when I hear musical groups forming to sing against social injustice and call for freedom, I know that the revolution is reorganizing itself to unleash its potential in an unprecedented manner.

My third reason is the practices of the current regime and certain factions of society. The increasing police brutality in dealing with civilians, the deterioration in public services, the unprecedented rate of arrests that is reaching almost all social demographics and the polarizing hatred message promoted by the media are among a few of the usual dictatorship practices that will continuously fuel the spirit of the revolutionaries and take it beyond the political struggle of two powers.

When we wake up every day to learn that a 12-yearold student was arrested for possessing a ruler with the Rabia sign on it, or 10-year-old girls that were sentenced to prison for participating in a march against the coup, or a pathetic military statement on the discovery of a cure for AIDS, or the sentencing of 529 people to death in a trial that lasted two days without the presence of the accused and their lawyers, when we hear of parents turning in their own children to the police for their participation in anti-coup protests, or neighbors becoming informants about people they have lived with in the same building for years or business owners sending discontented employees to jail on the premise that they are "terrorists," we are always reminded why our revolution must continue.

When I see the Brotherhood and its coalition still adopting their slogans of legitimacy, when I hear them still calling what happened on July 3 a military coup, when I see them failing to rally the different revolutionary groups to their cause, when I witness the rising discontent among their lower levels and younger generation, my belief is that this revolution never was and never will be about the Brotherhood and the military. This is a revolution of social paradigms that is not over yet.

So in all confidence I am sure the revolution will never end. Our generation and at least three other younger ones have firsthand experience of what social injustice at the hands of military dictatorships can and will do to our lives in the deepest sense. It is engraved in our memories; the pellets in our bodies and our emotional injuries are lasting reminders of a social system we no longer accept or wish to belong to. My children will remember, among many other painful experiences, that their father disappeared from their lives overnight for fear of being persecuted by a regime and a society that would in cold blood kill those who are at odds with them.

Mark my words: We will never be short of revolutionaries for generations to come. So when someone asks if the revolution is over, tell him or her in all confidence that it is not over yet.