India PM must ensure Muslims are part of ‘inclusive’ agenda 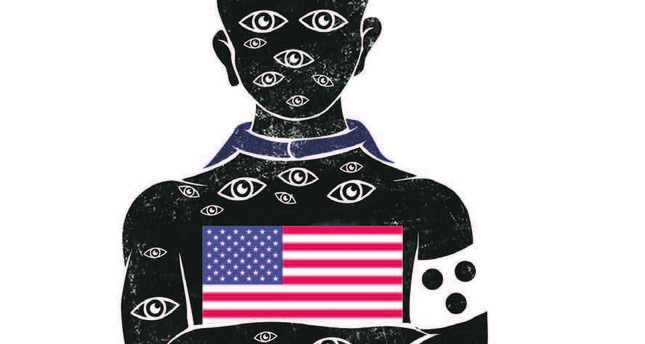 by Shakir Husain Jun 12, 2014 12:00 am
India's new prime minister, Narendra Modi, says he wants to lead a country that is "strong, developed and inclusive." The word "inclusive" in his message will be especially welcomed by the country's 170 million Muslims who remain apprehensive about his policies. By focusing on economic development, the 63-year-old former chief minister of the western state of Gujarat hopes to put his divisive past behind.

Gujarat under Modi's rule saw its worst anti-Muslim violence in 2002 when more than 1,000 people were killed. Modi, who won three consecutive terms in the state, has not offered an apology for the massacre. The stain has stayed despite Modi and his Hindu nationalist Bharatiya Janata (Indian People's) Party (BJP) trying to move away from the contentious issues that are seen as creating communal enmity in this religiously diverse and multicultural country.

During the parliamentary election campaign, Modi tried to appeal to a wider voter base by talking about economic issues and appearing accommodative to all Indians. His party on May 16 scored a thumping victory. The ruling congress, which has led India for all but 13 years since independence in 1947, suffered its worst election defeat amid voter anger about bad governance and corruption.

Modi's aggressive campaign was able to exploit this public mood with promises of building a "new India."

Now he aims to broaden his appeal further. A message posted on the prime minister's website and addressed to Indians and "citizens of the world" is instructive. It says: "Let us together dream of a strong, developed and inclusive India that actively engages with the global community." While it's not possible to ignore Modi's hardline politics, Muslims should have an open mind about his position as prime minister and respond positively if the BJP government does pursue an inclusive agenda. It's too early to predict what this inclusiveness would entail, but there are enough reasons to watch Modi's policies closely.

Many forces are likely to influence the new government's policies. One of them is the Rashtriya Swayamsevak Sangh (RSS), a Hindu supremacist group with a grassroots network of members trained in fighting techniques. The RSS, run from Nagpur in western India, played a big role in mobilizing votes for the BJP. Like Modi, who joined the RSS at a young age, many senior BJP leaders come from the organization viewed as the party's ideological parent.

Many of Modi's ministers have links with the RSS and other hardline groups collectively known as the "Sangh Parivar (family)." In 1992, the Sangh Parivar organized hundreds of thousands of zealots who razed the historic Babri Masjid in Uttar Pradesh. The RSS works in a clandestine manner to push its agenda. It has a worldview of its own and controversial ideas on how India should be shaped and governed. It's not just Muslims who worry about its Hindutva politico-religious nationalism, but many Hindus and India's religious minorities also oppose its ideology.

In an editorial on May 20, the Indian Express newspaper cautioned Modi: "The Sangh may be the ideological mothership, but this massive mandate for the BJP was not, in any sense, an endorsement of the jaded and backward looking beliefs of the men in Nagpur." Having contributed generously to the BJP election campaign, India's corporate czars are expected to be another key influence on the government.
With the Indian economy now ranked third behind the U.S. and China, business groups want to play big on the world stage and expect Modi to help them. An unprecedented gathering of tycoons at Modi's swearing-in event at the presidential palace on May 26 was a testimony to the high expectations India's corporate bosses have from him. Newspapers carried full-page advertisements from businesses congratulating Modi.

The Confederation of Indian Industry (CII), an influential business association, says the new Indian leader's "stress on growth and development has caught the imagination of the people." Creating new jobs, boosting infrastructure investment and accelerating economic growth are among the new government's main promises.

Muslims, who remain seriously under-represented in public and private sector jobs, must ensure that they are not marginalized in this growth story. By adopting an inclusive economic agenda, the Modi government has a golden chance to win the trust of Muslims and deliver on his promise of a prosperous India.