Is Outsourcing a Chance for Developing Countries? 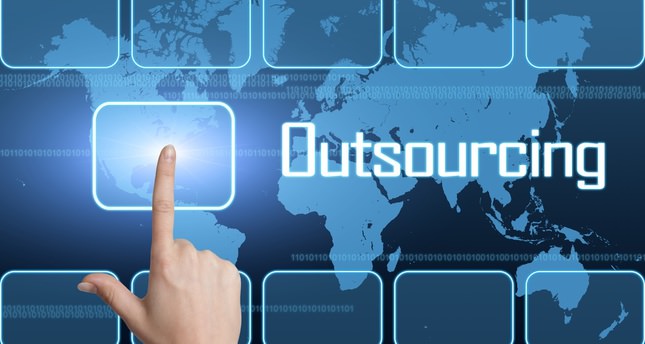 by Anıl Sural Jun 17, 2014 12:00 am
Globalization is a phenomenon that has become overtly visible around the world within the last 20 years. There are five dimensions of globalization, which correspond with economics, politics/security, technology/communication, environment/demography and culture. Globalization means worldwide economic, political, technological and cultural integration, a sharing of ideas, opinions and practices, greater freedom of movement and the diminution of national borders.

The beginning of liberalisation inspired countries to relax trade barriers which enhanced global conversations regarding free trade and the environment as well as increasing the spread of information and communication technologies. This directly affected the development of cheap and effective production methods which have had a dramatic effect on many companies and organizations. Consequently, it has given them the opportunity to access many resources.

As a result of globalization, relations between companies grew in terms of sharing production techniques, applied organizational models and the implementation of employment policies. In this regard, different geographies and different production areas of global companies along with their unique organization, philosophies and cultures come together, and with synergy, create a better world.

North American and European countries employ outsourcing in populous countries. If there is an increase in population, manufacturing prices directly decrease. A cheap labor force is the most important factor in international outsourcing. Following this, technological and political dimensions come second. When we look at top outsourcing countries we find India, Indonesia, Estonia, Singapore and China. Beyond the borders of those countries that receive outsourced enterprises, we can see that the outsourcing countries are experiencing a decline in employment rates in the labor market. However, for receiving countries such as India, Malaysia, China et cetera, the demand for cheap labor in the labor market shows an upward trend. In general, outsourcing creates new employment opportunities. In the countries that receive outsourced enterprises opportunities are becoming more plentiful, whereas developed countries are experiencing increasing unemployment rates.

For years, people have talked about the U.S. and China's economies. Multinational corporations represent the dominant providers in China's high-end market and U.S. multinational companies often choose China as the location of their manufacturing operations. There are several reasons for this. First of all, labor costs are cheaper in China when compared to the U.S. or Europe. Secondly, when manufacturing is undergone in a certain country, it is much easier to gain access to that domestic market. In addition, upon gaining access to the Chinese market, Asian markets also become more accessible. Third, raw materials in China are cheaper and its supply chain and logistical are easier than in the U.S., all of which drive down operating expenses.

Furthermore, its high population has become a problem for China. This is because when the population increases wages will decrease. Conversely, Apple is an American brand that does not produce many of its products in the U.S.; they use outsourcing and Foxconn to manufacture in China. Apple globally outsources its manufacturing activities because they want to decrease costs, especially labor costs. Another reason is that Apple uses a large amount of glass for device displays which is much cheaper and easier to manufacture in China.

Outsourcing benefits corporations by cutting costs, increasing their profits and product quality. On the other hand, workers have shown displeasure at the deteriorating standard of working conditions. Often, they work many hours and receive low wages, especially in the manufacturing sector. Many factories in China do not provide good working conditions and they do not abide by standards like the U.S. and others. Also, the methods and principles of regulation regarding workers' health and safety are not the same in China, due to different land and labor laws. Apple originates in Cupertino, California in the U.S., where they employ strict rules for workers and working conditions. Outsourcing their employee base abroad means employment for the same company but these employees do not have same rights.

In recent years, unemployment rates have increased in the U.S. and President Barack Obama made a provision which called for jobs outsourced to China to return to the U.S. The forum is entitled "Insourcing American Jobs." Obama stresses the importance of products bearing the label "Made in America" for the next generation, because the U.S. government wants to guarantee wealth for its future generations. Obama's message to business leaders today is simple: "Ask yourselves what you can do to bring jobs back to the country that made our success possible." If the U.S. cannot stop outsourcing, it will result in a loss of more jobs. The White House has been encouraging American multinational companies to reinvest in manufacturing activities at home.