Unity within diversity: the issue of immigrant integration in Europe 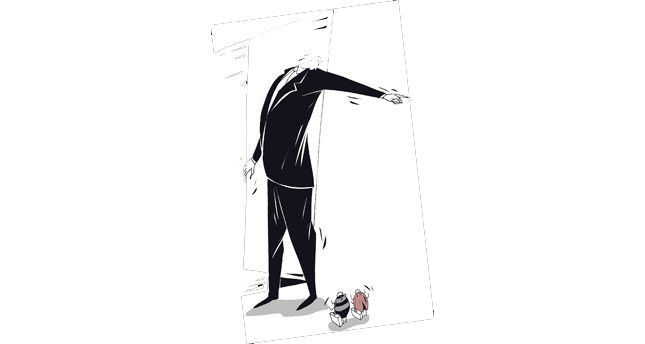 by Gülay U. Göksel Jun 17, 2014 12:00 am
The recent European parliamentary election revealed that insurgent parties are dangerously on the rise. Even though the political agendas of these parties do not overlap immensely, their attitude towards immigration is concerted. Most EU commentators agree that the growing electoral power of far right parties on both national and EU level elections emanates from the way these parties politicize immigration as a threat to European cultures, their social cohesion, national security and economy. These parties promise their voters that they will either eliminate or significantly reduce incoming immigration flows and implement assimilationist post-immigration policies to preserve European culture and its dedication to liberal values. Indeed, this recent victory of the far right can be taken as an absolute confirmation of the red flag raised for the multicultural policies as a policy option for the integration of immigrants throughout Europe.

Even though multiculturalism was celebrated as the major policy goal and taken as the faithful companion of neo-liberal economic policies and globalization after the 1970s, it is now considered a major policy failure, which has created marginalized groups that threaten the integrity and stability of European societies. In theory, multicultural state programs and regulations are supposed to provide fair conditions for immigrants to participate in the host society by recognizing their cultural differences. Thus, the end goal of multiculturalism has always been integration not segregation. However, for the last 15 years or so, we have been witnessing the decline of the popularity of multiculturalism in Europe, as the multicultural promise of creating unity within diversity turns out to be an empty one in the face of perceived or real ethnic threats in Europe.

Today, most European leaders agree that tolerating cultural differences has led to the marginalization and radicalization of immigrants. This is, for many, commonsensical. After a decade of experimenting with multiculturalism, the majority of Muslim immigrants still do not look, speak or in general live like nationals in the host society. The unwavering belief that many immigrant cultural and religious values are irreconcilable with Western liberal values hardened, especially after the Salman Rushdie affair and the Danish cartoon affair. The fear is that specifically Muslim immigrant cultures could breed hatred for Western liberal values and – if not stopped – eventually preclude Western value structures. In this sense, the discourse of national security has also been at the forefront, especially after 9/11 and the 2005 London metro bombings.

Universally valued liberal rights are in jeopardy. The enemies of national security live within society. The force binding society is weakening. Within this framework, long before the far right parties gained the upper hand in the European election race, European leaders concerted a backlash against multiculturalism.

Three years ago, at a security conference in Munich, David Cameron declared that multiculturalism had failed. He continued: "We have failed to provide a vision of society to which they [immigrants] feel they want to belong. We have even tolerated these segregated communities behaving in ways that run counter to our values." Even before Cameron, in 2010, in a meeting of her Christian Democratic Union Party in Potsdam, Angela Merkel admitted "that attempts to build a multicultural society in Germany have utterly failed" and demanded that the integration of immigrants should be measured by the level of their adaptation to Germany's culture and values.

Thus we can say that the recent victory of far right parties has sealed and stamped the post mortem report on multicultural policies. However, this revelation brings alarming questions with it. Is it impossible for Muslim immigrants and Europeans to live together? If it is, what is the alternative? Complete segregation? Deportation? Assimilation? After multiculturalism, Europe's new solution is Liberal Integration.

It seems that European leaders are asking their Muslim immigrants to assimilate into the liberal value structure of European civilization. They want to set the record straight. Multiculturalism failed because it allows illiberal values to flourish. Now, they simply would like their immigrants to accept the moral superiority of secular liberalism, namely freedom, equality and religious neutrality in the public space. Take for example the film "Naar Nederland" (Coming to the Netherlands), which is designed to help family unification applicants take the Dutch Civic Integration Exam Abroad. In this film, Muslim immigrants to Netherlands are firmly warned against the limits of freedom that they can enjoy once they are settled down. They especially put emphasis on how honor killings or female circumcision are crimes and will not be tolerated by the Dutch state. Gender equality and freedom of expression are presented as absolute values that everyone should abide by.

Even though all of these demands may sound reasonable at first glance, the employment of universal and abstract notions of freedom and equality in immigration discourse always carries the danger of exclusion and radicalization within itself. It looks like Dutch society gives the gift of real freedom by mandating their immigrants to embrace universal liberal values. This civilizing mission towards immigrants puts the assimilation rhetoric dangerously close to the level that universally accepted but highly abstract norms of freedom and equality occupy. It reintroduces assimilation as a necessary condition to know what free choice really would mean for the immigrant once she escapes the clenches of her traditionally rigid cultural and religious values. However, I think that turning multicultural discourse upside down will not make current perceived or real ethnic threats go away. The binary understanding of immigrant cultures and taking the immigrant integration process as a one-way street are the basic problems that European policy makers should start thinking about.

I believe that the liberal/illiberal dichotomy fuels the stereotypical understanding of immigrant cultures and places the issue of immigrant integration into an identity box. The policy games over immigration have always been played within an absolute understanding of what immigrant culture is and always will be. In his latest article in the Guardian, Hanif Kureishi wonderfully explains the symbolic meaning of the immigrant problem in the aftermath of the victory of the extreme right in European elections:

"The immigrant has become a contemporary passion in Europe, the vacant point around which ideals clash.… Resembling a zombie in a video game, he is impossible to kill or finally eliminate. … One thing is certain about him: He will not only rob you of your wealth and social position, he will be monstrous and obscene in his pleasures."

The dichotomy present in immigration discourse puts immigrants in a position in which they have to prove that they are indeed liberals not zombies. It also gives Europe the ultimate power to define and interpret the meaning of constitutional freedoms in the absence of immigrants and to decide whether the immigrant subject is liberal enough to become a part of society. According to this view, if an immigrant fails to integrate, it does not mean that the state or the host society has failed to recognize the immigrant in her difference, but that she has failed to respect the liberal values of her host country. This does not only give Europe an unapologetic dominance in the particular interpretation of the universal values of freedom and equality but also diverts our attention from real economic and social problems that immigrants are suffering from.

I think that it is time for some soul searching. In today's Europe, immigrants are racialized and immigrant labor is exploited. Europe has to question its own liberal understanding and the place of diversity within its territory. Rather than relentlessly questioning the incommensurability of cultural values of immigrants with liberalism, Europeans should provide free and equal spaces for their immigrants to participate in society without feeling shame about who they really are. This requires serious reinterpretation of the meaning of merit-based achievement, liberal civilization and the possibility of equality within diversity.

Europe also has to accept the fact that integration is a two way street, and there is no way around it. Immigrants are in Europe for good reasons. The future of European economic and demographic wellbeing depends on its immigrants. Unlike the common understanding, there is not a single scientific study that proves that immigrants are extensively using welfare programs or increasing unemployment levels in their host country. However, political parties that are scapegoating immigrants for these problems are gaining political power in Europe. The European public should be educated against false presuppositions about the negative consequences of immigration flow instead of being politicized on these imagined grievances by racist and populist parties.

Finally, in order to provide a just integration order, Europe should also be focusing on the socio-economic problems of immigrants. Integration is not just cultural, as multiculturalist or assimilationist discourses would want us to believe. Integration is also economic. Discrimination and the exploitation of immigrant labor in the workplace should also be put under strict scrutiny. Liberal ideals of freedom and equality should start in the workplace.