Different scenarios for Iraq and the future of the KRG 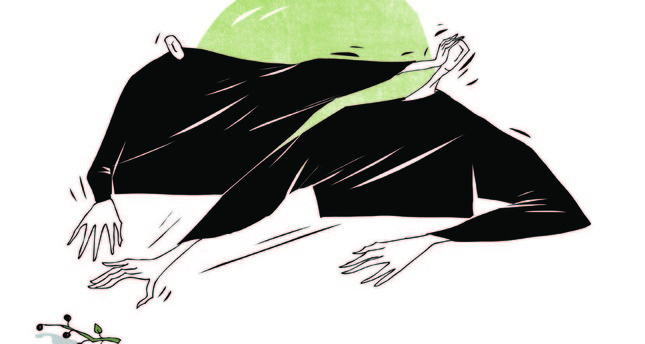 by Yunus Akbaba Jun 27, 2014 12:00 am
"Wars lead to redistribution of the cards" is a well-known expression in international relations theory. In every possible scenario, whether one state is victorious over the other or even if they are unable to defeat each other, the map of power hierarchy is redrawn. In Indian-American international relations expert Parag Khanna's words, wars are the zeroing button of geopolitics. A similar approach can easily be applied to intra-state wars as in the case of the recent crisis in Iraq. Due to the kaleidoscope of problems that plays out in Iraq, we are also witness to a redistribution of the geopolitical deck of cards in the Middle East.

The 2003 U.S. invasion constitutes a turning point in the perception of Iraq's present-day dynamics. Having ruled the country for nearly a quarter century, Saddam Hussein had somehow managed to keep this inorganically formed state intact – both through oppression policies toward Kurds and Shiite communities. After the invasion, each sectarian and ethnic community started to put up a fight for their own community rather than for the sake and integrity of Iraq. Although Kurdish units successfully exercised this opportunity, Sunni groups had to carry the burden and legacy that Saddam Hussein had left to Sunni communities. The ruling of the country was left to Shiite and Kurdish groups, leaving Sunnis mostly neglected and excluded from the center. Therefore, what we witness today is a neutral flashback of social forces in Iraq: the Mosul-Kirkuk centered Kurdish region, Baghdad centered Sunni territory and finally the Shia majority in the Basra region.

They are also three different federal/autonomous Ottoman provinces from the 17th to 20th century. Iraq on the Edge of a Breakdown
Since 2003, there has not been one single day without brutal, bloody assaults in Iraq. Even the ceaseless bombings that caused 50-60 deaths a day were not considered newsworthy. In such an atmosphere, desensitized Iraqis were on the edge of a breakdown. If these dynamics are not taken into consideration, the rise of the Islamic State of Iraq and al-Sham (ISIS) in Iraq cannot be understood. Indeed, it is not only the U.S. invasion and local dynamics that ushered in the present crisis in Iraq. The unending civil war in Syria along with the Russian, Chinese and Iranian support of the Assad regime also strengthened the Iraqi Shiite camp's confidence. It simply resulted in Iraqi Prime Minister Nouri al-Maliki's expansion of power across the country. This concentration of power also rendered the Iraqi Kurdistan Regional Government (KRG) as a relatively more visible and legitimate actor in reaction to the Iraqi government.

Century-old suppressed Kurdish populations straddling four nation-states – namely Turkey, Iraq, Syria and Iran – have enjoyed a sort of autonomy beginning in 1991. Their co-operation with the U.S. during the invasion of Iraq in 2003 increased this autonomy. Since then, the KRG initiated building the road to independence. Specific social situations in Iraq also facilitated this plan in Iraq. What keeps Turkish and Kurdish people together despite a bloody, 30-year conflict between the Turkish state and the PKK is the historically and socially intertwined nature of the two ethnic groups, which is not the case in Iraq. In order to maintain their ethnically distinguishable characteristics, Kurds in Iraq do not speak Arabic and do not want to visit Baghdad. Moreover, for more than a decade, the KRG has been gathering political, economic, and institutional experience in order to transform their lands from a 'quasi state' to an independent state. The only geographical obstacle or missing piece for the KRG was the oil-rich city of Kirkuk where a severe Arabization process was initiated under the Saddam regime.

However, Kurds never gave up their claims to Kirkuk – they asked for referendums, but the Iraqi central government always found a way to postpone this crucial step for cementing the future of Kurdistan. Recently, after ISIS's continued offensive toward Baghdad and the Iraqi army's abandonment of their posts in the northern territories, Kurdish forces managed to take control of all their disputed territories in parts of Nineveh and Kirkuk. In other words, the power vacuum enabled the Kurds to expand their territorial claims in Iraq. Kurdish forces provide residents with security, protecting them from the atrocities committed by ISIS militants while also attempting to implement their agenda in the region.

Some view this move as a harbinger of an independent Kurdistan. In order to maintain their gains, the KRG is practicing a cautious balancing act of diplomacy with the Iraqi central government and Sunni Arab communities in order not to be directly targeted by ISIS forces and to sustain their control of Kirkuk. Yerevan Saeed claims that "the current situation in Iraq is very similar to that of 2003, in term of the total collapse of the Iraqi army and the Kurdish takeover of exactly the same areas they took last week." However, it was the U.S. and Turkish governments' pressure that resulted in the previous withdrawal of Kurdish forces. Recently, considering the absence of the U.S. army in Iraq, Massoud Barzani, president of the KRG, has a strong relationship with Turkish Prime Minister Recep Tayyip Erdoğan who also opposes the Maliki government. This relationship was strengthened further after Barzani's support of the ongoing Turkish Kurdish peace process and the energy agreements between the KRG and Turkey.

Due to these developments, the KRG's declaration of independence is little more than a procedural process. Despite all the political, linguistic and tribal differences within the KRG, they find a common ground in the ideal of an "independent Kurdish state". Plus, the rise of radical elements in the region renders the KRG a reliable and stable actor for the future of the Middle East on behalf of the Western powers that will aid in bringing about international recognition if independence is achieved. On the other hand, the KRG will not begin such an initiative as long as ISIS forces maintain their positions in Iraq due to the fact that the irremediable condition of the Iraqi government serves to their benefit. Similar debates took place in Syria when the dominant Kurdish group, Democratic Union Party (PYD) attempted a sort of independence and declared their cantons in Syria. Even the KRG explicitly distanced itself from this sudden development. In any case however, Kurdish armed forces in Iraq will not leave Kirkuk and other disputed territories as effortlessly as they captured them.

The possible future scenarios are not unpredictable in Iraq. The recent situation is neither sustainable nor embraced in the region. The most debated and accepted views are focused on the partition of the country into three autonomous or independent units. In this scenario, there will be a Sunni territory in which ISIS could transform into a political actor as in the case of the Taliban in Afghanistan or Hamas in Palestine. If ISIS manages to mold their administration around the existing social structure rather than implementing their own political agenda, they may easily transform into a political actor in the Sunni territory. In this case, the KRG will inevitably have to consider them as a fellow actors in the region and will need to start negotiations with particular respect to the lands rich in oil. Indeed, it would not be surprising if the KRG and Sunni alliance find common ground against the Maliki government.

The second option is less attainable. If the Iraqi central government is able to defeat ISIS and other Sunni groups with international support, Maliki will rise like a phoenix out of the ashes which will enable him to gain more power with an increasingly centralized government. The KRG will never accept this scenario. Recently, the KRG is still observing the chaos and attempting to use the crisis for its benefit. The international community should be prepared to accept the KRG as a new regional actor at the point when the crisis in has settled down.

The turbulent and unstable state of the Middle East invites us to reconsider every possible option in order to reach longstanding stability and cooperation. The region's maps, ideas and century-old status quo are in question – the last necessary step is to overcome narrow-mindedness and ethnic and sectarian arrogance.