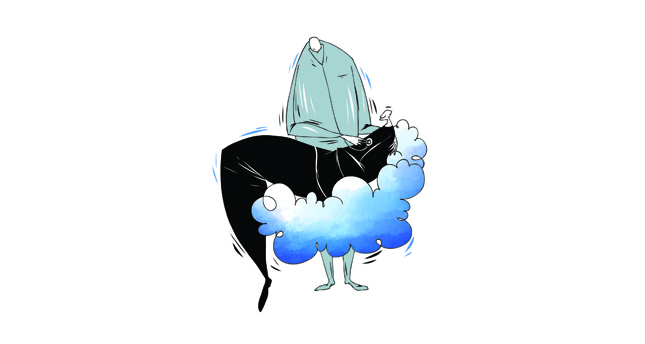 The AK Party government is gaining votes from large cohorts that are highly satisfied with Turkey’s welfare services. Cheap and accessible healthcare, giving patients the chance to choose their services, unification and renovation of public hospitals, application of family practitioners, expansion of healthcare services covered by social insurance and increasing accessibility for all to get the best treatment from private hospitals

Turkey's political, economic and social landscape has changed in tremendous ways in the last twelve years. The Justice and Development Party (AK Party) government has remade Turkey's third-world style politics that were dominated by the army with policies aiming at toward normalization and democratization of politics. The power balance between bureaucrats and politicians has broken in favor of elected representatives. The political problems that once were taboo have become possible to be discussed in the public arena – e.g., the Armenian incident in 1915 and the Kurdish problem.

The economy has also changed in many ways. According to the Organisation for Economic Co-operation and Development (OECD) data, Turkey's GDP per capita has climbed from $8,217 (TL 17,409.77) in 2002, to $18,114 (TL 38,379) by 2012 with current PPP's, with an average 5 percent annual increase. Turkey has shown the second best performance in GDP growth among emerging economies in this era, following China. The Great Recession of 2008 has tested the strength of Turkey's financial system, which can hardly be defined a failure.

These political and economic changes correlated with the social and cultural changes that were affecting the very core of society. Both the political center and the social center was transformed and diversified. Analysts point out that Turkey's religious groups modernized and integrated into society to a greater extent in this era. Some define this whole process as a "silent revolution" in Turkey. Regardless of the commentators political position, it is undeniable that Turkey is far different from where it was 12 years ago.

There is an aspect of this "silent revolution" that has not been evaluated or discussed sufficiently in either political or academic arena. It is the change of and continuity in Turkey's welfare regime through the AK Party era.

Turkey is considered along classical lines as being among the Mediterranean family of welfare states. The main characteristics of this regime type are an immature welfare system, mainly pay-as-you-go social insurance schemes, family-friendly policies and the poor capacity of the state for implementation.

Although this vague classification consists of many diverse countries, it's worth discussing whether Turkey's welfare regime can still be defined as being within this classical consideration – how and what has changed in Turkey's welfare policies within the last decade?

Some researchers criticize the AK Party's social policies for harming the principle of the "social state." These critics are concerned with the transformation of welfare services into the notions of giving charity and alms rather than welfare services being regarded as a constitutional right for everyone. Some of these critics combine their objection to neo-liberal policies (such as the expansion of the private provision in healthcare services) with the former critics' argument.

These analyses have a limited value and are not comprehensive enough to grasp the real changes in Turkey's social policies in this multi-dimensional era. They are incapable of explaining why large cohorts of voters are satisfied with these social policies and of investigating whether Turkey still fits into the existing regime typology of comparative social policy studies.

Expansion of services and coverage

In the last decade, Turkey's welfare system had marked changes with a significant expansion of coverage in social insurance and social assistance systems and diversification of services. Contracting out healthcare and welfare services, giving choice to the recipients and separation of funding from the provisions defines the main developments in this era.

The 2002 Health Transformation Program managed to extensively transform Turkey's healthcare system. According to Eurostat, a directorate-general of the European Commission, per capita healthcare expenditures has increased from $184 (TL 389.77) in 2002 to $740 (TL 1567.54) by 2013. Today, Turkey's healthcare model is now mentioned in literature as progressing "from laggard to leader in healthcare services." As a result of the increase in accessibility to qualified healthcare professionals and the decrease in mortality rates, Turkey's average life expectancy at birth rose to 79.2 for women and 74.7 for men by 2013.

Another significant change occurred by means of social security reform. Disparate social insurance institutions have unified into the unified Social Security Institution (SSI). With the 2006 Social Security Act No: 5510, welfare services that are within coverage has significantly widened and social insurance schemes have been combined. This reform has strengthened the social security budget's actuarial management and brought it closer to financial sustainability. SSI has stopped providing healthcare services directly and started to fund outsourced services. Turkey has been implementing the General Health Insurance (GHI) scheme since 2012, which shows great similarities both with the Beveridge model of the U.K.'s National Health Service and recent Affordable Care Act in the U.S.

As a direct result of these social security reforms, 63 million people (82 percent of the population) are covered under the social security umbrella in Turkey today, compared with 68 percent in 2003.

Another serious resemblance exists between the AK Party's welfare policies and the Third Way policies of Labour governments in the U.K.
Professor Julian Le Grand of the London School of Economics, in his highly regarded study "The Other Invisible Hand," emphasizes that giving choice (the right to choose a welfare provider such as a doctor, hospital, school etc.) and voice (to provide channels for welfare recipients to make their complaints and give feedback) to the people will improve the quality of services and user satisfaction.

Although not expressly implied in their policy proposals, the AK Party largely implemented these social service principles. People were given the chance to choose their family practitioners as well as their hospitals. Feedback channels like CALL 170 Labor and Social Security Communication Line, CALL 184 Ministry of Health Communication Line, Call 182 (Central Hospital Appointment Line) and BİMER (Prime Ministry Communication Line) – all free of charge – have created channels for voice.

Polls show that the AK Party government is gaining in their share of the vote from large groups of people that are highly satisfied with their welfare services. Cheap and accessible healthcare, giving the patient the chance to choose services, unification and renovation of public hospitals, application of family practitioners, expansion of healthcare services covered by social insurance (such as dental care, eye care and almost all chronic diseases) and making it accessible for all to get the best treatment from private hospitals are particularly affecting voting preferences of the most vulnerable sections of society.

Reforms vs. challenges ahead

On the other hand, for balancing the discussion, it has to be admitted that serious deficits still exist in Turkey's welfare model. Women's participation in the labor force is the worst among OECD countries, at approximately 30 percent. Senior citizens' participation in the labor force is also quite low. Despite the steady decline in the informal employment rate, still 33 percent of the workforce is unregistered. This problem is even worse in the agricultural sector, with the rate of informal workers at 80 percent. Turkey has serious implementation problems in the area of occupational health and safety with almost 70,00o occupational injuries annually (approx. 2,000 of them fatal), which is the worst among OECD countries.

These deficits correlate with the awaiting demographic changes. In 2012, for the first time in the Republic's history, median age has risen over 30. Although it is still too early for alarm, Turkey is heading toward being an ageing society in a couple of decades.

Most of these are the structural problems of the country. For testing its model in the long run, Turkey's welfare regime has to cope with these coming challenges.

In the last 12 years, Turkey has gone through a historic era regarding social policies. Extension of coverage, application of voice and choice principles, the separation of welfare provisions from funding, strengthening actuarial management of the social policy budget, and finally, family-friendly policy tools are the main characteristics of this transformation. The AK Party has gained significant electoral support as a direct result of its social policy reforms that surveys show as having a high user satisfaction. Although this is a reform process troubled with fluctuations and structural problems, it still can be considered a "silent revolution" in welfare policies.