The Kurdish peace process: From tactical contact to strategic partnership 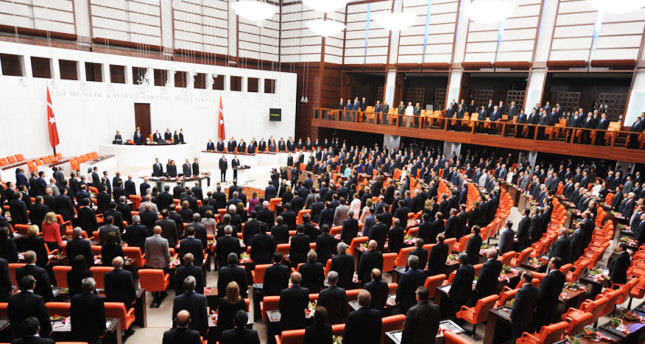 by Kurtuluş Tayiz Jul 11, 2014 12:00 am
Last week, while civil war continued to haunt Syria and Iraq, the Turkish government has taken the peace talks between the National Intelligence Agency (MİT) and the PKK leadership, which seek to put out the fire of violence in the country, to a new stage.

This development, obviously, did not mark an unexpected turn of events for close observers of the situation, but the government caught others who have been prophecizing for the past 20 months that "any minute now, the talks will end and guns again will do the talking" by complete surprise. The AK Party government introduced a bill in Parliament to establish the legal framework for direct talks with PKK leader Abdullah Öcalan, who is currently serving a life sentence on İmralı Island off the coast of Bursa.

Surely enough, had the parties failed to make progress on the Kurdish peace process, it would have been impossible for the government to take this step.

When the peace process in Turkey began two years ago and brought acts of violence to an abrupt end, the talks were plagued by a lack of trust on both sides, who ruan away from the negotiations at the smallest provocation. Both government officials and the PKK leadership were rather sensitive to provocations and misinformation from third parties, each negative news story had immediate repercussions.

During the course of talks, however, both sides found ample opportunities to test each other's resolve, as prejudice gradually gave way to confidence. Resistance to the prospect of peace, ironically, brought them closer together. A group of Prime Minister Recep Tayyip Erdoğan's opponents resorted to various means in an attempt to derail and discredit the peace process. Their advocacy of the status quo in the face of a promising effort motivated the government and the Kurdish political movement's representatives, both of whom are intent on reforming the political system, to cooperate more closely. As such, the once-tactical contact evolved into strategic partnership.

The AK Party, which enjoyed support from Turkish and Kurdish conservatives, and the Peoples' Democratic Party (HDP), the main representative of secular Kurds, discovered ever-growing overlaps between their policies toward the country's fundamental problems. Meanwhile, Turkey's long-term partnership with the Kurdistan Regional Government (KRG) quickly began paying dividends and further encouraged the AK Party to engage the country's Kurdish population.

The AK Party-sponsored bill thus appears to have put Turkey on an irreversible track. After all, the government managed to steer clear of civil war, terrorism and acts of violence thanks to this step - which showed cynics that there can be no turning back after the latest maneuver. Such an encouragement alone represents a step forward for the peace process. Closing a bloody chapter and silencing the guns through dialogue mark a once-unimaginable development for the people of Turkey, who had their fair share of failed attempts in this area. Earlier efforts had resulted in misery as a reversal entailed an even more intense wave of violence. Both sides, therefore, were initially pessimistic about the prospect of peace. In the past, a provocative attack, a loose cannon or even a slip of the tongue was able to prevent years of peace efforts from bearing fruit. Time and again, a mighty anti-dialogue front, which manipulated the news and thereby misguided the people, sent the country back to square one.

This time, however, was different:

Both the government and the Kurish political movement managed to overcome a number of provocative acts over the past two years and turned over a new leaf in the country's history.

The government's most recent legislative effort received a warm welcome from the Kurdish political movement, as Abdullah Öcalan described the bill as "a historic development." To be clear, the fact that the talks with the government assume a political character promises to provide them with the sense of legitimacy which the PKK leadership long desired.

This ever-closer cooperation between the AK Party, whom Turkish and Kurdish conservatives support, and the Kurdish political movement with its secular base benefits both parties to shape the country's future years as well as serve as a trump card in the Middle East. As soon as Parliament passes the legislation, the PKK's armed struggle in Turkey will come to an end, since the PKK/KCK will form a political party to participate in parliamentary politics and the militants will return to their homes. The authorities have almost completed the preparations to facilitate the end of violence. Traditionally, Leftist literature has identified violence and coercion as the main source of historic change. The peace process, however, proved that peace, not violence, is the driving force behind history. Peace alone will set the country free and allow Turks and Kurds to build a new and better future together. The peace talks between the two groups could serve as a great model for the Middle East, which remains in the midst of complete bedlam fueled by ethnic and sectarian violence - a peaceful and democratic model which would allow individual countries to rely on their own opportunities and power to address their problems without outside interference.

Turkey's remarkable success in resolving its greatest, deepest-running issue has no doubt caught Prime Minister Erdoğan's opponents by surprise. Surely enough, the anti-Erdoğan camp did not predict such a move. Engaging in talks with the PKK, a violent organization with a long history of horrible terror attacks, and to put legal safeguards in place through an act of Parliament, after all, represents a bold and admittedly risky political move. In clearer terms, what the opposition deemed to be a risky move has open a new domain with serious potential for Erdoğan.

Leadership, it would seem, boils down to crucial moments like this. And no politician could possibly claim leadership over the nation short of a successful strategy to resolve the country's most pressing issues including the Kurdish question. Erdoğan brushed aside the widely-shared understanding among opposition ranks that the Kurdish question was "a major issue," "a serious problem" and "a risky situation." He understood that what did not kill him would make him stronger. As such, he opted to rise to the oppositions' challenges instead of backing down and taking cover. Initiating talks with the PKK and introducing a bill to turn the negotiations into a political matter, Erdoğan made sure all doors were wide open before him in his campaign to change the country's old ways and run for president. Ahead of the first round of the presidential vote on August 10, where the Prime Minister will participate as the peacemaker that ended violence and saved young lives as well as the candidate for new Turkey, Erdoğan's willingness to confront challenges from the bureaucracy, his eagerness to stand his ground, and pledge to never surrender have already given him a head start. It was quite obvious that the Kurdish peace process promised to reshape the Turkish state and the entire political system, and therefore would pave the way for the old guard's challenges to the government policies.

None, however, could imagine that the challenge would manifest itself in the form of the Dec. 17 operations, where the judiciary led the charge against Erdoğan and his administration. After all, the old guard could not easily handle an anti-establishment party and its leadership turning the tables on them. In turn, Erdoğan refusing to bow down to the powers-thatbe led to a crucial victory in the local elections on March 30, 2014 - which, by extension, meant a victory in the upcoming presidential election. The situation is so dire that opposition parties devised a campaign strategy to prevent Erdoğan winning in the first round. As such, their game plan merely aims at delaying the Prime Minister's election victory for another two weeks until the second round on Aug. 24. This alone attests to the fact that victory was won in the local elections three months ago.