Cybersecurity measures of the United States and NATO 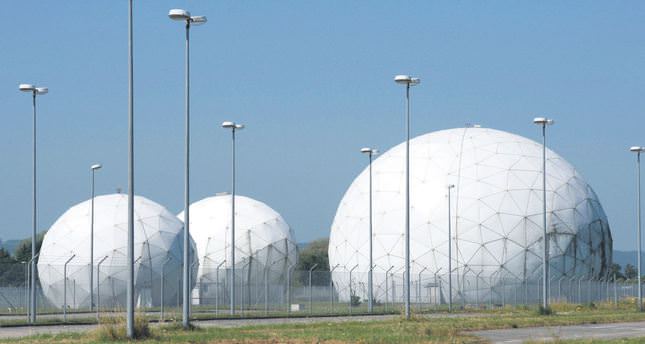 The rapid increase in Internet access around the globe, coupled with a series of recent incidents, resulted in the emergence of cybersecurity as a priority for the U.S. government and other NATO members

Constant technical improvements in today's world have made human beings more dependent on technology and its tools. Since the first bit of data was transmitted over the Internet in 1969, the speed of it has increased incrementally.

People who maintain their lives in different parts of the world have never been this close to each other. Today, there are over 2.4 billion people who have Internet access, more than 1.2 billion Facebook users, and around 650 million Twitter users.

And the numbers have been growing. According to the Boston Consulting Group, the Internet economy accounted for 4.1 percent (about 2.3 trillion) of GDP in the G-20 countries in 2010 (2012).

One reason that companies doing business over the Internet are growing so fast is because of the lack of excessive regulatory control over the Internet. As Marvin Ammori, a Fellow at the New America Foundation, discusses in his latest article in the Foreign Affairs Magazine, "net neutrality… has been a major contributor to the success of the Internet economy."

In the meantime, countries tend to begin overseeing the Internet World because digital threats have become more serious. As President Obama states in his 2009 speech on cyber security, "we depend on the cyber world every single day… and the worldwide web makes us more interconnected than at any other time in the history."

The Los Angeles Times claims that cyber-attacks are a more dangerous threat to U.S. "Cyber Soil" than any terrorist organization since Sept. 11. Cyberattacks are diversified in six main areas such as control systems, energy, finance, telecommunications, transportation, and water which are the fundamentals of the modern world.

What is the "Cyberspace?"

As Former NSA Head General Alexander also stated in his Wilson Center talk in October 2012; "…the face of cyber events has changed in last 10 years from exploitation to disruption [we are now in this] and finally the attacks will be resulted in physical destruction." An attack to the cyber eco system will have the real world consequences. For example, a cyberattack caused to shut down the nuclear facilities in Japan. Since we have seen no physical destruction or attacks against national sovereignty, the health of the cyber eco system may not be taken seriously by some countries. The U.S. government seems more prepared against cyber threats, because the nation's Fortune 500 companies and government agencies have been under attack for a long time.

According to the tech website Whatls. com, "Cybersecurity is the body of technologies, processes and practices designed to protect networks, computers, programs and data from attack, damaged or unauthorized access." One other description by Ready.Gov which is one of the United States Federal Emergency Management Agency's (FEMA) websites; "Cyber security involves protecting that infrastructure by preventing, detecting, and responding to cyber incidents." The cost of the cybercrimes calculated between 2008 and 2009 was $8 billion in the U.S.

The National Security Agency (NSA) of the U.S. is responsible for collecting data from the communications of people at home and abroad. The budget of the agency is around $11 billion according to The Washington Post. The head of NSA is also the U.S. Cyber Commander and the agency was not allowed to operate domestically when it was first established. The decisions made by the agency were overseen by the Foreign Intelligence Surveillance Court which was established by the 1978 Foreign Intelligence Surveillance Act (FISA). Recent leaks by the former NSA contractor Edward Snowden exhibit that the agency has gone far beyond its mandate by spying on the U.S. allies. Some argue that the NSA's activities have helped to prevent potential terrorist threats in the U.S. since 9/11. Moreover, by tapping information from the communication networks of foreign leaders has helped the U.S. policymakers strengthen their positions.

Cyberattacks can either be coming directly from states or individuals. For instance, Estonia as an Eastern Europe country and former Russian mandate was attacked in 2007 by Russia. Georgia was attacked both digitally and physically in 2008 by Russia as well. South Korea was attacked by North Korea according to The New York Times. As results of the attack, computer networks of the three major South Korean banks and the country's two largest broadcasters were paralyzed.

Some experts tend to use the term "Cyber Warfare." Some have already gone further to speak about "Cyber Disarmament."

Despite the existence of cyber threats, countries tend not to take such threats seriously. The international law of Cyber Warfare is described in the "Talinn Manual."

NATO's awareness on this issue has increased with the 2007 Estonia attacks. As a NATO member, Estonia called on the alliance to help them to protect from cyberattacks by applying NATO's famous article 5 which refers to the collective defense. This was the first time article 5 was applied by a NATO member in for protection against cyberattacks.

The Department of Homeland Security is the main responsible agency for "protecting the nation's critical infrastructure from physical and cyber threats" (DHS Mission). The Cyber Security Structure of the U.S. seems to be more of a civilian administration unlike the NATO. The Military Pact was established in 1949 to protect its member states from external threats. In the digitalized age, threats are not only physical but also digital. The Center of Excellence on Cyber Defense of the NATO was established in Estonia in 2008. The Center is not yet a commandership.

According to the NATO organizational chart, Centers of Excellences (COEs) are nationally or multi-nationally funded institutions that train and educate leaders and specialists from NATO member and partner countries, assist in doctrine development, identify lessons learned, improve interoperability, and capabilities and test and validate concepts through experimentation.

Cooperative Cyber Defense of Excellence Center (CCD COE) is one of the 21 accredited centers within the NATO's organizational chart.

Constant technological improvements have changed the face of modern warfare since World War II. Although some countries seem more prepared for threats that come from the cyberworld, others tend to secure themselves over the military pacts. Nevertheless, the NSA case clearly demonstrates that countries should secure themselves by developing their own technologies.

*MPA, Independent Researcher based in the U.S.