When Egypt becomes part of the problem 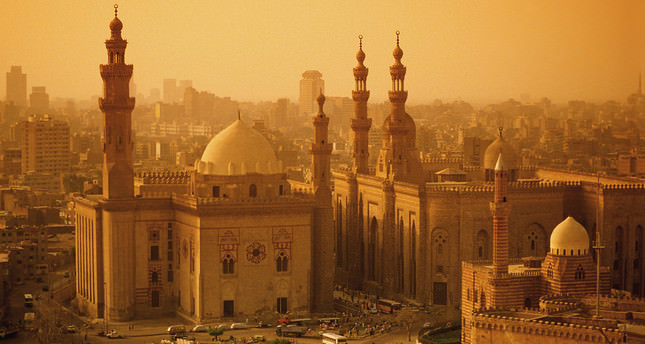 by Abdel-Rahman Islam Jul 17, 2014 12:00 am
Whenever crises take place in the Middle East, eyes of the regional actors and countries start to look toward Egypt, or that is what the case used to be. It is different this time after the news came out that Hamas is ruling out Egypt as a possible negotiator for ceasefire, according to Middle East Eye, despite the increased direction of the international community to call for a more active Egyptian role in diffusing the situation, seen in Tony Blair's visit to Cairo and statements from William Hague, the U.K. Foreign Minister.

The decision taken by Hamas was not a surprise in the light of the stances taken by the new military regime in Cairo, not just during the current crisis but also since the early beginning of the military coup that ousted President Mohammed Morsi last year. The military regime in Cairo accused the Palestinian organization that it interfered in the Egyptian internal affairs and stood with the Muslim Brotherhood in their struggle against the coup regime in Cairo. This was evidenced in the hostility of the official Egyptian media toward Hamas labeling it as an enemy of the Egyptian people (it was striking to read a tweet by the vice-editor of the largest official Egyptian newspaper thanking Israeli Prime Minister Netanyahu for attacking Hamas), and the mythical prosecution accusation of the group for infiltrating Egypt during the January revolution, storming many prisons and releasing prisoners including Morsi himself. However what alienated Hamas was the Egyptian contribution to the Israeli siege over Gaza. Even before the coup took place, the Egyptian army became active in dismantling the tunnels across the borders, however the efforts of the Morsi government to ease travel across the borders gave the besieged strip a ray of light. This quickly vanished after the coup with the Rafah border almost closed every day (only partially opened for less than 20 days in 2014). Even with the humanitarian crisis the people in Gaza live during the current Israeli assault not only cutting any logistic supplies to the militant groups in Gaza but depriving the civilians from any basic supplies needed for normal lives (the military in Egypt announced they will send 500 tons of aid to the strip yet till today nothing reached Gaza from this aid). Adding to the hostility and siege was the stance of the Egyptian diplomacy which treated both sides as equals calling publically the ceasing of mutual violence without any condemnation of the Israeli bloodshed, while secretly passing threatening messages from Israel to Hamas which led the organization to consider the Egyptians as the Arabic speaking branch of the Israeli government.
The situation is much more difficult now, with the inability of the Egyptian regime to practically separate Hamas from their internal struggle with the Muslim Brotherhood, of which Hamas is considered an offshoot. There is also the realization of Hamas returning to the status quo with the current Israeli escalation meaning slow death of the Israeli-Egyptian siege over the strip. This may explain Hamas' demand for access to the external world away from the control of both the Israelis and the Egyptians.

The inability of Egypt to play a role in the current crisis either due to the lack of trust between it and Hamas or the denial of the latter to give it a negotiating role will not just affect Hamas (which considerd itself already affected by the Egyptians) but will also affect Egypt, which for decades portrayed itself as the reliable intermediary between the Arabs and the Israelis, a role that will, mostly, be played by the Qataris or the Turkish. This in turn will reduce Egyptian influence in the Israeli-Palestinian conflict and in the whole region especially after the news of Egypt offering mediation between Maliki and the Sunnis in Iraq.

The diminishing Egyptian role in the region won't be something new as it already started in the last years of Mubarak who alienated many actors in the region by allying with the American-Israeli axis. This was partially reversed after the Arab Spring that give a more reliable image of Cairo had after electing a new president. But the president was quickly ousted by a coup orchestrated by the Generals and advocated by the Israelis who, along with getting rid of any hope for democracy in Egypt, got rid of Egypt's ability to bring this bloody conflict to an end.