We Must Follow the Path of Peace and Unity 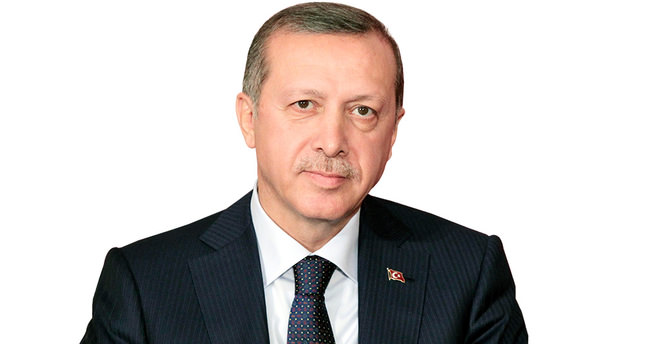 Sunnis and Shiites believe in the same creator and follow the example of his messenger, Prophet Muhammad. We have more in common than differences

Recent developments in the Muslim world have led to a heightening of tensions between Sunnis and Shias. In Iraq, Syria and elsewhere, extremists have gone so far as to kill each other in the name of Islam. Those who declare other Muslims apostates and kill them in the name of the Sunni or Shiite sects are violating the basic principles of Islam. These are acts of barbarism and must be condemned by all Sunni and Shiite Muslims.


Islam rejects extremism of all forms. It also rejects violence and terrorism. Islam teaches us moderation and urges us to be balanced and proportionate in our actions. The Quran refers to Muslims as "the community that takes the middle path" (ummatan wasatah) beyond all extremism. It urges Muslims to uphold peace, justice and equality for all.
Contrary to the claims that Islam espouses violence and extremism, Islam literally means peace. It teaches us to be at peace with ourselves, other human beings, the natural environment and God, the Creator of all beings. This peace is achieved through faith, virtue and good deeds.

This is what it means to be a believer. "Muslim" literally is one who has achieved peace through submission to God and by conforming to universal moral principles. Therefore, those who shed the blood of innocent people are violating the most fundamental principles of the Quran and the sunnah.
Sunnis and Shiites believe in the same Creator and follow the example of His messenger, Prophet Muhammad. These two sects have more in common than differences and disagreements. We all turn to the same qibla, the Kaaba, when we pray. We all believe in the same principles of justice, peace, mercy and unity. We all believe that after we die we will be resurrected and held accountable for our actions in this world.
Sunnis and Shiites have lived together for centuries. The historical and legal differences between them cannot be a ground for communal violence, extremism and terrorism. Sunni and Shiite scholars, scientists, philosophers, poets, spiritual guides, artists, traders and community leaders have worked together for the common good of humanity and contributed to Islam's great religious and cultural heritage. This heritage has been emulated by other cultures and societies and provided an example of religious and cultural pluralism and coexistence.
All Sunnis and Shiites should remember and work to revive this heritage to address their current problems today. Political, religious and community leaders should play a leading role in bringing people closer to one another and teach them the fundamental values of peace, unity and mercy as prescribed by the two holy sources of Islam. We should all stand united against extremism, violence and terrorism that violate and dishonor our religion.
The political conflicts in Syria and Iraq have already claimed the lives of tens of thousands of innocent people. We as Turkey have made every effort to bring this bloodshed to an end. We continue to support people's legitimate demands for freedom, justice and dignity. We opened our doors to more than one million Syrian refuges regardless of their religious, ethnic or sectarian background. We provide humanitarian assistance to people of different religions and sects around the world. We do this with a sense of moral and political responsibility.
It is clear that some people want to start a sectarian war in the Muslim world. They are provoking Sunni and Shiite communities in Iraq, Syria, Iran, Bahrain, Lebanon, Saudi Arabia, Yemen, Pakistan, India and elsewhere to attack each other's mosques and schools. They are manipulating social and political grievances to incite people against one another. They are using old historical differences to create modern wars.
This is a great "fitna," in other words, communal strife and chaos, and its aim is to sow the seeds of hatred and animosity among Muslims. All Sunnis and Shiites must stand against this sectarian fitna and work for peace and unity. There is no gain in any religious or sectarian fighting, except that our religion and our humanity will be lost. Sectarian conflicts will only exacerbate the existing problems of Muslim societies.
Instead of fighting against each other, Muslims need to fight against injustice, inequality, poverty, illiteracy, corruption and underdevelopment. We must turn our cities and countries into centers of learning, innovation, creativity and co-existence. We should see our differences as a source of enriching and empowering each other. We should remember why God created people differently: "O humankind! We created you from a male and female, and made you into peoples and tribes that you may know each other. Truly the most honored of you before God is the most pious of you." (49:13)
Sunni and Shiite Muslims have the spiritual and material resources to live in peace and prosperity. All of them are entitled to equal representation, economic opportunity and political participation. We must not allow social grievances and political differences to be used by extremists to create havoc and bloodshed in our countries. Regardless of their political stance, economic status or country of origin, all Sunnis and Shiites around the world must uphold the principles of peace, unity and mercy.
This is what Islam teaches us. This is what our humanity requires of us.
Last Update: Jul 19, 2014 1:31 pm
RELATED TOPICS