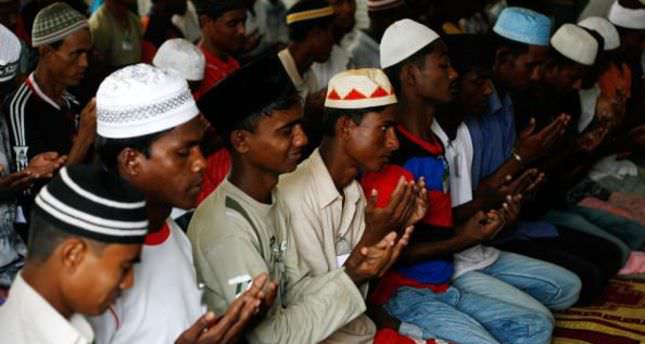 by Hilmi Gashi Aug 15, 2014 12:00 am
Should the state remain neutral with regard to religious matters? Should Muslims have the right to religious freedom – including the right to disbelief? How significant are the Turkish and Indonesian models of secular democratic governance to the transitional states of the Muslim world and Middle East? All of these questions are crucial to understanding the religion-politics relationship in the Muslim world and, more specifically, the nature of the secular democratic state as an alternative to democracy. While Muslims widely embrace democracy and religious freedom, many also want religion to play a prominent role in politics. The process of accepting politics as a separate sphere from the religion is a tortuous road. The Muslim world is confronted by a myriad challenges associated with building states and invigorating societies based on the principles of equal citizenship rights, social justice and the rule of law. The political sandstorms unleashed in recent years by "Arab Uprisings" have challenged almost every state in the Muslim world.

In fact, Islamic thought is going through an exciting phase of development. Not all of this is immediately positive, but a lot of it is, and perhaps much of it is essential as a phase of maturation. Moreover, one of the most interesting intellectual developments in this context is absolutely the discovery of politics as a new field of theory and practice. In contrast to what is assumed, this is quite a recent development. Nevertheless, while in theory Islamism promises a perfect society and is able to mobilize people on the basis of its slogan "al-islam huwa al-hall" or Islam is the solution, in practice it suffers from the weakness of populism and its simple solutions to the complex problems that modern societies suffer, which are believed to be located in the personality of the ruler, morality of the believers and adherence to God's rule.

People who believe in the strict definition of an Islamic state seek to interject their vertical relationship with God into the horizontal public spheres as a way of regulating human affairs. The whole fundamental precept of Islamist people lies in the idea of God's sovereignty. Any other forms of governments are basically human efforts to usurp the sovereignty of God by humans.The ideological rigidity often associated with this belief undermines tolerance, pluralism, and compromises all the cricial aspects of liberal democratic politics. And due to the pivatol status that Sharia occupies the economy of Islamic theological-legal discourse, "hudud" or divine punishment, has been elevated to the status of many Islamist movements. That is the main reason why there is a need for the seperation of religion from politics.

It must be stressed here that a call to establish a secular state is not similar in any way to the call for secularizing of society. A state should be secular in the sense that it is neutral to all the different religious doctrines. It does not mean the exclusion of religion from the public life of a society.

If Islam should still be seen to play a role in governance, then the main task is for it to be a guarantor of human dignity. It must ensure the physical safety of individual citizens, their rights to protect their family, the safety of their property, fairness in their profession and their full participation in civil society. The main focus should be on justice, equality and freedom.

It must be pointed out that while religion is exclusionary, democracy is inclusive in nature, egalitarian and non-discriminatory. No man can monopolize the idea of speaking on behalf of God. Only in a secular democratic state, all citizens, all believers no less than non-believers, and even believers from the various denominations, Sunni and Shiite alike, will have the same basic reason to embrace the right to religious freedom.

Like in many other countries, political transition is never easy. The road to a mature democratic state will take time and it will be rocky and filled with challenging hurdles. However, in the wake of Islamic resurgence and the growing democratic movements in North Africa and the Middle East, two dynamic modern Islamic nations – Turkey and Indonesia – may serve as a kind of "role model" for the Arab countries to model themselves on.
Both nations, with mostly Muslim populations, enjoy a political culture and class in which faith has very little direct and visible effect. In short, the coexistence model of Turkey/Indonesia is not absolute, deterministic or complete, but highly vibrant and rapidly rising towards becoming a stronger consolidated democracy.

* Political scientist from the Republic of Kosovo and holds a Laurea Magistrale in Political Science and International Relations in Italy.
Last Update: Aug 15, 2014 2:30 am
RELATED TOPICS