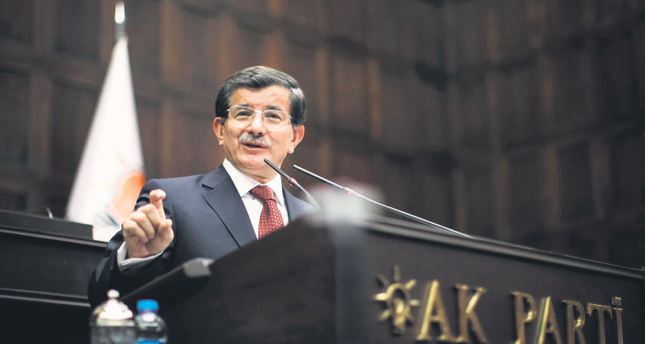 The term 'Second Republic' reflects Turkey's expected identity that the current transition period is set to produce. In this new era, the Turkish nation expects the promises of the AK Party government to be fulfilled

The Republic of Turkey is in the intense phase of transition driven by emerging socio-economic, political and international factors. Transition is quite a natural process in which the state takes its direction toward a future course of action. This direction depends upon the capacity of the people and the vision of its leaders including the opposition and media. This year, the Republic witnessed two big developments in power-politics - one was the local elections in April and the other was the presidential election on Aug. 10 in which the Justice and Development Party (AK Party) received the majority of votes from the electorate.

These elections took place under painful circumstances when anti-Turkish elements are in full swing both within and outside of Turkey. Earlier, civilian governments were threatened by Kemalist elites particularly in the military and the Constitutional Court, but since 2010 members of the Gülen Movement, led by U.S.- based imam Fethullah Gülen, raised new threats with the full support of social media and Western media houses.
This certainly caused damage to the AK Party as they had earlier worked together. Gülenists also collaborated with the opposition Republican People's Party (CHP) whose leader in Turkish Parliament left the premises before Recep Tayyip Erdoğan reached Parliament to take the presidential oath of office. Gülenists have eight TV channels in Turkey and over $20 billion (TL 43.2 billion) business in schools in many countries. Members of the movement are also within the government machineries.

On the other hand, the U.S. and several other Western countries are opposed to Erdoğan for his views on justice for Palestinians and restrictions on Twitter and YouTube. Moreover, the Washington-based watchdog Freedom House released a report criticizing the Turkish government over increasing restrictions on the Internet and described Turkey as a "battleground state" in Internet freedom. This was purposely done before hosting of the Internet Governance Forum (IGF) in Istanbul in September. It also touched on the new Press Bill in Turkish Parliament that requires Internet news sites to register and name their owners and authors. This type of law went into effect on Aug. 1 in Russia. Erdoğan said, "The era of the old

Turkey is over. We are now in the era of a new Turkey, a great Turkey that carries the substance and spirit of the Republic."On Aug. 27 Erdoğan said, "On my last day as prime minister, in my last minutes as leader of the AK Party, I offer my hand to each and every one of the 77 million [citizens] whether they love us or not. I offer my hand in the name of my party, in the name of my government, in the name of the movement I led. I say we understand you very well, we understand your lifestyles and values. We know your demands and desires. And we want you to understand us, understand how we came to this point, what difficulties we have faced. We want to consider this day as a festival of our democracy, make peace and embrace the 77 million, create a unity of hearts under the flag of the Turkish Republic."

These oppositions are also part of political life, a state that is based on Western epistemological paradigms in which interests, profits, power and incentives are determining factors.Despite these factors, Turkish voters preferred the AK Party, Erdoğan and Ahmet Davutoğlu to lead the country.
The AK Party government exists at both the federal and municipal levels.Erdoğan also belongs to the AK Party.He became the first directly-elected president of Turkey by receiving 51.8 percent of the vote. For the first time, Turkish citizens living abroad had the opportunity to cast their votes in 54 countries for which the Turkish government had allocated $30 million. It is also worthy to note that, deputy heads, speakers, foreign ministers, ministers and other representatives from over 80 countries attended Erdoğan's oath taking ceremony on Aug. 28, in addition to eight regional organizations.

This certainly shows the growing legitimacy of Erdoğan who introduced his development agenda in Turkey in 2002 as prime minister. The AK Party is a conservative democratic party that believes in respecting values and identity but also extended a hand for reconciliation on the issue of the divided Cyprus, West Asia, Armenia, Greece and Balkan countries. It avoided violence against Israel for its crimes of killing nine Turkish citizens on the open sea when the deceased were on humanitarian flotilla bound for Gaza in May 2010. The AK Party is still hopeful for its integration with the West and EU membership despite several obstructions and objections made by the EU, which were not raised in the case of the membership of Cyprus and other eastern European countries.Both the president and prime minister of Turkey have unequivocally said they will prevent any force detrimental to the sovereign national government.

On Aug. 27 Erdoğan said, "The presidency and our new government will continue its determined and brave fight against this parallel structure [Gülen Movement], which betrayed the country. Those who had a treacherous stance against Turkey, our beloved nation and the government of the Turkish Republic will by all means pay the price for this. It is a burden on my shoulders as the new president to bring those traitors to account."
Davutoğlu said, "This mentality tries to overtake the state without shedding sweat, it will not be allowed.Junta seekers, lodges and the parallel state, those who want to seize the state by controlling the bureaucracy, will not be able to infiltrate.

"However, political expediency and contrivance require responsibility.They have assumed power and made promises to make further developments in the country. Turkey is expected to be the 10th world economy by 2023 when the Turkish Republic will celebrate its centennial. This is generally understood as a new shift of Turkey from old to new and from the first to the second Republican phase.