THE ZIONIST SMOKESCREEN OF ANTI-MUSLIM HATRED 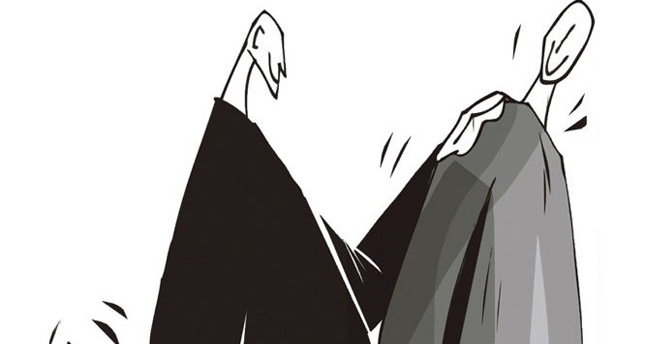 Numerous U.S.-based organizations are trying to promote political Zionism throughout the world mostly through movies and several forms of 'cultural propaganda.' The mindset behind these efforts can be regarded as the ideological landmark of the 'greater Israel' ideal

Yitzhak Shapira, a Zionist Jewish Rabbi living in the West Bank of Jerusalem, through a report prepared by Haaretz in 2009 said, "There is a reason to kill babies [in Palestine] even if they have not transgressed the seven Noahide Laws because of the future danger they may present, since it is assumed that they will grow up to be evil like their parents." I believe this sounds quite familiar to you, does it not? The death toll from the latest Israeli operation in the Gaza Strip surpassed 2,100 according to the Middle East Eye online news portal, with the majority of the deceased innocent civilians including woman and children. Nevertheless, one can understand this statement ever better by contrasting it with the attack upon the U.N.
Relief and Works Agency for Palestine Refugees in the Near East (UNRWA) school that was shelled by Israeli military aircraft, resulting in the deaths of 15 innocent people taking refuge there. With all that is happening, one must ask how we can still be so unyielding and insensitive to it all.

It is quite obvious that Israel is running overt, narcissistic anti-Muslim policies against the oppressed Palestinian population. It can openly be seen that the politics Israel is playing are not race-related, but rather religious. Gilad Sharon - the son of former Israeli Prime Minister Ariel Sharon - wrote in an op-ed in Haaretz: "We need to flatten entire neighborhoods in Gaza. Flatten all of Gaza. The Americans didn't stop with Hiroshima - the Japanese weren't surrendering fast enough, so they hit Nagasaki, too." To answer the first question above, one must ask a second question of what Israel's role is in this anti-Muslim campaign besides military occupation, and who is behind this Zionist smokescreen of anti-Muslim hatred?
Those who watched the anti-Muslim movie "Obsession" (2007) would have probably noticed three main sorts of images presented to the audience it was trying to persuade: Nazis, Palestinians and Muslims. The aim of the association between these three images is actually quite clear: To cherry pick imagery to link Palestinians as a medium and associate them with the Nazis of Germany and dish this up to the world, which serves as a subliminal and psychological foundation for Israel to justify its Zionist policies in the mind of the audience. This shows the importance of the media as 28 million DVD copies of "Obsession" were put between newspapers and delivered to the general public. Copies of the film were also given freely to tourists who were going to Israel. If we look close enough, we can see how much Israel plays a role in anti-Muslim hatred. What is little known is that the directors of "Obsession" were linked with both the Islamophobic Clarion Fund and Aish HaTorah, a right wing Israeli organization promoting the expansion of Israeli settlements through military operations.

It is known that the driving force for the circulation of the movie was the Endowment for Middle East Truth (EMET), a right wing lobby that has regarded Israel as the "canary in the coalmine," arguing that "Muslims are trying to expand Islamic hegemony." The group's founder, Sarah Stern, is known to have extremely close ties with many pro-Israeli nationalist politicians, diplomats and organizations including the Zionist Organization of America (ZOA).

While 1,500 police in training from the New York City Police Department were watching "The Third Jihad," the second Islamophobic movie made by the Clarion Fund, a narrator in the film says, "This is the true agenda of much of Islam in America. [...] a strategy to infiltrate and dominate America. [...] This is the war you don't know about," as images of Christians being shot in the head, a black "Muslim flag" on top of the White House and cars exploding, again like Clarion's previous film, cherry picking imagery. Nonetheless, the main message given was that Muslim's anger against the crimes Israel has committed is equal to anti-Semitism, which is yet again trying to create a negative perception of Muslims being angry with Israel's crimes as being anti-Jewish hatred to provide justification for the crimes Israel is committing.

"Iranium," Clarion Fund's third film, uses a more academic approach to their slander of Muslims and the Middle East - trying to brainwash and entice the audience with the use of Samuel Huntington's approach in "Clash of Civilizations." The film states: "There is unavoidable conflict due to fundamental cultural differences between Islamic and Western civilizations," though the main objective of this argument is to countenance Israel's approach to politics toward Iran's nuclear program, and to try to set a mental infrastructure in the minds of the audience in the case that Israel has to attack Iran for its "personal security." Is this approach used in "Iranium" not remind you of the justification Israel puts forth when attacking innocent civilians and children in Gaza and the West Bank?

What should be of note here is that all three films were aired by the Jewish Federation of Greater Philadelphia, local B'nai B'rinth chapters, the Anti-
Defamation League of Dallas and Hillel: The Foundation of Jewish Campus Life at Colleges, it can easily be understood that the main objective of all three films is to promote political Zionism through Jewish social bodies and institutions. Now the question arises: who is behind the "Zionist smokescreen" as IRS forms show at least $17 million (TL 37.32 million) was funneled to just "Obsession" alone?

The funders behind the Zionist smokescreen can be divided in two: those who promote funding for materials and those who actually provide the necessary beneficiaries for funding illegal Israeli settlements, especially in the West Bank. There are seven main funders who promote anti-Muslim hatred, of which four are openly pro-Zionist and three that blatantly fund illegal Israeli settlements. The three organizations who have provided almost 82 percent of funding are the Lynde and Harry Bradley Foundation, Richard Mellon Scaife Foundations and the Donors Capital Fund have provided a total of more than $42.5 million together.

The first of the four organizations that are funders of anti-Muslim hatred and are openly pro-Zionist is the Becker Family Trust who is said to be "a giant in Israel philanthropy" - showing why they had given more than $650,000 between 2006 and 2010, and another $75,000 to the Clarion Fund between 2008 and 2009 for pro-Israeli propaganda totaling $1.13 million. The second is the Anchorage Charitable Fund, which at the moment is partially run by Nina Rosenwald - a former board member of the Zionist American Israeli Public Affairs Committee (AIPAC) lobbying group is described as "the sugar mama of anti-Muslim hate." Rosenwald had provided more than $2.8 million in funding to anti-Muslim publications and campaigns. The Fairbrook Foundation is the third organization that provides unhesitant support toward funding illegal Israeli settlements. The Fairbrook Foundation has provided more than $5.5 million according to U.S.Internal Revenue Service (IRS) records. The Russell Berrie Foundation is the last of the four which are outspokenly pro-Israeli as their tax records show they have given at least $3.1 million to anti-Muslim campaigns and more than $820,000 to the Investigative Project for Terrorism, a project chaired by Steve Emerson, known for being Islamophobic.
The Becker Family Trust, Anchorage Charitable Fund and Fairbrook Foundation clearly view supporting illegal Israeli settlements as compatible with their organizations' missions. One should take into consideration that these settlements are illegal according to the Fourth Geneva Convention.

Besides organizations and lobbies, individuals also have great influence on the spread of Zionist propaganda and Islamophobia. Barry Seid is just one of the many to mention. Seid is a Jewish millionaire and president of the computer hardware company Tripp Lite. Seid poured $17 million into Clarion's "Obsession" film and received an honorary degree from Bar-Ilan University in Israel for "supporting those organizations which will fortify Israel's position in the world."

In conclusion, by looking at what's going on behind the curtains with pro-Israel lobbies and individuals such as Barry Seid, one can understand why the killing of over 2,000 innocent civilians including children, the oppression of Israel upon the Palestinian population and its illegal settlements in the West Bank is so obsolete in the lives of the Western populace. The subliminal foundation work and funding done by the above corporations, organizations, individuals and lobbies works to desensitize Western people to the events going on in Palestine and the Middle East in general, and emotions, conscience and humanity is lost because of it.