The consequences of Scottish independence 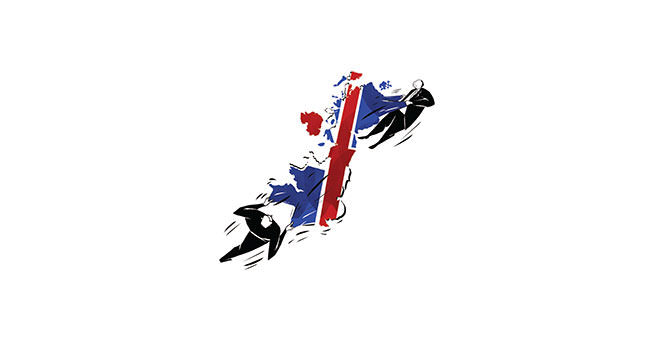 Sept. 18, the Scots will make a significant decision by casting their votes either for or against independence. Two related issues are attracting much curiosity: If Scotland becomes independent, how will the rest of the island be effected, and can this independence create a domino effect throughout Europe?

Scotland will decide in a referendum to be held on Sept.18 whether or not to end its 307 year union with England. It seems that it is a much closer race than many had expected. According to YouGov poll, "no" votes have gained ground since early August and is currently at around 52 percent.

Of course, we do not know the result of the referendum, yet. What we know is that the Scottish independence vote will, for sure, have significant impacts on the rest of the U.K., Europe and the world.

The Balkanization of Great Britain: the United Kingdom without Scotland

The "Yes" camp puts forward 10 reasons to vote "yes" in Scotland's Referendum for Scottish Independence such as making a fairer Scotland by moving all powers to Scotland, getting the government Scots choose, no more building nuclear power plants, securing oil funds in the North Sea, having resources and finances to become independent and creating more jobs among others. These are the benefits for an independent Scotland. What about the disastrous consequences for the U.K.?

Global financial institutions have already made dire predictions and warned clients about the disastrous consequences of Scottish independence. While some predict that Britain's growth will be almost a percentage point lower next year, the value of the pound has fallen sharply in recent days and it will keep falling.

Scottish independence would also cause the U.K. to lose oil revenue. During the last 40 years around 300 billion pounds ($487 billion, TL 1.08 trillion) of tax revenues poured into the U.K. treasury from 40 billion barrels of oil. Now, it is expected that the U.K will lose more than half of it if Scotland becomes independent.

Another thorny issue is the amount of the U.K.'s national debt. Currently, the U.K. has 1 trillion pounds of national debt. It does not seem that the Scotland will take on a share from this amount. Recently, Scottish First Minister Alex Salmond from the Scottish National Party, who is leading the "Yes" campaign, said that he may not agree to take on Scotland's share of the national debt if Scotland was not allowed joint control of the pound.

The first consequence is, of course, the end of the 307 year union with the rest of the U.K. People like London Mayor Boris Johnson from the Conservative Party call it "the greatest political union ever." Another consequence will be the alteration of the calculus for national politics in the rest of the U.K. The Labour party has 41 members of parliament in Scottish seats while the Conservative Party has only one. That is why, as the Labour former Minister Europe Denis MacShane mentions, Scottish independence is likely to end any chance of Labour winning power in the U.K. without Scotland.

If the "Yes" camp wins, Prime Minister David Cameron would be faced with pressure to quit as the Conservative and Unionist Party espouses British Unionism as one of their philosophies.

Currently he is insisting on not resigning because some Scottish voters might join the "Yes" camp if they thought that this would eject him from power. Nevertheless, it is highly believed that if Scotland becomes independent Cameron will face a vote of no confidence.

Scottish independence could also destabilize Northern Ireland despite the following statement made by a spokesman for the Democratic Unionist Party (DUP): "If Scotland were to leave we'd regret it, but that wouldn't ultimately change our place in the U.K." However, it is obvious that if Scotland left the U.K., it would weaken the union and make an independent and united Ireland more attractive.

In addition to these consequences, there could be some consequences that negatively affect Britain's influence on the world stage. For instance, membership in the EU is a controversial issue in the U.K. As we all know, there will be an in-out referendum by 2017 in the U.K. if David Cameron remains prime minister after 2015. If Scotland votes for independence and Euroskeptics prevail, then it will be more likely that Britain would leave the EU as Scots are more enthusiastic continuing membership in the EU than the rest of Britain.

Also, the old U.K. might lose its right to have a seat on the U.N. Security Council if Scotland and the new U.K. become two new states. Some commentators do not believe that it will be an issue as a new U.K. would retain the greater share of the population (92 percent) and territory (68 percent) of the old U.K. Yet it is highly possible that this issue will be exploited by Britain's rivals in the forthcoming days.

If Scotland votes "yes," the light at the end of the tunnel will shine on Catalans and Basques in Spain, Flemish separatists in Belgium and the Northern League in Italy. Among others, it is highly possible that Scottish independence would embolden Catalans to secede from Spain. The Spanish region of Catalonia has 7.5 million residents.

While the region has its own language, it represents around on fifth of Spain's $1.4 trillion economy. Although Catalans have not been granted a legally binding referendum on independence, the Public Diplomacy Council of Catalonia alleges that about 55 percent of Catalans support independence.

Therefore, in November 2013, Spanish Prime Minister Mariano Rajoy made a statement about Scottish independence in order to threaten Catalans: "It is very clear to me, as it is for the rest of the world, that a region that obtains independence which is part of a nation state of the EU will stay outside the EU. It is good that the citizens know this, the Scots know this, as well as citizens of the EU."

To sum up, it is unequivocal that the referendum will have impacts on the rest of the U.K. and Europe. One of the obvious impacts will be the one that emboldens independence movements across Europe.

However, the question must be asked: Is the world ready for these small states? Where does it end? Let's continue with two separate quotes. The first from Paul Krugman in The New York Times: "Well, I have a message for the Scots: Be afraid, be very afraid. The risks of going it alone are huge. You may think that Scotland can become another Canada, but it's all too likely that it would end up becoming Spain without the sunshine." The second from Niall Ferguson in The Telegraph: "Why doesn't Oxfordshire secede from England? Why doesn't our local village declare independence? Come to think of it, why don't I just establish Fergusonia as an enlightened, absolutist monarchy with free beer and an income tax rate of 1 per cent?" We do not have any right to dictate anything to these communities. What we have is conventional wisdom to decide whether becoming independent is going to solve all the problems we have.